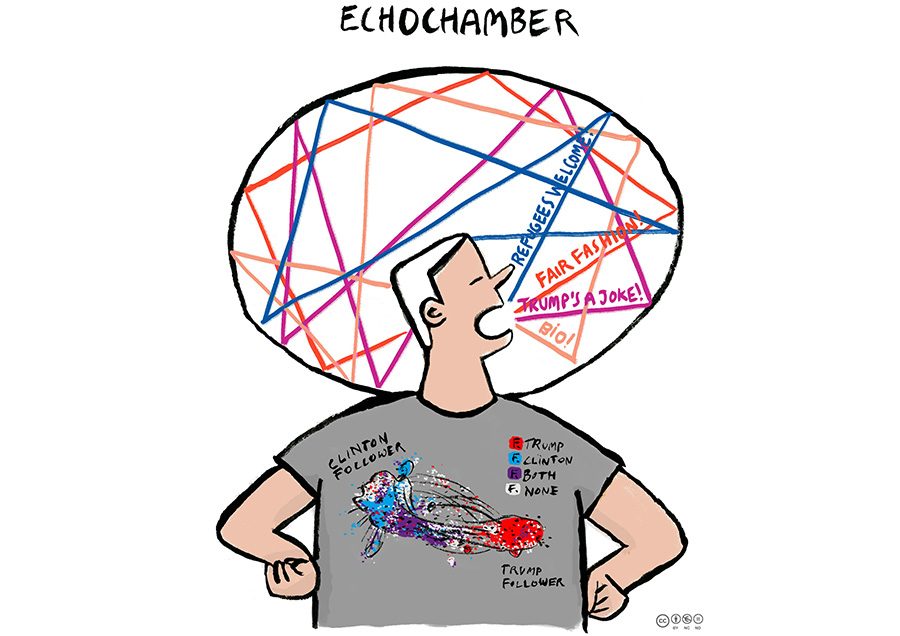 Gallery Alex Klobouk Alex Klobouk - Echo chamber
Echo chambers are filter bubbles are created while we navigate through the Internet using social media and search engines. We like, subscribe and share information. This information is used to create tailor-made offers for us. When it comes to merchandise, this may be useful. When it comes to people and opinions, it is dangerous: if a provider only suggests friends, groups and information that match me, this confirms of prejudices and one-sided, dogmatic visions.
| Illustration: CC BY-NC-ND

Populism and nationalism are spreading all over europe and beyond. One very important means to spread propaganda and campain inconsiderately is the internet.

It is not easy to always know what is right, so to dismantel internet manipulation, it is important to know how it works and to train our media awarness.
Here´s a little illustrated introduction and a useful KIT for MEDIA AWARNESS.

*T-Shirt: llustration of twitter echo chambers. Followers of Hillary Clinton and followers of Donald Trump hardly connect and therefore are not aware of the others worldviews.
NZZ http://bit.ly/2juQQgn / VICE http://bit.ly/2h1Dw1T 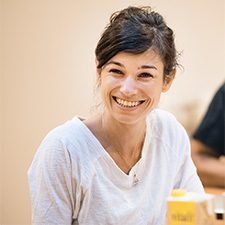 She published several books, of which 3 were awarded by Stiftung Buchkunst as 1 of 25 most beautiful German books. Her conceptual and illustrated work is published in diverse international Magazines and newspapers such as ZEITMagazin, Das Magazin, FAZ, Kurier.

Alexandra Klobouk is involved in the area of intercultural communication and against xenophobia. She innitiated the project BILDKORREKTUR, which served as source of insipiration to the here presented PICTURE POLITICS.