What actually is an artist residency and what is it good for? If you have ever asked yourself this question, you could have hoped for an answer at Goethe-Institut / Max Mueller Bhavan in February 2019. Jean-Baptiste Joly, former director of Akademie Schloss Solitude in Stuttgart, Germany, was on a visit and was joined by three Indian artists in a discussion on the purpose and experience of residencies.

Joly’s introduction was crisp and elegant. There can hardly be a better expert on the subject than the French scholar of German studies, curator and culture manager who has been associated with artist residencies for 30 years. Nevertheless, Joly believes that residencies are better described ex negativo: ‘A residency is no museum, library, theatre, or school,’ but ‘an institution without a teacher, a retreat from daily life, a laboratory, a networking machine.’

The origins of the artist residency can be traced back to the 17th century, or, more precisely, to the year 1666 when the French Sun King, Louis XIV founded The French Academy in Rome. In contrast to today’s residencies, a stay at The French Academy had a specific goal, says Joly. French artists were supposed to learn how to copy the exquisite Roman sculptures. The best among them were appointed court artists.
In contrast, the focus today is on the free space that a residency offers. More familiar to us than The French Academy in Rome is therefore the ‘Secession’ model dating back to the late 19th and early 20th century when artists in Europe turned their back on academy art and large cities.

The movement gave birth to an artist colony in Germany in 1889, in Worpswede, near Bremen and the garden city of Hellerau in Saxony. This is where Adolphe Appia’s legendary ‘theatre space’ opened in 1911 with a stage lighting concept that revolutionised theatre.
The state of New Hampshire in the US has been home to MacDowell Colony since 1907 and around 8,000 artists have worked in residence here. Its motto: ‘MacDowell makes a place in the world for artists because art makes the world a better place.’

established all over the world

As was the case with Akademie Schloss Solitude in Stuttgart, Joly’s former place of work, most of these residencies are identified with a particular place, a city, a building or a landscape, such as the Künstlerhaus Bethanien in Berlin, Cite Internationale des Arts in Ile-de-France in Paris or diverse formats in the deserts of Texas. Joly goes on to say that Schloss Solitude now also offers online residencies as well because ‘the practice of art online also needs to be visible’. Micro residencies are relatively new.  Largely private initiatives in South-East and East Asia, they remain under the radar of the public at large. ‘They appear and disappear.’ 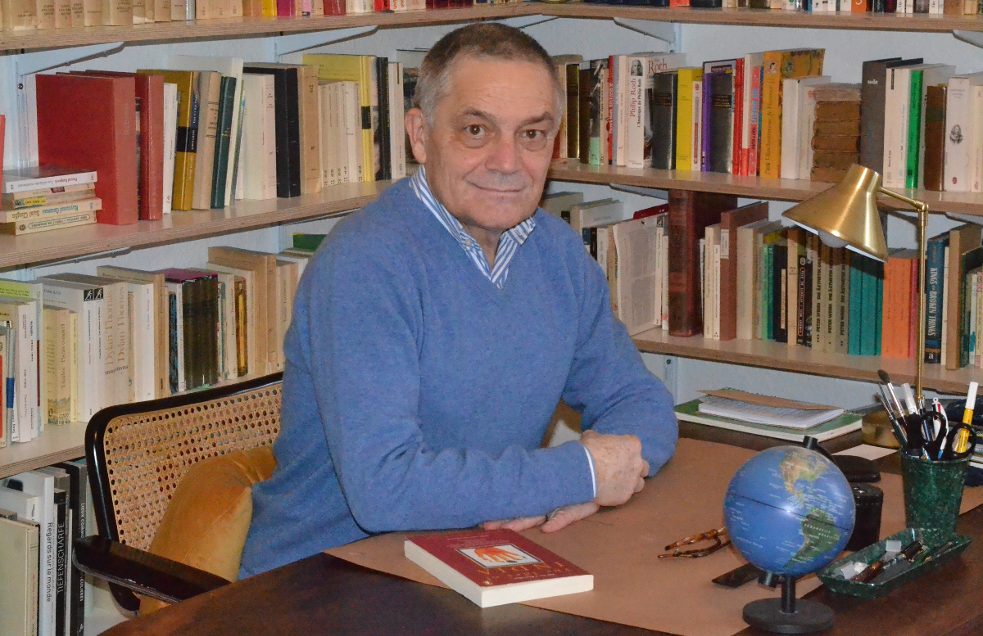 Jean-Baptiste Joly | © Jean-Baptiste Joly Residencies, says Joly, are places where artists have time and the energy for their work. The artists must, however, – and this is an important aspect – first be clear about their financial status before taking up a residency offer. ‘Only 10 per cent of the residencies offer fellowships or scholarships.’ However, besides time and space, a residency also promises interaction with like-minded people, recognition as “an artist to be taken seriously” and support in organising exhibitions and public events.

The empty frame or ‘time without qualities’ is, however, no guarantee for producing successful art. On the contrary. Speaking from experience, a residency can also trigger ‘fear of the unknown’, says Joly. Uprooted from the bustle of everyday life, one has to ‘deal with oneself.’ But the good thing is that one can as such also ‘take pleasure in failure’. ‘At the end of the residency, one knows more about oneself,’ says Joly.

fear of the unknown

This was endorsed by the Indian artists at Max Mueller Bhavan when they spoke about their personal experiences of residencies at the event, which was moderated by Leonhard Emmerling, Programme Director.

‘The residency at Schloss Solitude changed my life,’ said Jasmeen Patheja, an artist and activist from Bangalore. Founder of the Blank Noise project, which creates awareness of sexual and gender-based violence through street campaigns, Patheja spent a total of 14 months spread over three years at Schloss Solitude. ‘I work a lot on the streets where everything is urgent. The residencies in Germany have helped me change the tempo,’ she says.  She claims it helped in producing her film. ‘I had the time for it!’

Prashant Prakash, actor and author from New Delhi, is known for testing the limits – personal and theatrical – with his theatre group called Crow. He admitted that he belongs to those who had to ‘take pleasure in failing’. ‘After a year at Schloss Solitude, we were unable to finish our project on time. But to have such a conducive space was an extremely valuable opportunity.’

Shuddhabrata Sengupta, artist, author, curator and co-founder of the Raqs Media Collective in Delhi, has been to Schloss Solitude three times – not as resident but as jury member, which gave him an insight into the experiences of several artists who have worked there. ‘A residency really does influence your life,’ says Sengupta. ‘Gifted time,’ he says, and as juror he therefore looks for people who ‘understand what it means to spend time.’

‘I don’t want any standard proposals that are simultaneously submitted to other institutions. In a residency, artists should do something they have never done before, something that transforms their lives.’ For Sengupta, the experience of an artist residency is summed up by the lines of the Turkish poet, Nazim Hikmet:

To live! Like a tree alone and free Like a forest in brotherhood This yearning is ours!"