In Search of Sky

Choreographer Lina Gómez shares the process of creating with students, rather than simply teaching them.

A pile of bodies, inanimate but not quite. Arms over hips over legs over heads lie in loose contortions at the centre of the room. The audience gathers around, along the walls, gazing at this indefinite sculpture of humans. Some audience members adjust themselves, sit down or stand up, to get a better view. It is hard to tell what is going on.

There isn’t an abrupt beginning. The constellations of bodies start to change shape, incrementally. Always close to the ground, they unwind and rewind into each other like one, large creature. Soon, their breath becomes faster. Then their movement. They begin to sing. And speak indiscernible things, scattered with mentions of historical events. The frenzy never comes but calm emerges again. Limbs rise to the sky, offering gestures. Formations appear from chaos and the bodies dissolve to amorphous shapes on the floor once again. 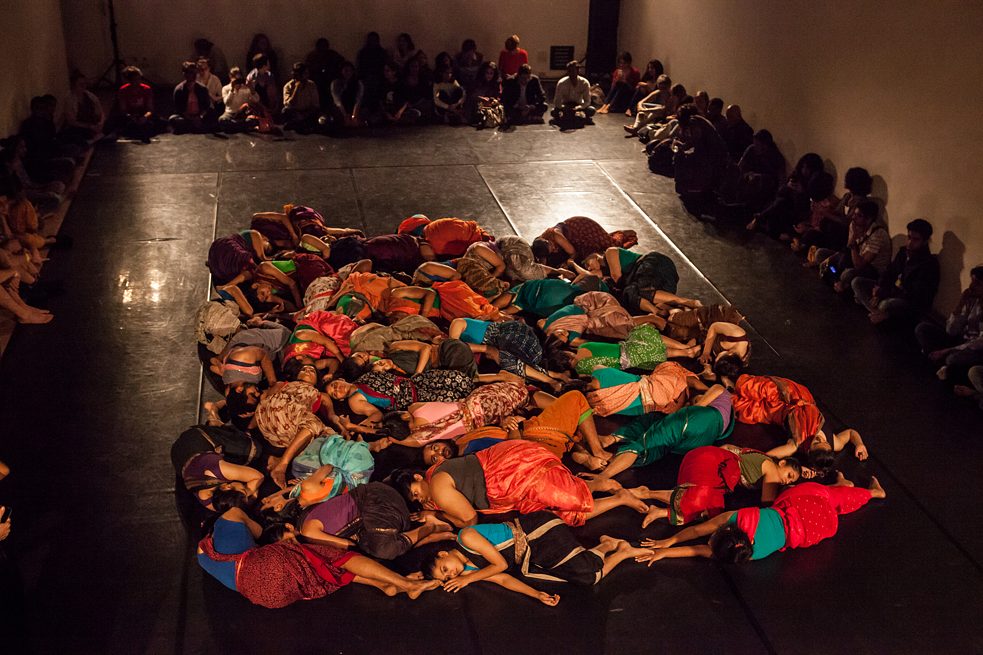 © Laura Fiorio “It is not that I choreographed a piece on them,” Lina Gómez said, speaking of L a n d s c a p e s or how the clouds came slowly down and touched my feet, her performance/installation that she made in collaboration with the first-year students of Attakkalari Centre for Movements Arts. She eats a plate of French fries as we speak - her first after a bout of illness amid performance making. Waving a chip in one hand, she insists that she wasn’t interested in teaching students or treating them as bodies upon which to lay her ideas. “I was interested in how I can create a dialogue with the students, with what’s happening here”, she said. The eventual culmination of this dialogue was a performance/installation that encourages audiences to view bodies in unison and in isolation, as a landscape and as a surface within a landscape. More importantly, to Lina, the work with its proximity to the floor, is an invitation to look up at the sky.

“When I came to Bangalore I realised there was no space in the city to view what is above us. Everything required me to look down or at eye level - even for safety. That’s how you navigate the city. And everything I saw on the ground was in these piles… of stuff. I was intrigued by this way of organising things in piles and also the place of the sky.” The work Lina created with the first-year students (she made another work with the second-years) grew out of these thoughts she had after arriving in Bangalore. Over the weeks, she offered these ideas to the students and the work took its own direction with the students’ responses and concerns. 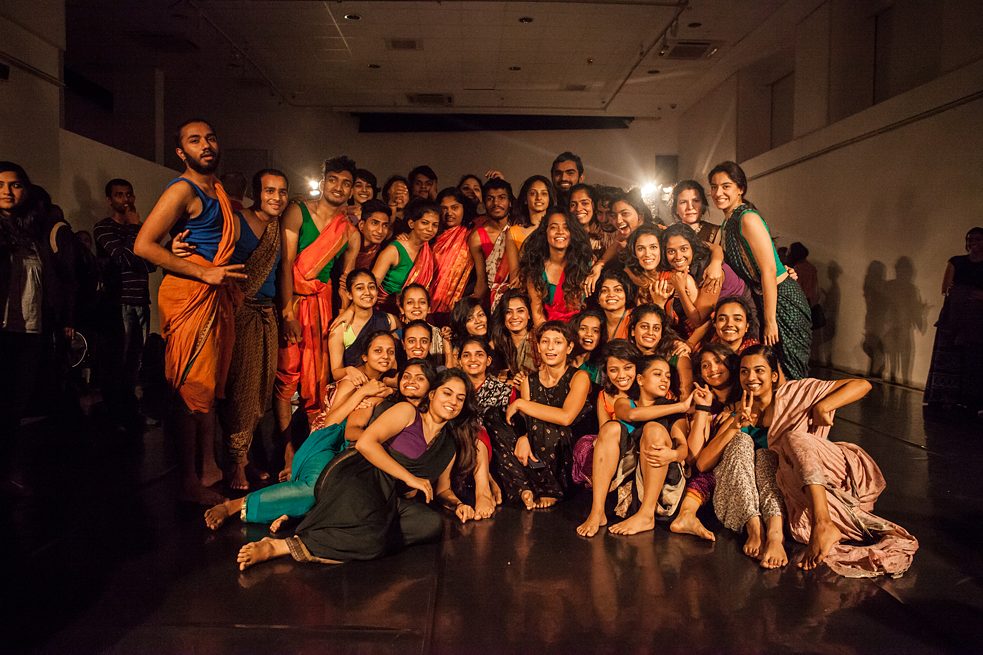 © Laura Fiorio Early in her residency at Attakkalari, Lina had to redefine her role to the students. They had expected a teacher who would teach them a formal technique, much like in their other intensive daily training. On her first day, she asked students to write down what they wished for during her time with them. Several students wrote that they wanted to do more of this style or that move. But within those answers, she found ones that seemed more curious to her. These were about habit and texture - desires to explore the process of making dance works. And it was these responses that fuelled her work. “I came in as a teacher but then I became a provocateur”, Lina said.

Every day, Lina instigated improvisatory exercises that she calls encounters (as opposed to modules or lessons). She gave the students tasks based on her own methods of working and also the freedom to move beyond those. “I found that the students showed a really competent sense of dramaturgy and that was great!” Lina said, enthusiastically, “Slowly, they grew more confident about making their own choices.” The students also wrote about the process regularly and responded to secondary texts that Lina brought into class. For her, it was important to engage with them critically as well as physically.

“I am very interested in the demystification of dance education”, Lina asserted, now having moved on to demolishing a brownie, “it’s one of the reasons I applied for this residency.” Whenever Lina had encountered someone from the Indian dance scene, she noticed that Attakkalari’s name always came up, and she was curious to learn about the organisation. “When I came here, I found that the institution is conservative and also has a wish not to be. That’s very interesting… Students are given a sense of discipline in their training and that is very important. But it is also important to find different ways of creating discipline, especially if you are going to make your own work.”

At the heart of Lina’s project seems to have been a desire to move students beyond their role as students and towards being creators in their own right. It wasn’t so much about the organisation of bodies into landscape that mattered to her, as much as what transpired between the students in getting there - their discoveries, agreements, and contestations. Lina put down her fork and looked up seriously: “They don’t need to know what they will be when they become artists, but that they are artists.”