With Christmas just around the corner, two sisters, Vivi and Lara, decide to visit their grandmother Eva in the far north. But what was meant to be a cosy family celebration is quickly spoiled. First, the shock when the two erroneously believed Eva to be dead! Scarcely have they recovered from this shock when their mother Sonja, with whom they have always had a difficult relationship, enters the picture. And this is only the beginning of a Christmas that holds many surprises for the family...

With the three temporal editions, the protagonists and supporting characters are embodied by different actors and actresses, which means that you will have to delve into the story a bit deeper so as not to lose track of the relationship.

“Holiday Secrets” does an excellent job in crafting its characters amid an elaborate timeline. It is an impressive feat.

At the center of the story are generations of unusual women who must finally come to terms with the secrets of the past in order to reconcile before it is too late. 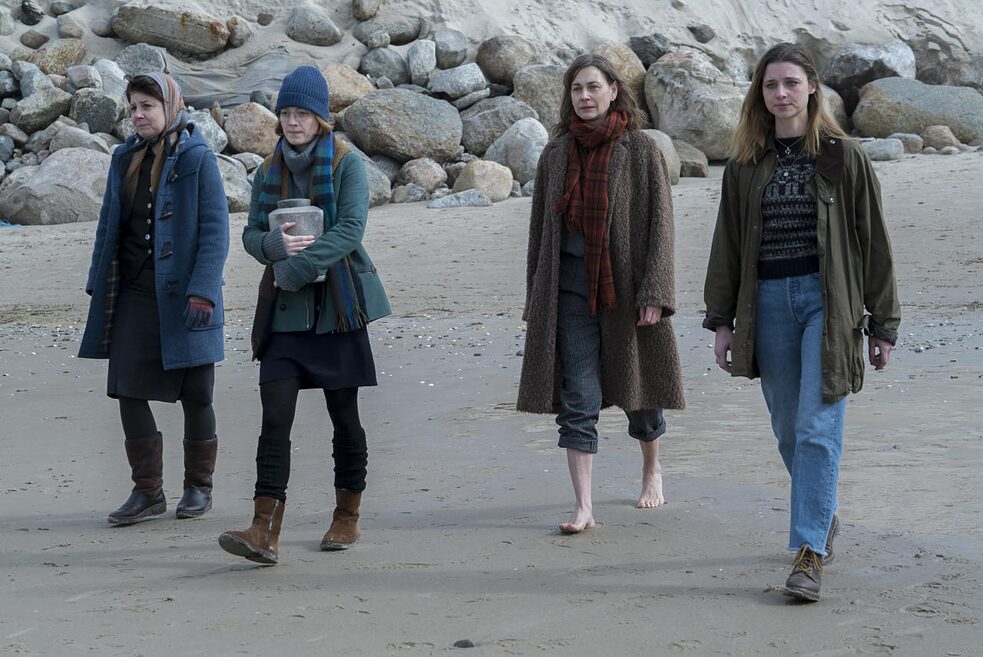 Nik Konietzny/Netflix
For however different they all think they are, they are always drawn back to each other. From the face of it, which seems like just another Christmas story, it is actually more. It is about their choices between freedom and sacrifice. It is a story about the spirit that lives on as an invisible being in these women over all these years.

The puzzle is whether there are certain things that can be passed on from one generation to another and whether one is ever truly free from what happened before one's time.