The Dictionary of Nonsense is a project attempting to occupy time to think through the idea of ‘nonsense’. As an exercise, each alphabet of the word NONSENSE has been expanded with a word that acts as the trigger for further exploring the idea of sense and nonsense. These eight words have been carefully selected to present direct, hidden meanings and as points of departure. The engagement to the word will sometimes be a direct response to the meaning, sometimes a counter reaction and sometimes attempting to make absurd connections.

The attempt will rest on investigating how we get offended, our lack of tolerance for each other and to find new ways to reconnect our lives by breaking into the idea of freedom through exhibiting and engaging with nonsense, as an idea, explored linguistically, socially, politically and visually in a playful manner, to invoke humour and contemplation within the everyday. The project will unfold within the site www.dictionaryofnonsense.com. It will expand as a series of engagements leaving behind traces archived for active interaction. 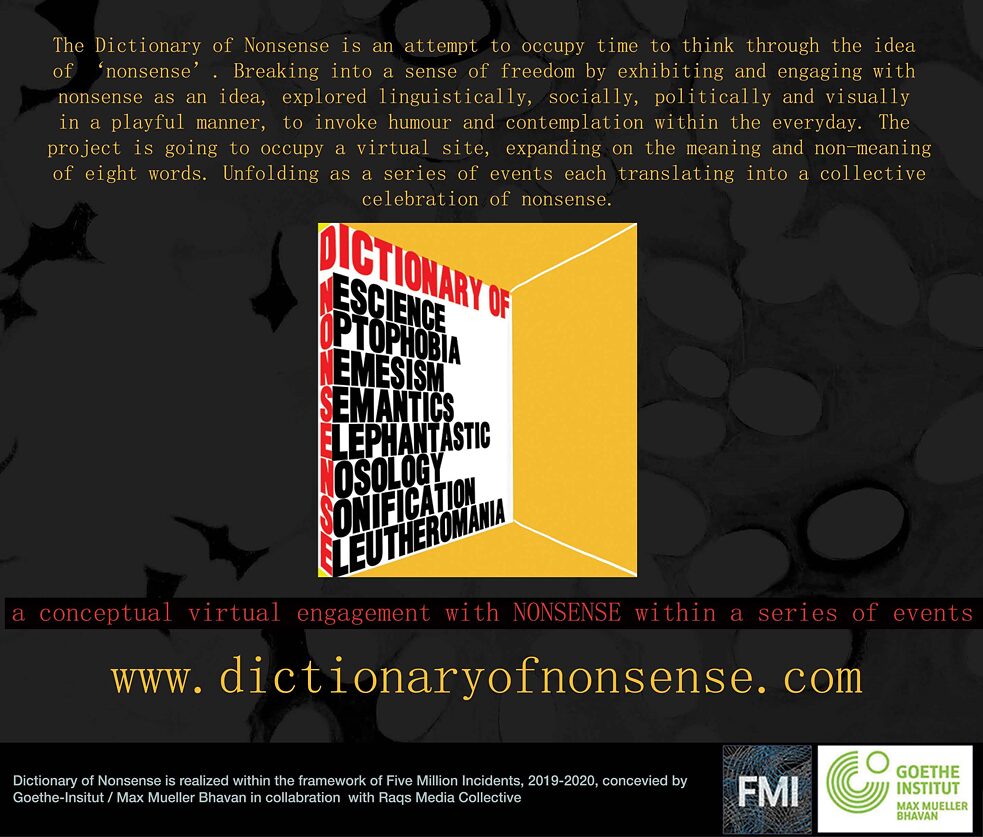 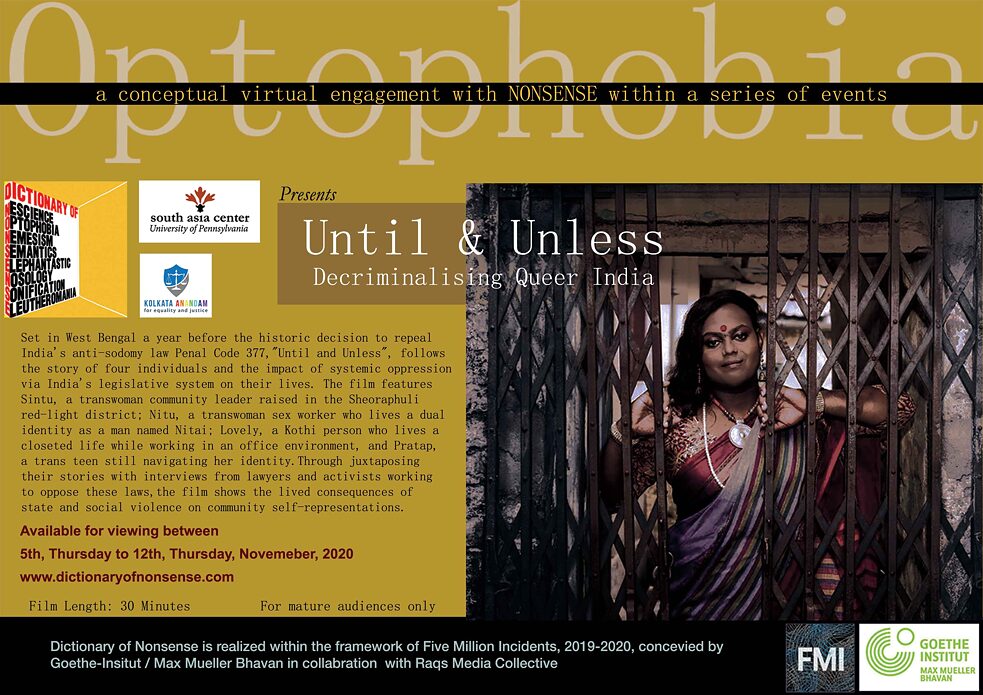