This edition of COMPUTER MUSIC at The Courtyard stretches the definition and boundaries of computer music. An exciting session with misbehaving algorithms, code programmed in real time and electronic artifacts that have been abused and misused to produce music.

The bangaloREsidency, a Goethe-Institut / Max Mueller Bhavan initiative, is proud to showcase artists that have made Bangalore one of the most vibrant centres for experimental and electronic music. 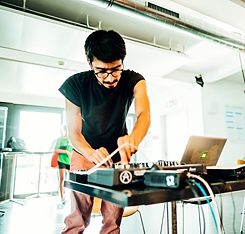 © Carlos Andrés Rico
With his music interventions, Carlos Andrés  Rico transforms daily sounds, places and interactions into art by constructing a new soundscape, a new territory which results from the symbiosis between music, performance and the city. Carlos Andrés Rico is currently bangaloREsident@Maraa. 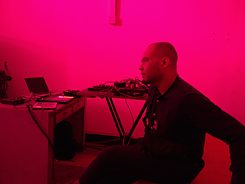 © Hemant Sk Hemant Sk is a Bangalore-based live noise performance act that uses psycho-acoustics to explore the machine in the ghost. Using custom algorithms and live coding the performances evoke sensations of a data exorcism. Hemant Sk will be the next bangaloREsident-Expanded@Experimental Radio in Munich. 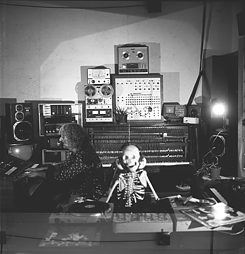 Foto: A. Dhariwala © The Indian Sonic Research Organisation builders. They perform with homemade instruments and operate a community laboratory for electronic and experimental music in Bangalore. Their pedagogical interventions in the form of workshops have won them numerous accolades and awards. Besides performing regularly in Bangalore, they have performed at venues in Germany, Switzerland, Japan, South East Asia and North America. Artists working at ISRO are the recipients of numerous international awards for art, sound and technology. ISRO operates a 3D sound studio and is also a bangaloREsidency host. 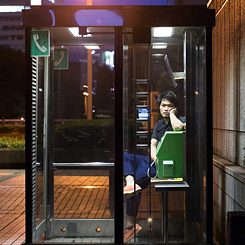 © Shun Owada Born in 1985, Shun Owada is a Tokyo-based sound artist. Having an interest in physical/physiological aspects of sound, he explores the relationship between sound and perception of (living) things. His works vary from live improvisation using computers to sound installation. He is in India for a 1-year residency under a Pola Art Foundation fellowship.


Organised by The Indian Sonic Research Organisation with support from the Goethe-Institut / Max Mueller Bhavan and Srishti Institute of Art, Design and Technology.