In our interview, Urbanscreen managing directors talk about the light art and media installations they presented.

You design and create light installations. How is this done, and where do you get your ideas?

Till Botterweck: Developing concepts is something we do all the time. It’s our main job – projecting an image relating to a particular theme onto a building facade or other place. If we already have quite a lot of information, as is the case with the Goethe-Institut commission in the US, it is relatively easy to come up with an idea because we have a clear sense of what is needed. The first step is normally to do some research. 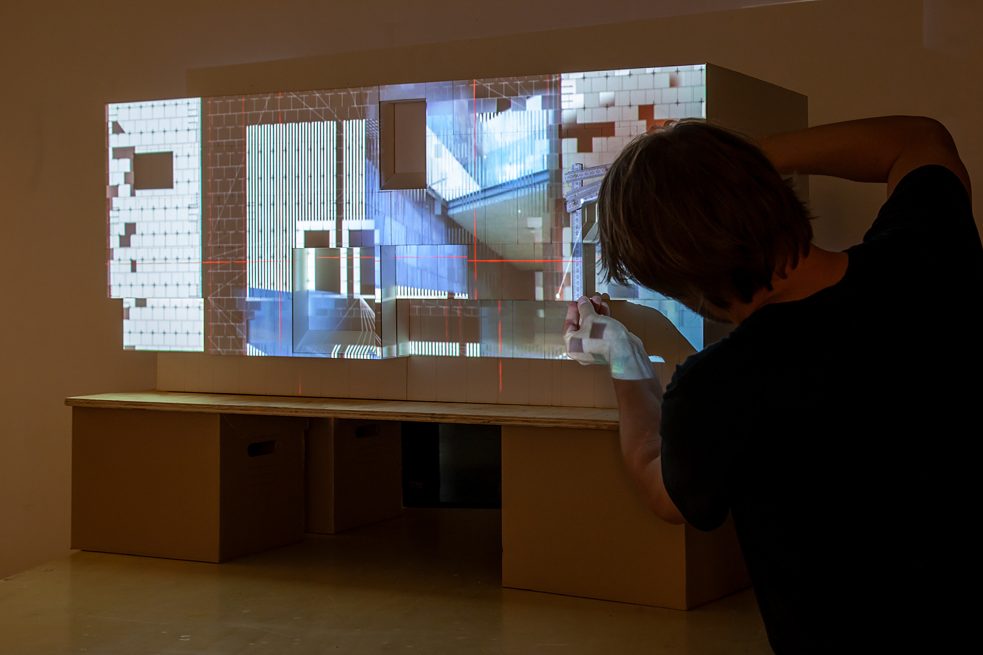 © URBANSCREEN So which specific parameters were set?

Majo Ussat: The three buildings were givens: the German ambassador’s residence in Washington DC, the public library in Atlanta, and the Athenaeum in Indianapolis. Our concept also had to be of relevance to German-American relations, and ideally have something to do with the architecture of the buildings.

Three places and three buildings – did you create a bespoke concept for each, or did you want to come up with an overarching concept for all three?

Botterweck: We devised three possible approaches in an attempt to explore the direction we wanted to go. And we found that all three ideas would work. So we applied each idea to a different place and adapted it accordingly.

How exactly do you project images so precisely – to the nearest centimeter – onto a building’s facade so that they fit perfectly?

Ussat: We always think on two levels – on the artistic and content level, and on the technical level. The basic question to be answered is how in fact we will illuminate the building in the first place, considering where the projectors might be set up and where the audience will be. The ambient light situation is also very important when it comes to choosing the right projectors.

Botterweck: First we scanned the buildings so as to be able to model them in 3D. Using special 3D programs, we then inserted the projectors virtually and checked whether four projectors would be enough, as is the case in Atlanta and Indianapolis, or whether we would need six, like in Washington, to reach all the different angles. We can determine this in the 3D program, and can then calculate the square meters and light intensity. We also build miniature models so that the art directors can rehearse and get an idea of how it will actually look on the building in real life.


What are the particular challenges of the sites in question?

Ussat: In Washington we have to work with a building that has rather austere architecture and pillars in front; we need to illuminate them without casting any shadows on the building behind. The technical challenge is to project equally sharp images onto all the different surfaces.

Botterweck: At the German ambassador’s residence in Washington DC there will be a reception with a concert and invited guests. That is where we will be premiering our installation together with the Koblenz Military Band, which will give a live performance that evening to accompany our projection.

Ussat: We first had an entirely different idea for Atlanta, but then changed our minds completely when we arrived on site. Now we are presenting a highly graphical projection in collaboration with local youth groups who will dance hip-hop – a kind of “Bauhaus meets hip-hop”. We find the concept that is evolving there really exciting. The challenge in Atlanta is that the public library is situated on a block without much space around it – so we have to install our projectors there in a building, and on the roof of a gallery on the other side. There are also quite a few trees in the way, so it won’t be easy.

Botterweck: In Indianapolis we will be working for example with a brick building with somewhat filigree architecture; the surfaces are not all red, but also white.
Ussat: As a result, the impact the colors have differs considerably.

Year of German-American Friendship – production process from URBANSCREEN on Vimeo.


To what extent are you incorporating the Deutschlandjahr motto "Wunderbar together" into your work?

Botterweck: Pretty well. One approach is to combine German and American words. We use so many anglicisms in Germany – everything has to be “cool” and “dating” and “event” is used all over the place. Many German words are also used in the US, however, though Americans are often not even aware that they are German – like kindergarten, sauerkraut, bratwurst, and zeitgeist. We have incorporated a huge list of words. It wasn’t exactly planned, but the title “Wunderbar together” fits in perfectly.

Ussat: That will be the opening event at the German ambassador’s residence in Washington: a really colorful overture will be projected onto the building, accompanied by live music courtesy of the Koblenz Military Band. The slogan will then appear at the end.

Botterweck: We asked ourselves which German brands and celebrities Americans would likely find good and interesting. During our research, we came up with names like Jürgen Klinsmann, Dirk Nowitzki, Albert Einstein, Marlene Dietrich, Max Ernst, and Werner Herzog, all of whom are famous in the US. In the case of prominent people like Henry Kissinger, many do not even realize that he is German. We find this fascinating, and will be projecting images of these people onto the building’s facade.

What is it like to work in the US?

Ussat: The distances are a challenge. It requires a great deal of communication, and a huge amount of forward planning. We need local teams to take care of all the technical aspects. Fortunately, we have a technical director with considerable experience of working in the US; he is coordinating our collaboration with suppliers and the installation of the technology.

Botterweck: One advantage was also that the Goethe-Institut does a lot of the preparatory work at the local level, obtaining the necessary permits, for example. 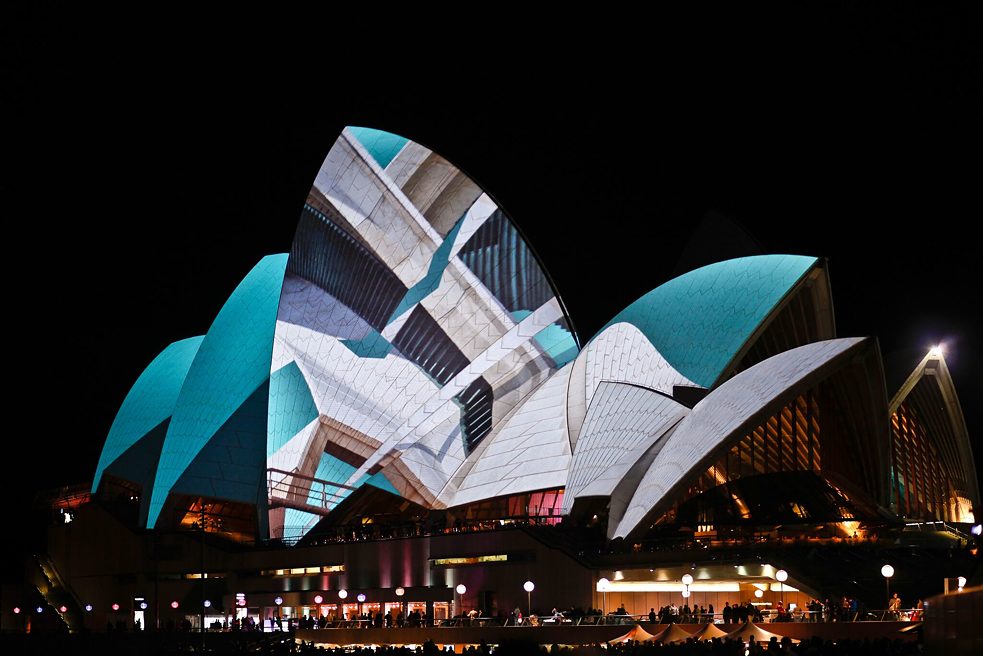 © URBANSCREEN You are known for your obsession with detail. How can a fraction of a second or a millimeter here or there make such a difference in your light projections?

Botterweck: In principle, it’s a bit like with an exquisite three-course dinner. The seasoning has to be just so on every single component of the dish, the timing has to be spot on, and everything has to be arranged beautifully on the plate. Sooner or later we reach a specific point where the illusions simply work. If the projector is in the wrong position, even minimally, the perspectives will no longer be right in the illusion.

Ussat: Production has to be very precise. A projector has to be in exactly the right position, to the nearest centimeter – otherwise we will have a problem with the 3D films. The same applies to the sound or to the live musicians in Washington. You have to get every second just right.

How long does it take you to produce one of these events?

Bottwerweck: Somewhere between two months and half a year. It depends on many different factors – the story, the effects, the particular challenges at the local level.

Ussat: It does take around half a year from initial inquiry to finished installation. Some twelve to 14 of us are involved in implementing the concept and planning the technical side. Then there are the local technicians. However, there is no doubt that this has been one of the biggest and most complicated projects we have ever done, implementing three parallel and interrelated productions at three different sites. 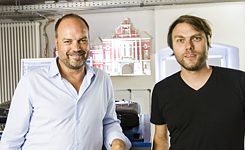 Till Bottwerweck (44) is a co-founder and managing director of Urbanscreen. An architect and stage designer, he is responsible for realizing the production – the executive producer, so to speak.

DEVELOPED WITHIN THE SCOPE OF 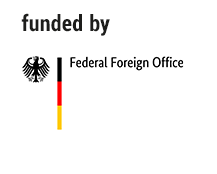 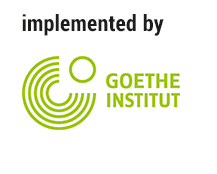 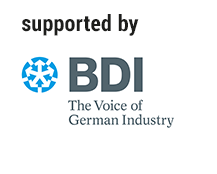