The Bauhaus art school was founded with a very ambitious objective: to create community through art. And this was no understatement either, as the Bauhaus dreamed of serving “new people” though its applied art.  For the first director and the founder of the Bauhaus, Walter Gropius, this involved a close synthesis of the different disciplines in arts and handcrafts. Gropius felt everyday objects must be redesigned to fit the production process, so that they could be manufactured quickly and inexpensively. This would make good design affordable in Germany again, at a time when the country’s economy had been decimated by the First World War.

The concept itself sounds like peaceful artists’ commune. Today we might imagine  a famous graphic designer, an architect, a fashion designer, a DJ, an installation artist and a photographer all coming together at an remote art school where they pool their limited financial means to live, teach and develop ideas for a better society. But the reality in Weimar, Germany was anything but a harmonious community of creative minds working in concert. Painter Josef Albers recalled disagreement about everything: “When Wassily Kandinsky said yes, I said no, and when he said no, I said yes.” This artistic dissent was exactly what Gropius wanted for his school, for he felt it would further his objective: “the goal of the Bauhaus is not a style, system, dogma, canon, recipe or fashion.  It will live as long as it does not depend on form, but continues to seek behind changing forms the fluidity of life itself.”

The first stage of the Bauhaus in the city of Weimar (1919-1925) was characterized by a sense of transformation and enthusiasm. Gropius strove to bundle ideas and build workshops. The Weimar period was a time of theoretical experimentation, before the Bauhaus moved to new premises in Dessau (1925-1932) and its second director Hannes Meyer began cutting costs. There was not enough money to sit around pondering basic colours and forms; the focus had to be on devising social buildings. Meyer spoke of a “proletarization” of the Bauhaus. Another move followed, and under the leadership of Ludwig Mies van der Rohe in Berlin (1932-1933), the movement broke with it founding principle of creating synergy effects between artistic disciplines. The Bauhaus ultimately evolved into school of architecture. 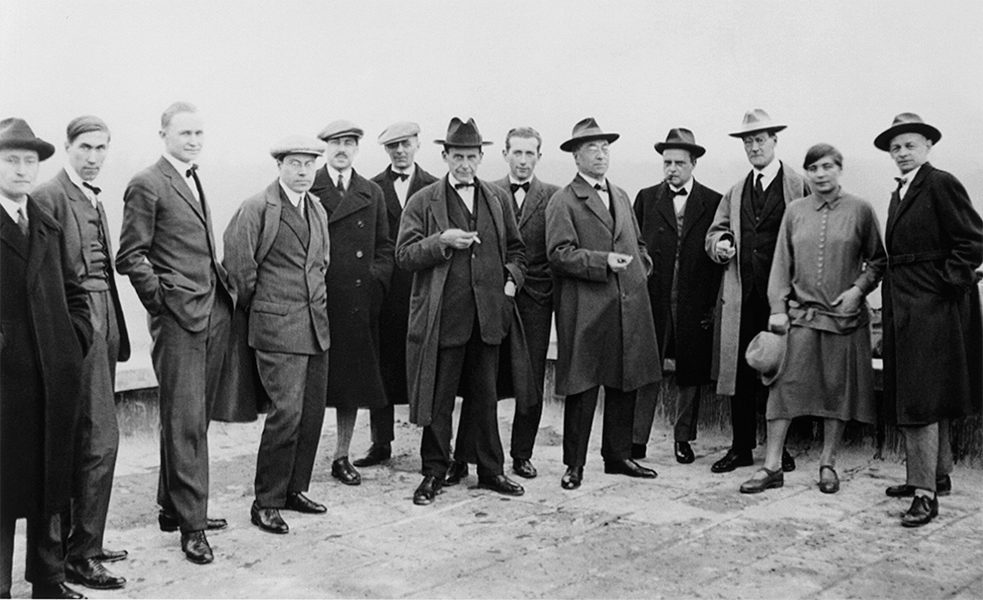 Bauhaus-Poster from 1929 | Photo: © picture alliance/Heritage images Corporate identity was a thing even back during the Bauhaus. Its idealistic pursuit of minimalism and efficiency extended beyond everyday objects and flats to typography as well. In 1925 Herbert Bayer, the young master of the print and advertising workshop in Dessau, suggested doing away with capital letters to improve time management. Now the Bauhaus letterhead read: “we write everything in lowercase because it saves time. and besides, why 2 alphabets when it amounts to the same thing? why write in uppercase when you can’t speak in uppercase?” This conscious disregard for the standard German spelling rules, where nouns are always capitalized, was seen as a sign of modernity. This bold step would have political consequences however, when city councils began simply destroying letters addressed to “Bauhaus from Dessau” and written in all lowercase letters. Fear began to spread of the communist potential of these apparently political “Bauhausers” 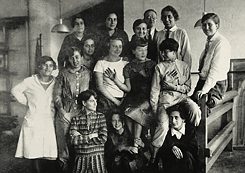 Group photo of Gunta Stölzl’s (in tie) weaving class from around 1927 | Photo: © picture alliance/akg-images Gropius was surprised when just many women expressed interest in attending his new art school as men. The art school admitted women, since the Weimar Republic’s new constitution granted women unlimited access to education, but they did not have an easy time of it there.  Female students were fobbed off to the textile workshop whenever possible, and suffered ridicule from Bauhaus teachers, like mural master Oskar Schlemmer who said: “Where there is wool, you’ll find a weaving wench, be it to fill the idle hours at her bench.” 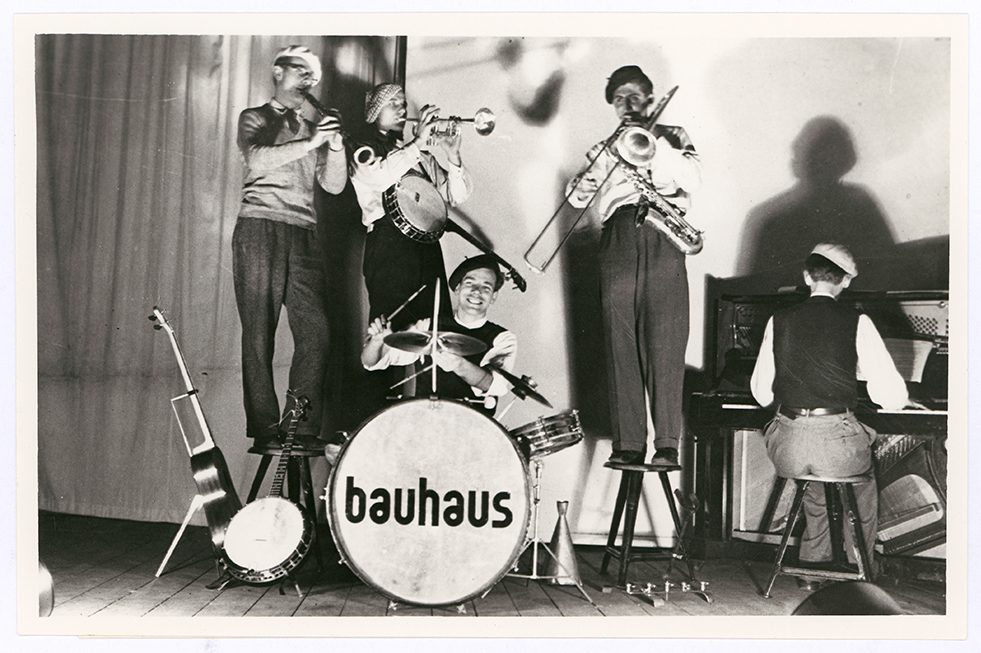