Talking about the prolific use of windows throughout art history, let’s keep looking from the inside out and the outside in and see how the digital world changes our gaze. After investigating Leipzig photographer Edgar Leciejewski’s “dashes” out of his studio window, the first photo here takes us inside his studio—including the shadows his windows throw onto his interior Polaroid display.

Frames and windows give form and direction to artworks, hold visual information, add three-dimensionality to a two-dimensional medium, just as the strict rules of the sonnet or haiku give guidance and shape to words to allow expressive freedom. “The photographers place us in an interior, making it possible for us to share with the artists the intimacy of their daily view,” Getty Museum photo curator Karen Hellman comments on the shot from the inside out. Czech photographer Josef Sudek’s The Window of my Studio series is an exquisite example from art history. Romantic painter Caspar David Friedrich created the masterpiece Woman at a Window (viewable in augmented reality), whose gaze Hellman follows: “Portrayed from behind and framed symmetrically by the window, the female figure serves as a stand-in for the viewer, while she in turn looks out on the landscape beyond. The window, then, offers the link from interior to exterior, from the inner perspective of the artist to the world outside.” 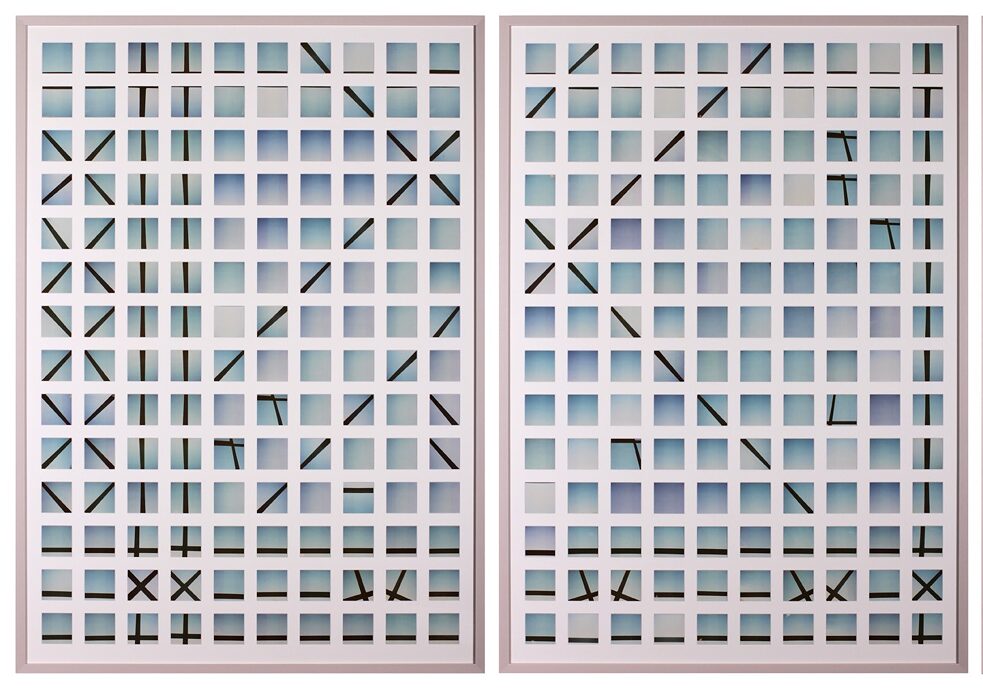 dashes #44, 2013 © E. Leciejewski We share this intimate and wondrous moment of duality and multiplicity in Leciejewski’s dine & dash series, offering thousands of views inside and out of his Leipzig studio windows. His works are often situated between differing viewpoints, of children and adults, humans and nature, private still lifes and Google street views, aimed at opening up new ways of seeing and, literally, reframing ideas. Leciejewski’s series Ferragosto illustrates the level of intricacy this approach can achieve: He transformed images of friends and notable personalities such as philosopher Hannah Arendt, actor Tilda Swinton, trans model Sara Sampaio, ex-duchess Meghan Markle, and eco-warrior Greta Thunberg into modern mixed media icons, collaging them into small portraits with burned edges of oilcloth, then photographed them and then framed them, wrapped in fabric, adding new layers of meaning with each step. 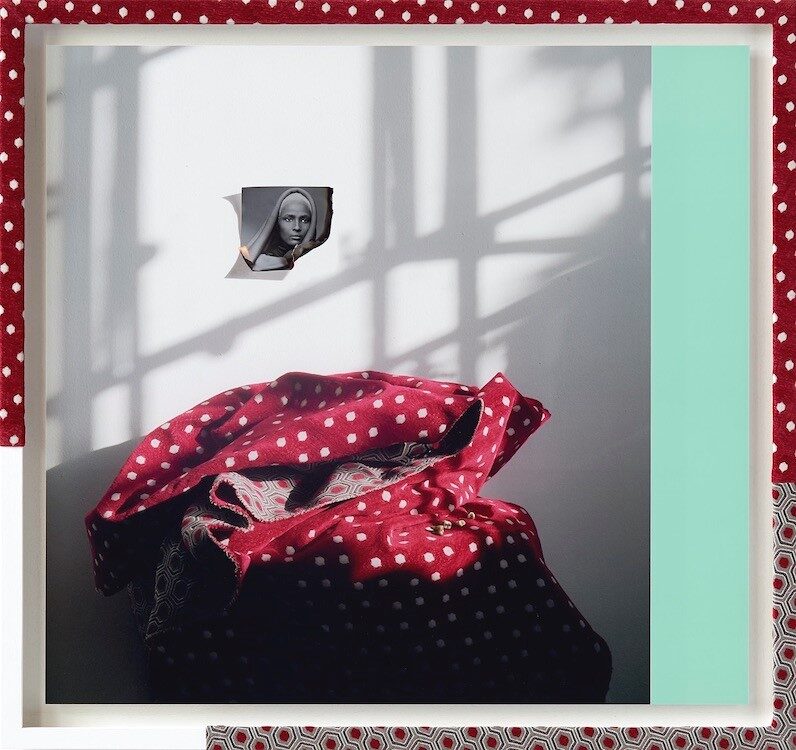 04.05.2019 (Internationaler Tag der Feuerwehr), 2019 © E. Leciejewski photo Matthias Kolb courtesy Contemporary Fine Arts CFA, Berlin From Michael Snow’s 2002 meditative video work Solar Breath to work by contemporary German artists Uta Barth and Sabine Hornig, the lure of projections, reflections, limited or veiled glimpses and channeled perspective through windows continues. In Toronto, there even is an art gallery called Fentster ("window" in Yiddish, Fenster in German), an exhibition space in a storefront window—an ideal approach to art engagement in times of social distancing. Fentster extends site-specific installations right into the public space—an ideal approach to art engagement in times of social distancing. Online though, will we go (or have we gone) beyond the window, post-Internet? “The screen area turns into the image space—into an image structure whose overall visual and spatial form is defined by overlapping ‘windows’,” says Berlin art historian Margarete Pratschke of the melting of forms in her writings on digital image history and graphic user interfaces.

Online though, will we go (or have we gone) beyond the window, post-Internet? Decades ago, Susan Sontag had already disabused us of a simplistic equation of photography and “frames” pointing towards the crucial distinction between reality and artistic traces. In her book of essays Where the Stress Falls, she says: “Photographs are not windows which supply a transparent view of the world as it is, or more exactly, as it was. Photography gives evidence—often spurious, always incomplete—in support of dominant ideologies and existing social arrangements. They fabricate and confirm these myths and arrangements.”

The squareness and amateur invitation of Instagram still seem to lend itself to window formats—The World For Now is a collective quarantine art project by Munich’s Su Steinmassl that collects follower photos, guided by a quote by Persian mystic Rumi: “If the house of the world is dark, love will find a way to create windows.”

Next time, an interview with Leciejewski about digital and analog living and working in this moment in time.

Jutta is a curator and writer with a global lens.The trained book editor has a master’s in political poetry and specializes in film and media arts. Jutta programs for EUFFTO, Toronto Arab Film Festival, and the Goethe-Institut Toronto.