Vincent Kling has been chosen to receive the 2022 Helen & Kurt Wolff Translator's Prize by a jury of five for his translation of Heimito von Doderer's novel The Strudlhof Steps, published by New York Review Books in 2021. The honor was presented to him at an award ceremony at the Goethe-Institut New York on June 16, 2022.

The jury for the Helen and Kurt Wolff Translator’s Prize takes great pleasure in announcing that the 2022 winner is Vincent Kling, for his translation of Heimito von Doderer’s The Strudlhof Steps, published by NYRB. This novel, one of Austria’s most renowned literary works, yet never previously translated into English, moves between two time periods—1908 to 1911 and 1923 to 1925—and introduces an intriguing array of characters from many walks of life. During the long years Vincent Kling devoted to this extraordinarily challenging text, he kept a translator’s diary—part of which was published in Asymptote—that offers readers a glimpse into Kling’s daunting task of rendering the distinctive idiolects of the novel’s (as he writes in the diary) “panoply of types worthy of Chaucer or Balzac or Dickens (or Joyce)—droll or menacing, devious or naïve, brilliant or plodding, real deal or wannabe” and of matching the author’s linguistic playfulness. Our jury was tickled and transported by the translation’s musicality (“contrive, connive, keep the tryst alive”), alliterative allure (“secret sharer of his solitude”), command of nomenclature, and metaphoric inventiveness (“her neck lengthened out over the situation”), its adherence to the long and twisty sentences of the original German, and its introduction of words-that-ought-to-be-words (“advicelets”). We congratulate Vincent Kling on this monumental linguistic and literary achievement, the masterful quality of which is maintained on each of the novel’s more than eight hundred pages. Perhaps it is no coincidence that the very last word of this resplendent translation is “perfection.” 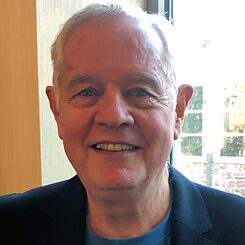 © Vincent Kling Vincent Kling teaches English, German, and French at La Salle University in Philadelphia. His dissertation was on the early works of Hugo von Hofmannsthal. He has translated Doderer, Veteranyi, Fritsch, Bahr, and Jonke, as well as Heimrad Bäcker, Hofmannsthal, Andreas Pittler, Engelbert Pfeiffer, and Werner Kofler. He was awarded the Schlegel-Tieck Prize in 2013 for his translation of Veteranyi’s novel Why the Child is Cooking in the Polenta.