Harmoni-us is a top down iOS city-builder sim where the player is given agency over a small community of musical creatures who are affectionately referred to as, ‘harmonians’. It is a game in a constant state of flux, where the player must decide the destiny of their budding community. Harmonians are always learning and growing from the current state of affairs, and no two soundscapes from a playthrough will turn out the same. Ultimately the player must decide for themselves; does harmony mean many voices as one, or a voice of one for all?

from left: Jon Pierre Héroux, Jeffu Warmouth, Ben Houge, Justin C. Rounds | © Goethe-Institut Jon Pierre Héroux is currently working as a Customer Service Rep. in the games industry at Turbine in Needham, MA. Through the Game Jam he took a big step towards his goal of working in industry as a Game Designer.

Jeffu Warmouth is a contemporary media artist and professor of Game Design at Fitchburg State University in Massachusetts, USA. His conceptual work asks the viewer to unravel their relationships to language, identity, and culture. His work has been featured at galleries, museums, and festivals worldwide, most recently at the 404 Festival in Argentina & Colombia.

Ben Houge is an internationally active American artist operating at the nexus of music composition, video games, performance, sound installation, and digital art. Since relocating from Shanghai to the Boston area in 2010, his projects have included an asparagus opera, a six-channel sound installation based on live subway sounds, algorithmic choral music, and a real-time video piece visualizing data from the Boston Harbor Islands.

Justin C. Rounds is a transmedia artist, musician, and educator living and working in Boston, Massachusetts. Employing painting, performance, and interactivity, his work investigates dynamics of power and control in culture and society, using processes emerging from the intersection of art and technology. He is an active member of Atlantic Works Gallery in East Boston, adjunct faculty at Northeastern University, and passionate about helping people use technology creatively.

Using the mouse, players can help refugees remember and envision better and safer times, so they can gather the strength to move on and escape danger.

Zhuo Chen is a game design student studying at Northeastern University. She enjoys game design very much and this is the second official video game she designed. Zhuo is an artist, game designer, and project manager.

Joe Marchuk is a freelance independent videogame composer and sound designer, originally from the San Francisco Bay Area. He is currently a student at Berklee College of Music, where he runs the Sound Design Network club, and anticipates graduation in the spring of 2018.

Consultant by day, gamer by night, Dan Williams has worked on hobby game development for 20+ years. Only recently breaking out to public presentation, he hopes to contribute to the medium of video games through unique mechanics and distinct narrative.

You Are What You Read 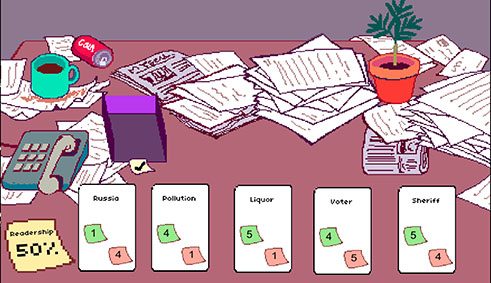 © You Are What You Read

As the editor of an important news paper, it is your job to make sure 3 headlines are published every day; however, not all of the drafts you can choose from are all that true, and those that are may not excite readers enough to keep your newspaper afloat. Balance integrity and survival, and see what happens when you curate reality. Designate what is truth and watch as the world twists itself to match.
This game was inspired by how much fake news has influence people's world views, especially with regard to recent events. Consumption and belief in seemingly immaterial false information slowly turns a person's world into an alien, hostile place, while ethical choices on the parts of editors and journalists lifts the fog of disinformation bit by bit.

© Goethe-Institut Elise Xue is a recent graduate of MIT majoring in Electrical Engineering and Computer Science, and will be pursuing a Master’s degree in 2017-18. She has been playing video games since elementary school, tries to play more old school games and her favorite series is Final Fantasy.

Dinesh Ayyappan is a high school physics and computer science teacher in Boston Public Schools. He's interested in institutional inequalities in America, challenges to scientific literacy, and geopolitical histories of colonization and oppression.

Jessie Wang is an artist and CS student at MIT; her favorite animals are dogs and turtles, and she owns too many pairs of glasses.

Whitney Fahnbulleh is a 2017 BA Media Arts and Sciences graduate of Wellesley College. She currently works as a research intern at Wellesley College's Human Computer Interactions Lab developing augmented reality applications. She is interested in the use of games as a medium to address social issues, as well as the representation of women and people of color in games. 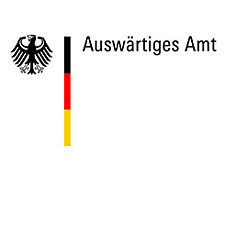