Housing in some big German cities is so expensive nowadays that even people with steady jobs sometimes end up homeless. Sonia Nigris in Munich is a case in point.

Sonia Nigris is sitting in a white plastic chair in a backyard in Maxvorstadt, a posh district of Munich. Englischer Garten, Königsplatz, Stachus, Frauenkirche – almost all the city’s sights are just a few minutes’ walk from here. Ms Nigris, a stocky 48-year-old, lights a cigarette. Since January she has been living in one of the most expensive spots in Germany, in the centre of Munich, a city that suffers from a chronic shortage of housing. Even those with money need luck and plenty of patience to find a decent place to stay, but Nigris had neither great luck nor much money. Lately she has found a roof over her head in a shelter for the homeless. 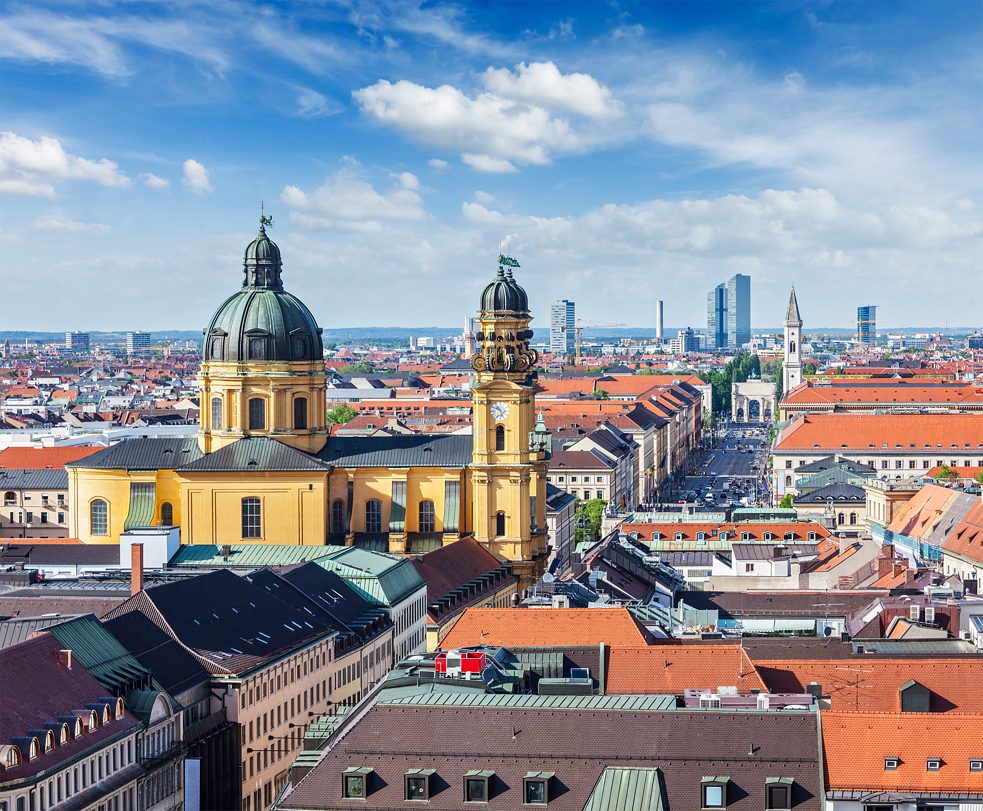 © colourbox.com The ranks of Germany’s homeless have been swelling for years. In 2016, the Bundesarbeitsgemeinschaft Wohnungslosenhilfe (National Coalition of Service Providers for the Homeless) estimated their numbers – as there are no reliable statistics to be had – at roughly 860,000 (440,000 of whom are officially recognized as refugees). And this year’s estimate comes to 1,200,000. The increase of approximately 358% since 2014 is largely because recognized refugees unable to find accommodation have been included in the overall count since 2016. But there are many reasons why people end up on the street. Rent hikes is one of them. The housing market in Germany’s big cities has grown tighter. Rents in Munich rose by more than 70% between 1995 and 2017, while wages haven’t even come close to keeping pace.

Even the working population have recently begun feeling the pinch. "The problem has reached mainstream society," says Peter Neher, President of the German Caritas Association. Sonia Nigris, for example, with a steady full-time job in a cafeteria, where she takes home about €1,400 a month, apparently can’t afford even a studio apartment in the Greater Munich area.

In the early 1990s, Nigris and her husband moved from Trieste to Munich. Because they loved the city, which they found at the time "as lively and yet not as chaotic as Berlin or Rome". The couple found a large bright apartment in Munich-Riem – not exactly centrally located, but with enough room for them and their three sons. But when Nigris and her husband split up in 2005, the flat was suddenly too big and too expensive for her alone.

So she moved into a smaller place for a while, then left Munich for two years, but soon missed the city and her sons. So she came back in 2013 and moved in with a friend of hers. But she got tired of sleeping on her friend’s couch and began looking for a steady job in a cafeteria as well as a place of her own. She compared the rents on online housing sites: €800/€900 even in the exurbs; €1,100/€1,200 in the citycentre. She wasn’t eligible for housing benefit, she says, because she earned too much.

How am I to survive if I spend most of my money on rent? What do I get out of life if I work all day and can't do anything after work but sit around in my empty flat?

Officially, you’re only allowed to stay eight weeks in the shelter. Sonia Nigris is an urban nomad.

This January she finally moved into a women's shelter called Karla 51. The rooms there are 9 sq m and minimally furnished in youth hostel chic with a single-size bed, a little wooden chair and table, and a wall unit. The windows are small and the corridors reek of acrid ammonia.

"But you’re lucky to end up here," observes Elke Gartner, a social worker employed by the shelter. "Karla 51 is one of the better-appointed facilities.” At many other shelters, residents have to share rooms, as in a youth hostel. 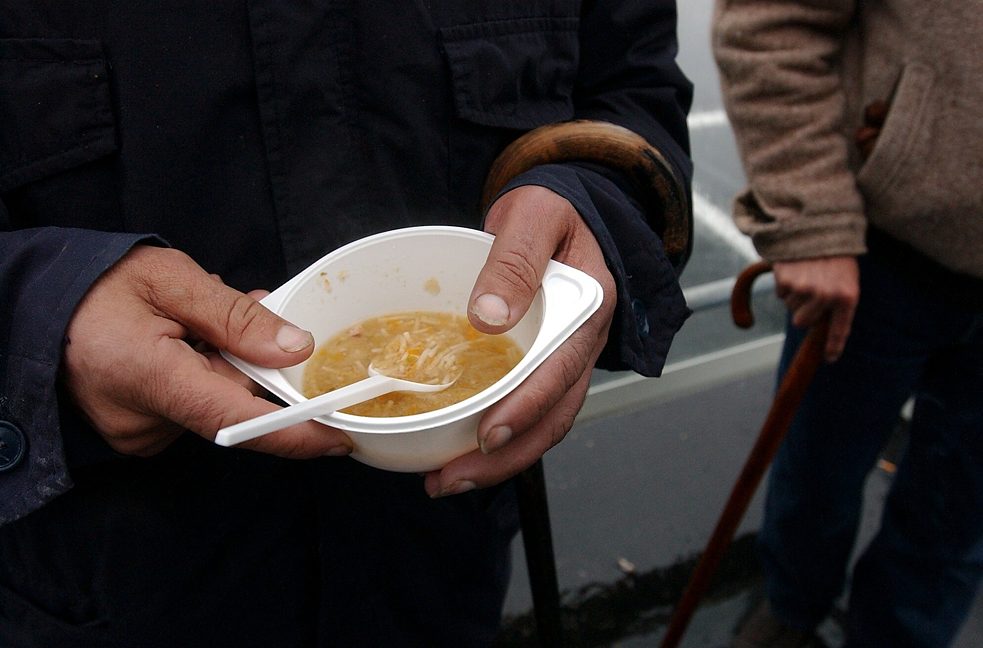 © colourbox.com But today, after four and a half months here at the shelter, Nigris is moving yet again – to another friend’s place. Officially, you’re only allowed to stay eight weeks in the shelter. Sonia Nigris is an urban nomad. Though not of her own choosing. She’d like to take a rental with a friend, but can’t there are no affordable flats in sight that are suitable for sharing.

Folks like Sonia Nigris, with a steady job but relatively low income, are no longer a rarity in Munich's homeless shelters. "You know the housing market in Munich," says a staffer at the Munich branch of Caritas Germany. More and more people who were driven from the city centre to the outskirts ten years ago can’t even afford to live in the suburbs now. So they’ve got to leave Munich or take to the streets. Article 106, section 1, of the Bavarian State Constitution actually stipulates that every resident of Bavaria is entitled to decent housing. But what use is that abstract principle if there’s simply not enough affordable housing to go round? For every state-subsidized flat, there are hundreds of applicants, says Gartner.

Nigris herself has already applied for hundreds of rentals in Munich, she says, including some she could only barely afford. "When they ask how much I earn, I'm out of the running.” According to an estimate by Munich’s Netzwerk Wohnungslosenhilfe (Network to Help the Homeless), there are some 9,000 homeless in the city, 350 of whom actually have steady employment and nonetheless live in homeless shelters, some for years, or even under a bridge. The city's homeless shelters and social housing are completely overloaded, as housing officials admit. Those who are really out of luck end up sleeping rough. 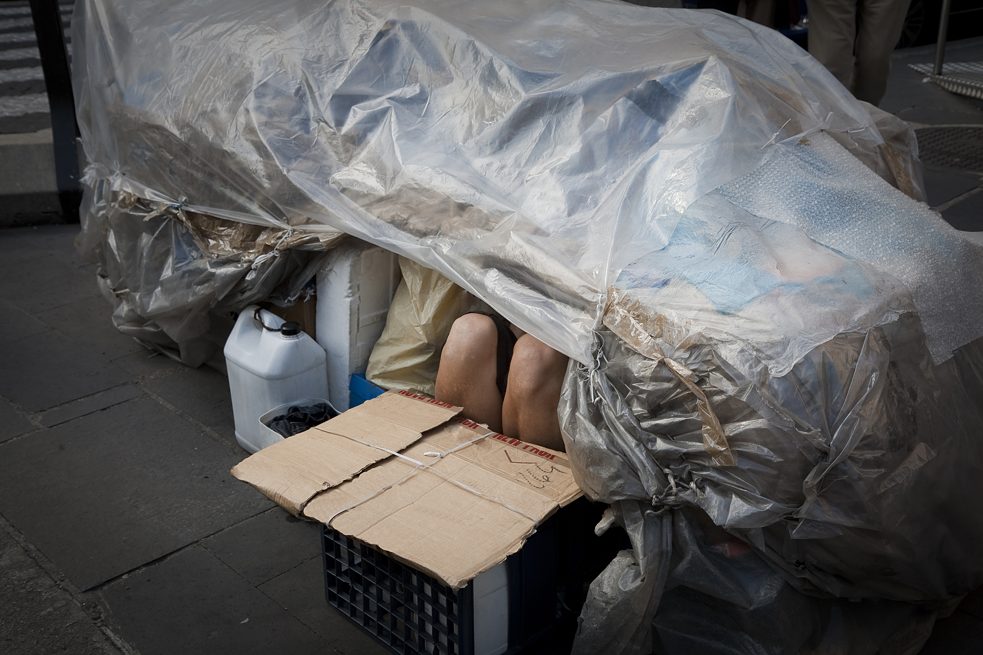 © colourbox.com Nigris can’t say how many times she’s changed lodgings so far, she’s lost count. Her belongings comprise some clothes, a few potted plants, a little TV set, a battery-powered vacuum cleaner, and her dog. That's all this 48-year-old woman owns, except for a few boxes she left with her son. And she hasn't had a real private life for years: even in the homeless shelters, she has to sign in and out all the time.

Without a place to call home, day-to-day life is a permanently temporary arrangement. Sonia Nigris has tied her thick brown and grey-streaked hair into a ponytail. A tattoo on her upper arm is gradually fading. Every few minutes she gropes for a cigarette from her silver case and sticks it in her mouth. Her face is lined with deep wrinkles, but she doesn't want to despair: "My life is eventful," she says, and laughs her rattling smoker's laugh.

She gets up at half past four in the morning to be at work by seven, then cooks in a cafeteria until the afternoon. For the past five years she has been spending her free time hunting for and occasionally viewing flats to let – after which she rarely has time to see friends. In the evening, she usually only has enough energy to fiddle around with her mobile phone and sometimes watch a little TV before going to sleep – on a friend's couch, in a friend's basement or in a homeless shelter.

It’s been over a quarter of a century since Nigris moved to Munich because she found the city so liveable. Munich has changed since then. The number of homeless here has more than tripled over the past ten years alone. And yet Nigris still loves the city and wants to stay here all the same. Her friends and her sons live here. She has a steady job here. "Why should I go?"

Translation: Eric Rosencrantz
Copyright: This text was published by fluter.de under a CC-BY-NC-ND-4.0-DE licence.