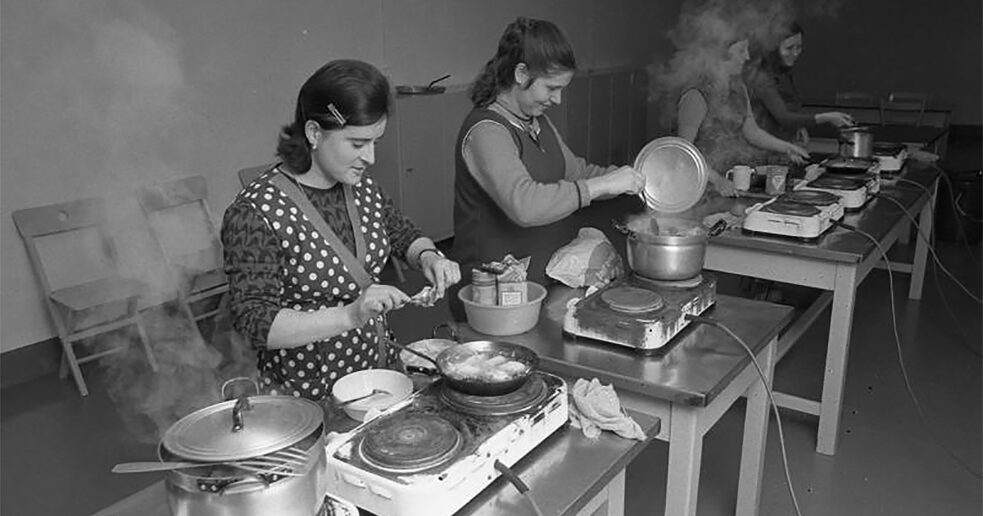 It was a quiet pragmatic agreement - with unforeseen and still formative consequences for German society today. In a two-page document, the Foreign Office in Bonn and the Turkish Embassy regulated the posting of workers from Turkey to Germany on October 30th, 1961: The so-called recruitment agreement. After the agreements with Italy, Spain and Greece, Turkish workers could now apply for a job in Germany. Joiners and machinists came, farmers and construction workers, unskilled and skilled workers, men and women. Today people of Turkish origin constitute one of the largest ethnic minorities in Germany.

Yaşar Aydın came to Germany when he was four years old, and has lived in Hamburg almost continuously since then. Aydın studied sociology and economics in Hamburg (2001) and in Lancaster (2002). Yaşar Aydın received a scholarship from the Hans-Böckler-Stiftung during his studies as well as his doctorate. He is a member of the Hamburg TurkeyEuropeCenter/TürkeiEuropaZentrums.

After completing his studies, he was a researcher at the Hamburg Institute for Social Research and a lecturer at the University of Hamburg. In 2009, he completed his doctorate in Hamburg. His thesis was on the "Topoi of the Stranger: On the Analysis and Critique of a Social Construct." From August 2009 to March 2012, Aydın worked as a research assistant at the Hamburg Institute of International Economics on a project focused on the "Intentions of Migration and Emigration of Highly Qualified Persons of Turkish Origin from Germany to Turkey." In 2015, he was an adjunct lecturer at HafenCity University Hamburg (HCU). Most recently, Aydın conducted research on Turkish foreign policy at the German Institute for International and Security Affairs (SWP - Stiftung Wissenschaft und Politik), and currently teaches at the Protestant University of Applied Sciences for Social Work (Evangelischen Hochschule für Soziale Arbeit und Diakonie).

Presentation of DOMiD, by Dr. Iva Krtalic, WDR Director-General's Representative for Integration and Cultural Diversity and Board Member of DOMID e.V.

Comissioner of the Director General of the WDR (Western German Broadcasting Station) and Board Member of DOMID e.V. Documentation Centre and Museum of Migration in Germany. The museum is currently under construction.

DOMiD is a registered association in Cologne, Germany that collects, preserves, researches, and exhibits materials on the history of migration. The intension is for the history of immigration in Germany to be presented to a large public audience. In addition to its museum and archival work, DOMiD organizes events, conferences, and lectures. The goal is to convey migration as normal. Since 2010, DOMiD is located in the district town hall in Cologne-Ehrenfeld.

Iva Krtalić was born in Zagreb, Croatia, where she worked as a translator and journalist for various Croatian media before moving to Germany in the 1990s. She worked in refugee relief programs and then joined the biggest German public service broadcaster, WDR (Westdeutscher Rundfunk) in Cologne as radio editor and presenter. She headed various WDR projects concerning migration, cultural diversity and European integration before becoming the WDR Head of Intercultural Diversity. She has earned her PhD with a thesis on media discourses of cultural difference. Iva is active in German and European networks dedicated to questions of migration and diversity and is member of the board of DOMiD, Documentation Center and Museum of Migration in Germany.

My name is Asuman Baran born on 15.09.1968 in Kirikkale, Turkey as a second child into the family. My brother is 20 months older than me. During the first four years of my life I lived in Hasandede, a little village, within a big family with my grandparents, uncles, and parents.

I came to Germany for the first time with my mother in 1973.  I only stayed couple of months and then had to go back to Turkey to my grandparents, as my mother had started to work and I could not stay at home alone. The second time, was in the summer of 1975, my brother and myself arrived in Cologne. My parents were working from 7am to 5pm. My brother and I were on our own during that time, organizing ourselves for school and such.  During the weekends, we were taking German classes to learn the language faster.

After elementary school, I first went to a Realschule and then moved to a Gymnasium, and I graduated in 1988.  My interests were more in science and art, therefore I decided to study computer science at the University of Bonn. In 1993, at the end of my computer science studies, I got a scholarship from Akademisches Auslandsamt Bonn - where I had the chance to study at the University of Tennessee Knoxville. In August 1995, I earned a Master’s degree in Engineering Management/ Industrial Engineering. Afterwards, I worked at an OEM supplier for about a year in Tennessee. Then I travelled through Central America before going back to Cologne, Germany. In September 1997, I joined Ford as a Graduate Trainee in Purchasing. Ford is great and offers various opportunities for the employees. Within 5 years I became Manager, and worked in different assignments within Purchase globally. In 2019, I moved to Marketing & Sales as I wanted a new challenge. My current position is called “Planning Manager Vehicle Personalization SUV & Passenger Cars”. My team and I are responsible for personalized series on vehicle lines.

Regarding my personal life, in October 1998 I got married to my husband Vahti. In March 2000, my son Deniz was born. Until now I am a very lucky person and have all the opportunities in life. I am very grateful for all the chances and people who supported me during my journey.

My name is Sezin Onay. I was born 05.06.1988 in a small town called Goslar, in the north of Germany. My brother, Belit Onay, was also born in Goslar, in 1981. After my parents got married in Istanbul, my father came to Goslar in 1972 to do an internship as a cook in a hotel and restaurant called „Kaiserworth“. After getting an offer to stay and work there as a permanently employed cook, my mother also came to Goslar to live there with him.

In 1989, when my brother was 8 and I was 1 year old, my father opened his own Restaurant called “Marmaris”, serving Mediterranean food in Goslar. After elementary school my brother and I went to “Gymnasium”, where he and I were the only two school children with a non-German cultural background. During my years at Gymnasium I joined many theatre projects and discovered my interest and passion for theatre and arts. That’s why I decided to go to Hannover in September 2007 to do an internship and play as a non-professional actress in projects of the national theatre of Hannover. That year my parents closed the restaurant and moved back to Turkey, where they are still living.

My brother was also living in Hannover during that time, studying law. After doing my one year internship I studied theatre in education and German studies in Hannover. During my studies I started to do many intercultural theatre projects with different groups of children, youngsters, and adults in Hannover.

After working some years as a freelance theatre pedagogue and theatre teacher during and after my studies, I moved to Stuttgart in September 2016 to start working as a permanently employed theatre pedagogue in the “Junges Ensemble Stuttgart”, the theatre for children and youngsters in Stuttgart, where I am still working. As a theatre pedagogue I am working with children, youngsters, and adults from ages 4 to 99 years old, from different social contexts and with different cultural backgrounds, trying to give them the opportunity to work creatively on different kind of subjects that are important in our society. Beyond that it is our educational mission to do cultural education and remove barriers to allow everyone in our society to get access to cultural programs like theatre, music, and different kinds of arts.

Meanwhile my brother finished his studies in law and joined the German Green Party, “Die Grünen”, as a personal assistant of a member of the state parliament of Hannover, Filiz Polat. In 2013 he was chosen to be a member of the state parliament himself, and in 2019 was elected Lord Mayor of Hannover, the first Green Party member with a Turkish cultural background to be elected to this position. Beside my brother, there is only one aunt and two of my cousins living in Germany. The rest of my family is living back in Istanbul, Turkey.

I went to elementary school in Hasandede and for the high school had to go to Kirikkale, a city close to my village. After graduating from high school, I had to do compulsory military service for two years. With 21 I got married, and now I have two children. My first child was a boy and my second child a girl. During that time, I worked as a buyer in the defense industry. I felt I had to do something else for a better life and agreed with my wife to go to Germany. In 1971, I went by myself to Hamburg and started to work as an operator at the company Krupp. After two years, I moved to Cologne due to a friend’s initiative. Started to work for Ford as a lathe operator. During that time the communication worked via mail or I could travel once a year to see my family. In 1974, my wife and my daughter arrived to Cologne. We left my son in Turkey with his grandparents as he was already going to school. When we came to Germany, the plan was to stay for couple of years and then go back home. Now I have been living in Cologne for 50 years.

Over the years my wife and I worked hard as operators. We were very focused on providing a good life for our children. My son became an Urologist and my daughter a Manager at Ford, where I worked as an operator.

In 2004, I retired from Ford. Now we live our life shared between Turkey and Germany. We are thankful for all the great opportunities in life.

Back to the 2021 Virtual Social Studies Tour Program