Film Films Across Borders: In the Name of Scheherazade or The First Beer Garden in Tehran (2019)

PLEASE READ ALL ADVISORIES BEFORE REGISTRATION. THANK YOU!

Proof of vaccination or negative test required; Everyone attending this program will be required to show proof of full vaccination against COVID-19 or a negative test within the past 72 hours of the day of the event along with a matching photo ID. Proof of vaccination can be your physical vaccine card or a photo of your vaccine card. Documentation must have your full legal name that matches to your proof of identification (driver's license, passport, etc.). Face masks must be worn in the Goethe-Institut at all times.

This film will be screened outdoors on a rooftop terrace the evening of October 21, between 7:30pm and 9:00pm. If it rains, we will relocate the screening indoors. Please dress accordingly as the terrace is not heated.

In the Name of Scheherazade or The First Beer Garden in Tehran (2019), dir. Narges Kalhor
Documentary. Germany, 2019, 75 min. In German, English, and Farsi with English subtitles. Written by Narges Kalhor & Aydin Alinejad. Directed by Narges Kalhor.

Forget everything you think you know about storytelling. And get ready for a very surreal trip. Narges Kalhor plunges us in a funny and deconstructed joyful apocalypse of a web of stories while following four characters who moved to Germany in order to escape the dire and dangerous political situation of their countries. A Syrian gay teenager fears that his visa might be refused and that he might have to return home. An Iranian girl dreams of a Beergarden in the heart of Tehran. Another one struggles with her film project and her teacher that offers useless advice about the ways of making her work more understandable.

And, while Scheherazade spins her stories night after night, the world turns gently upside down. A film that offers new meanings on getting lost in translation, while proposing also new perspectives on communication and multiculturalism. A hymn to the sheer force and freedom of creativity. A film that weaves together many layers of reality, juggling with fiction, mocking documentary and its rules.

Narges Kalhor was born in Tehran, Iran, in 1984. She studied at the Academy for Television and Film in Tehran. When her 2009 short film Die Egge (The Harrow) brought her from Iran to Germany for the Nuremberg International Human Rights Film Festival, Kalhor remained in Germany and applied for political asylum. Since 2010, Kalhor studies documentary filmmaking at the University for Television and Film in Munich. In 2014, Kalhor co-directed the documentary Shoot Me with Benedikt Schwarzer; the film was nominated for a 2014 German Film Award.
RSVP FILMS ACROSS BORDERS

Films Across Borders showcases critically acclaimed films, documentaries and shorts from around the world. Co-presented by American University in partnership with embassy cultural organizations, arts institutions and environmental groups, the series focuses on a distinctive timely and compelling theme each year.

Come for the films and the enjoyment of engaging with filmmakers and topical speakers in lively post-screening discussions. Open to the public in venues around the city in October and November.

Part of series Films on the Terrace: Fall 2021 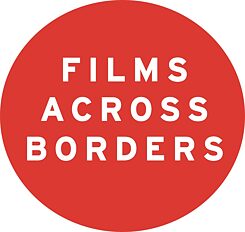