Refunction is a performance series inspired by one of the core principles of Bertolt Brecht’s theatre – Umfunktionierung (refunctioning), in which the composition of a new work is in the movement and tension between material, technique and function. Refunction is an initiative by Goethe-Institut / Max Mueller Bhavan New Delhi. 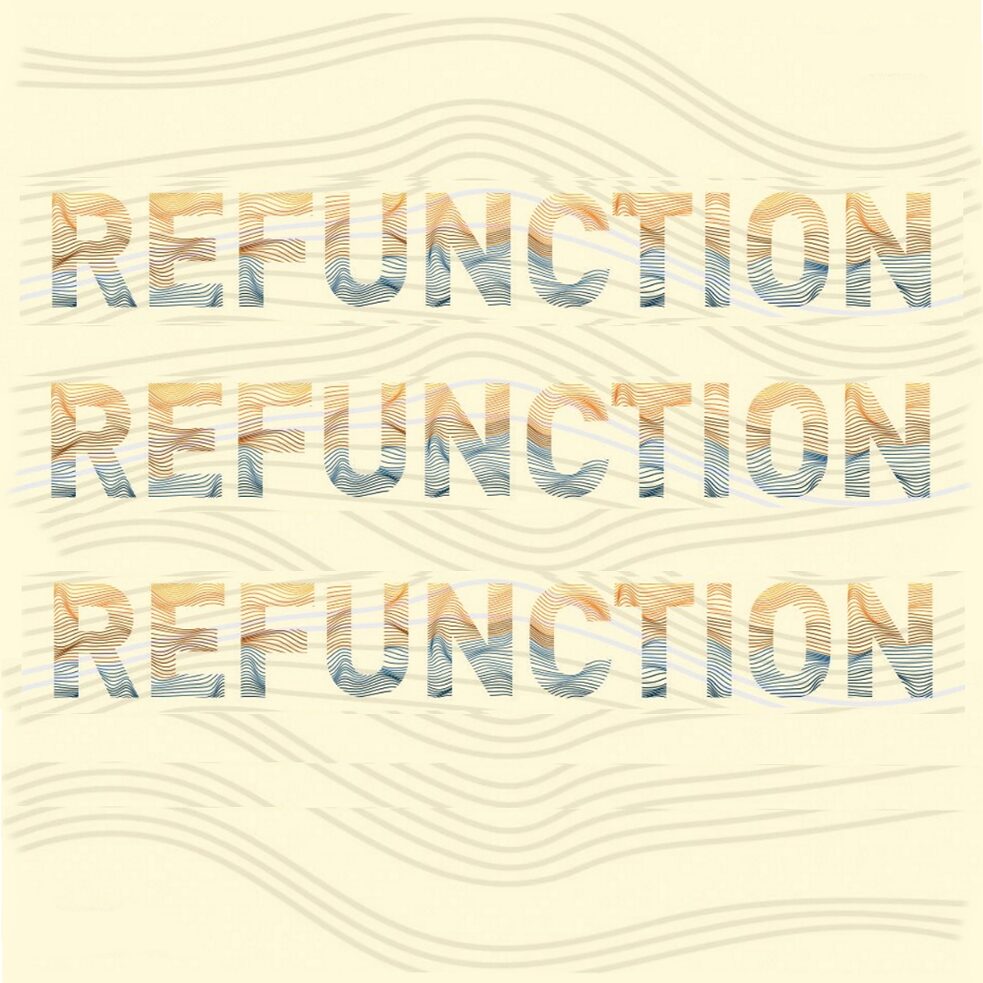 This year Refunction invites artists and groups to submit proposals for both physical (offline) and digital (online) performance projects. Our programme continues to encourage performers and theatre makers to imagine projects that will explore the movement and tension between material, technique and function. We are excited to support works that challenge and propose rituals, modes and mediums of performance in our present contexts.

In response to the challenges to performance-making in this present time, Refunction 2020-2021 has been reimagined to support work that actively and imaginatively engages with the question of what it is to produce and present dramatic work digitally.

Ngan Hiar Sha Wah (I’m going down to the River)

© Lapdiang A. Syiem This project has been conceptualised using elements of digital storytelling to unfold the narrative of a heavily polluted river, ka Wah Umkhrah and its dying tributaries flowing through the city of Shillong in Meghalaya. Coming from a tradition and culture of orality we look at how stories can and in this case of an ecologically threatened water body, be told today, to nudge us inhabitants of the city to pay heed to the abuse and degradation it has been subjected to. Through the performance of memory using poetry, words, sounds and musical compositions including ki phawar and connecting these to visual expression, we have compiled a series of chapters taking the audience on a journey of the past, the blurred lines of memory, the present and the liminal spaces of lost narratives. How can we preserve these disintegrating memories in the world of the digital where memory can always be expanded to a premium package?

As we try to make sense of how the pandemic has affected our lives currently, the digital medium has become a space that we are forced to interact with in almost every aspect of our lives. With this project we have been able to use this platform to challenge ourselves to look beyond the literal and the perfect and instead to place ourselves as close to the spirit of the river as possible and capture what we encounter with the imperfections of documentation. But then what of the spaces we can no longer capture? As artists are we only framing the realities we exist in?

The team: Lapdiang A. Syiem, Juban Lamar, Abigail Nongsiej, Apkyrmenskhem Tangsong, Esther Syiem, Baston Singh Lyngdoh and a community of people who have shared with us their connection to the Umkhrah and its tributaries.
This is how you move them

© Urvi Vora Many posters from the post-colonial period show an image of a muscular Indian man with a thick, black moustache that curls up on both ends, and can be twisted on demand. He is shown speaking about the ‘Five Year Plan’ for India’s development next to a relatively lanky British soldier. There is this old saying Moochh nahi, toh kuchh nahi which directly translates to If you don’t have a moustache, you don't have anything. But in the border regions of Punjab, it is understood differently: If you don't have a moustache, you don't have a penis.

This is how you move them is a performative essay looking at the role of moustaches and penises at the Wagah Border Ceremony and the role of ideology in a democracy.

© Last Seen Abhi.Neta, Aayenge is based on Ionesco’s play The Leader - written in 1953, it is an absurdist look at the role played by the media and hype in the creation of political propaganda. In this transmedia adaptation, the performance is not only located in the bodies of the actors, but also in the performance of technology itself: social media and news websites and other platforms “perform” in response to both algorithmic diktats as well as to user interaction. Digital communication tools show how these technologies are constantly leveraged to design different and competing versions of the truth, and the role that we as ​actors ​play through our own performances on these platforms. The performance is devised with an acute awareness of how the digital is already a hyper performative space, where identities and behaviours are enactments that are modulated by technology.

Abhi.Neta, Aayenge inverts the practices of storytelling: instead of hiding the structures of fiction-making, through its exploration of the themes of misinformation, the attention economy and fake news, it mimics the very real phenomenon that we currently see in the making of news - a nexus of social media hashtags generated by both fake and genuine sources that creates news in and of itself - a simulacrum of the actual news event, which no longer enters the news cycle without being mediated by the filters of social media outrage.

A performance series by Goethe-Institut / Max Mueller Bhavan New Delhi
In early 2018 applications were invited for Refunction, a programme that aspires to encourage independent theatre artists and groups to create and develop new work, and offer them the space to present it at one of the city’s most vibrant cultural hubs. The programme for Refunction was decided through an open-call application process following which, a jury selected the final projects.

© Goethe-Institut / Max Mueller Bhavan Muhnochini is a devised solo piece that plays with forms of mythology and folklore. The narrative follows Tatha as he sets out on a mission to purge his community of this female beast that could inevitably lead to a path of self-destruction. Through Tatha’s relationships with the three female figures in the play - the mythical river Saraswati, his sister and Muhnochini - the play attempts at investigating the nature of positions of power and how they are upheld through religion, gender and social hierarchies.

© Kaivalya Plays Unravel is an attempt to look at the complex subject of mental health through a different perspective. The show explores the relationship between improvisation and issues such as anxiety and depression, through a series of physical games, scenes, vignettes and site specific explorations. The aim is to create a safe space, for both performers and the audience alike, to be in a position to acknowledge, understand and possibly, address their experiences and struggles with mental health.

The show is produced by Kaivalya Productions under Refunction, a programme by the Goethe-Institut / Max Mueller Bhavan New Delhi to support independent theatre practitioners in the city.

About The Group:
Kaivalya Plays is an independent group of Delhi theatre practitioners who seek to create more opportunities for women in theatre, mentor new talent and innovate theatre formats. Since 2012, Kaivalya Plays has worked with the kind support of various Delhi institutions to elaborate new performances. Kaivalya Plays's improvisation group CueLess Improv is also one of the capital's most prolific group of performers.
Bhagi Hui Ladkiyan

© Aagaaz Theatre Trust, 2018 Bhagi Hui Ladkiyan is a devised, ensemble piece created for intimate spaces – both real and imaginary. The play is a collection of stories that begin on a seemingly random day and are first hand retellings of day to day in Nizamuddin Basti. The spectator is invited to enter the performer’s world; twisting into tales of how gender and sexuality plays out in the lives of the four actors.