And Masterclass by Mika Johnson

“I am The Infinite Library, the snake that eats its tail. I am the sun and moon. I live in the Cloud. There are no books in my house. My knowledge is alive. It surrounds you.”

The Infinite Library is not brimming with books. Nor is it a building. Nor is it reminiscent of anything that reminds one of a traditional library. It is an experience that takes place inside a virtual cave, with access to small chambers that double as portals, or micro worlds, that allow you to travel in time. Beneath the cave flows a subterranean river that connects all the chambers, like the nodes of rhizome roots that branch out horizontally, all deep within the womb of the Earth. Each node in turn has its own centre or seed, which is ready to grow to the surface via a sinkhole, should you activate the knowledge within. The unity of these systems of knowledge, along with culture and nature, is at the core of this project. It is the library’s guiding metaphor. From the star to the stone, there is no above or below in The Infinite Library. There is only knowledge in each corner where we seek to discover and understand it.

The Infinite Library is a traveling installation produced by the Goethe-Institut / Max Mueller Bhavan that reimagines the future of libraries as interactive spaces that engage visitors through multisensory forms of storytelling. It seeks to embed human stories within a much grander narrative, one which includes the birth of our planet and the evolution of all life forms.

The ‘Library’ part of the installation is conceived as a living organism, a kind of embodiment of knowledge that introduces itself to visitors personally before inviting them to explore its house. This includes a QR code game, holograms, 3D-printed objects, audio-visual works, and the project’s central piece: a vast VR library set in a cave. The project is an immersive storytelling experience that visualizes different cultural backgrounds across past, present, and future, expanding the concept of the library into a cross-cultural concept of knowledge transfer through VR rooms.

Within this virtual space, The Infinite Library hosts smaller sub-libraries, all of which are connected by nature. Each VR room introduces one knowledge system dedicated to South Indian Puppetry, European Alchemy, and Polynesian Navigation from around the world. 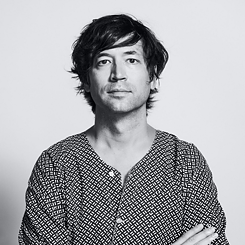 © Mika Johnson Join us for the inauguration of the newly renovated Library with a VR Evening: Making of The Infinite Library by Mika Johnson.
Moderator: Anand Varadaraj
Thursday March 31, 2022, 6.15 p.m.

Mika Johnson is the creative director of The Infinite Library and a multimedia artist by profession, interested in dream-like narratives, mythos, rituals, and biodiversity. While his concentration is designing XR experiences, Mika Johnson also works in many mediums, including as a director for fiction and documentary projects.

In collaboration with the Bangalore International Short Film Festival we are offering two Masterclasses by Mika Johnson on April 1, 2022