Frankly... visual
Three Truths and a Lie: Our Oktoberfest Edition

This year's Oktoberfest is already over. Instead of summing up, Susi Bumms puts your Wiesn knowledge to the test. Which of these three stories, some more peculiar than others, about the world-famous folk festival are true and which are fictitious?

You’ve probably heard of Munich’s annual Oktoberfest, and that people dress up in traditional costumes for the event and drink tonnes of beer there. I’d like to share four stories about the Oktoberfest. Three of them are facts and one is fiction. So try to guess which ones are which! 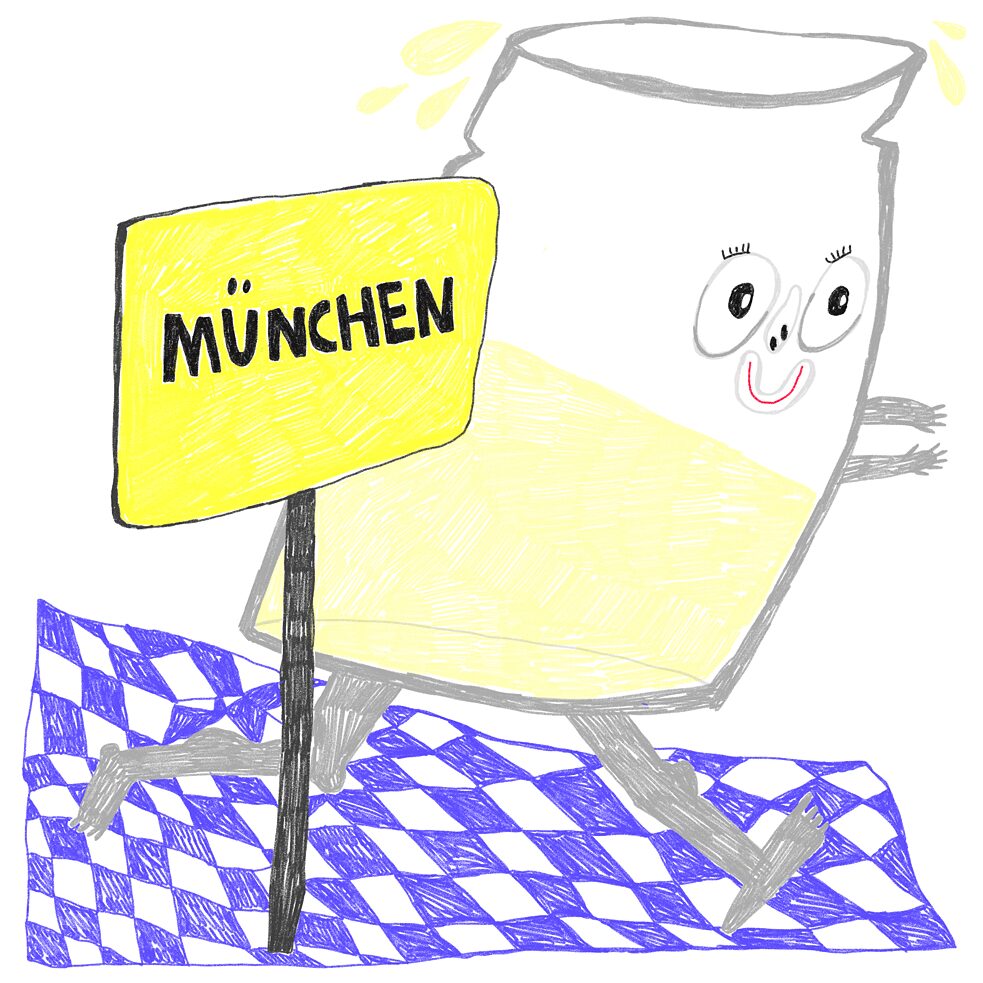 This beer mug slipped away | Illustration: © Susi Bumms Story #1:
The beer mug used in Bavaria is called a Masskrug. It’s a nice souvenir to take home with you. So many Oktoberfest-goers try to take a Masskrug with them on their way out. But that’s not allowed. This year, once again, lots of people tried to make off with a Masskrug: a total of 112,551 mugs were confiscated at the tent exits.
So if I were a beer mug at an Oktoberfest, I’d try to slip away too. .

Story #2:
Oktoberfest-goers aren’t the only ones inclined to steal and cheat. Which is why an association called the Verein gegen betrügerisches Einschenken e. V. was set up way back in 1899 to make sure patrons get their full litre of beer. Apparently, even after 123 years, some of them still get gypped.

So here’s how to make certain you get your money’s worth: The little notch on your glass is the one-litre fill line. The head should be above that line. If not, you’ve been “underfilled” and should report the incident to the Verein gegen betrügerisches Einschenken. 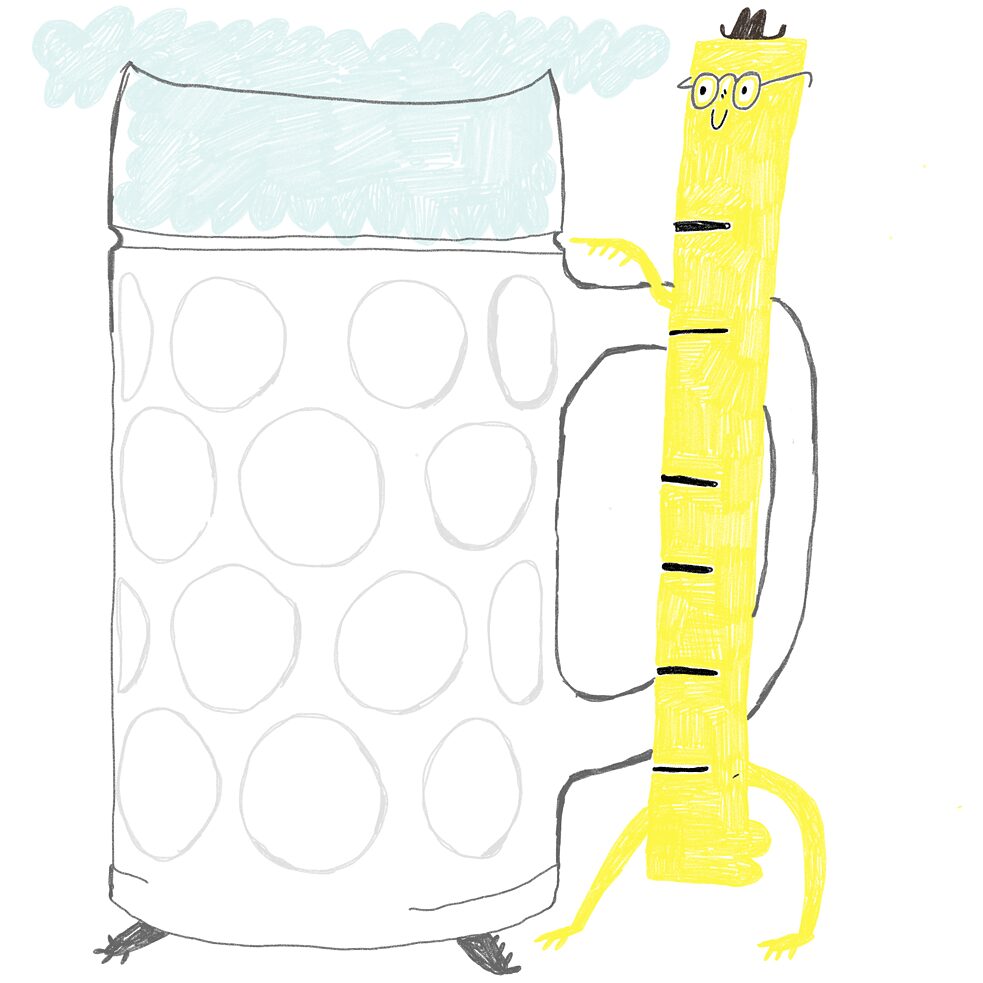 No matter how much the beer costs at Oktoberfest, patrons keep drinking till they drop – and then some! If you’re keen on watching this mass beer-guzzling and its often unseemly consequences from a safe distance, check out the website www.münchen-kotzt.de.

Oktoberfest produces so much puke that Theresienwiese (affectionately known as the “Wiesn” for short), the fairgrounds on which this annual booze-fest is held, lies on average 12 cm higher than the rest of the city, according to measurements taken in 2014. As a result, the “Therese meadow” is eventually going to become a “Therese hill”. 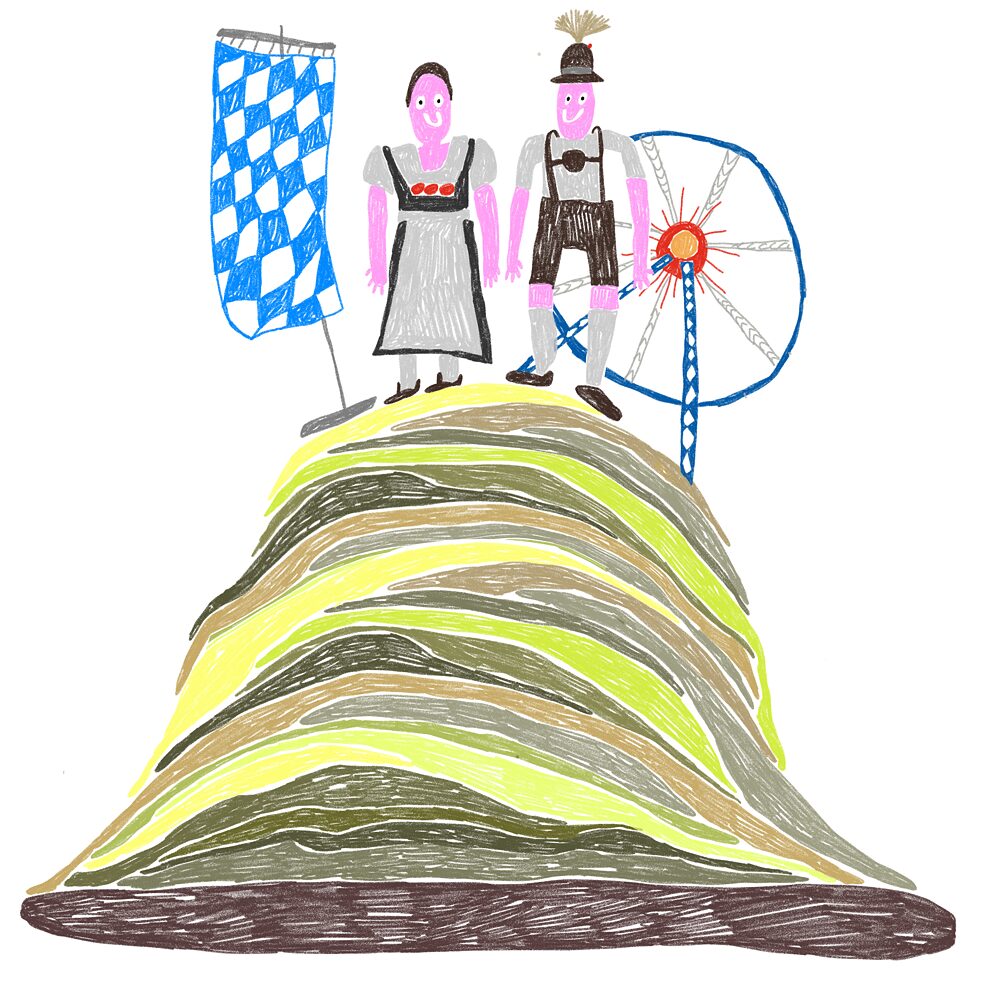 Therese hill | Illustration: © Susi Bumms Story #4
Criticism of the Oktoberfest doesn’t always go down well in Germany.
This year, some German rappers dissed the event in a song with the following refrain:

Here, on the other hand, is the police’s official tally of crimes committed during the 2022 Oktoberfest: “244 cases of assault, 1 attempted manslaughter, 55 sexual offences, 3 rapes. Some beer mugs got thrown around: 35 people were hit by flying Masskrüge. There were Hitler salutes and other Nazi references as well as 184 investigations of drug-related offences – mostly for pot and coke.”

Now it’s your turn, and I know this is tricky: which three stories are true and which one is pure invention?

On an alternating basis each week, our “Frankly ...” column series is written by Susi Bumms, Maximilian Buddenbohm, and Sineb El Masrar and Marie Leão.
In the “Frankly…visual” column, Susi Bumms observes pop culture and politics, commenting on what she sees through cartoons and pictures.

Susi Bumms draws, writes and plays in a band called The Screenshots. She currently lives in Cologne.