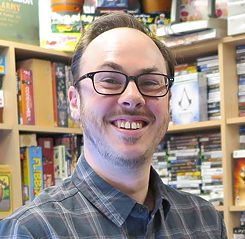 © Goethe-Institut As Studio Manager for the MIT Game Lab, Rik Eberhardt spends his days playing Tetris: with people, boxes, task lists, equipment, money, and time.
When not staring at a spreadsheet trying to fit in another computer purchase, a last minute event budget, or placing undergraduate researchers on a Game Lab project, he's chipping away at spreadsheets on his DS, reproducing pixel-art in Picross and Picross 3D, or managing the ultimate spreadsheet, a game of Sid Meier's Civilization.
He is also an instructor for two MIT Game Lab classes on game production and has served as a mentor and director for multiple game development projects including elude, a game about depression produced in the summer of 2010.
He holds a Bachelor of Arts degree from the College of William & Mary, is a Certified Scrum Master, a PMI Agile Certified Practitioner, and is currently working towards a Serious Games MA Certificate from Michigan State University.
Ranked as a top game design program in North America by the Princeton Review since 2009, the MIT Game Lab maintains MIT’s role as a leader in the study, design, and development of games. Moving forward, the Lab’s goal is to explore, educate, and engage the public by creating groundbreaking games, interactive online courses, and new applications to real world challenges. 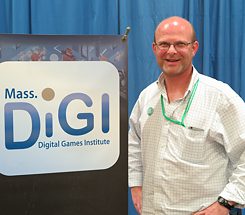 © Goethe-Institut Timothy Loew is Executive Director of MassDiGI. Prior to founding and starting up MassDiGI, Loew, an experienced administrator, held senior positions in business, development and academic planning at Becker College. Before Becker, he worked in financial services and as an independent management consultant to clients in the technology sector.
He is an appointed member of the MA Creative Economy Council. The Massachusetts Digital Games Institute (MassDiGI) is a statewide center, designated by the Commonwealth, for academic cooperation, entrepreneurship and economic development across the Massachusetts digital and video games ecosystem.
MassDiGI was conceptualized in 2010 and established in 2011 after a rigorous planning process. Based at Becker College, MassDiGI is the result of creative collaboration among academia, state government and industry, aimed at fostering the growth of the innovation economy in Massachusetts. In addition, MassDiGI is a US Department of Commerce Economic Development Administration (EDA) University Center and a member of the MA Creative Economy Network. 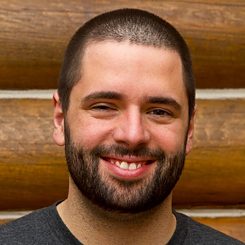 © Michael Carriere Michael Carriere is the founder of Zapdot, the creator of the Indie Game Collective and a leader of the Boston Indies. Boston Indies is a 600+ member meetup group that encompasses fans to professional indie devs within the Greater Boston Area. The Indie Game Collective aims to help local indies develop their studios and games through criticism and mentorship. His studio, Zapdot, has collaborated with other studios and clients to ship several titles on a multitude of platforms. 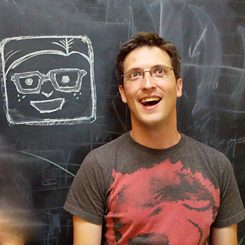 © Ziba Scott Ziba Scott calls himself Popcannibal and lounges around Boston making odd games. He uses his schooling in computer science (University of Chicago) and serious games (Michigan State) to make games about seating arrangements (Girls Like Robots), poetry (Elegy for a Dead World) and, most recently, sailing (Make Sail). Popcannibal's contract development portfolio includes advergames for film, beverage, social and technology companies as well as educational games. Awards include an IGF Nomination, an IndieCade selection and Unity Awards finalist. He has a wife and a turtle. His wife has been known to convince him to go skateboarding. His turtle is not as skilled an orator. 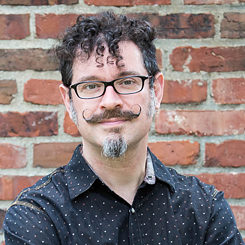 © Jeffu Warmouth Jeffu Warmouth is a contemporary media artist and professor of Game Design at Fitchburg State University in Massachusetts, USA. His conceptual work asks the viewer to unravel their relationships to language, identity, and culture. Born in San Diego, CA, he received his BA from University of Michigan in 1992 and MFA from Tufts University in 1997. His work has been featured at galleries, museums, and festivals worldwide, most recently at the 404 Festival in Argentina & Colombia. 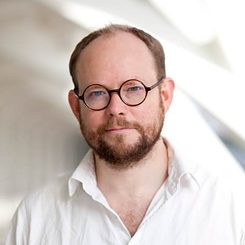 © Ben Houge Ben Houge is an artist working at the intersection of music composition, digital art, video games, performance, and gastronomy. Highlights of his twenty-year career in the video game industry include composing the acclaimed string quartet soundtrack for Arcanum: Of Steamworks & Magick Obscura (2001) and developing an innovative cell-based music deployment system as audio director of Tom Clancy’s EndWar (2008). From 2004 to 2010 he lived in China, where he was active in the Chinese art community, and his real-time, multichannel sound work has been exhibited internationally. His current work investigates the connections between music, gastronomy, and technology in a series of multisensory events he calls “food operas,” drawing on recent technological advances to achieve an unprecedentedly close pairing of music, combining aspects of performance, sound installation, and video game music composition.