Housing Cooperatives
Community instead of Property 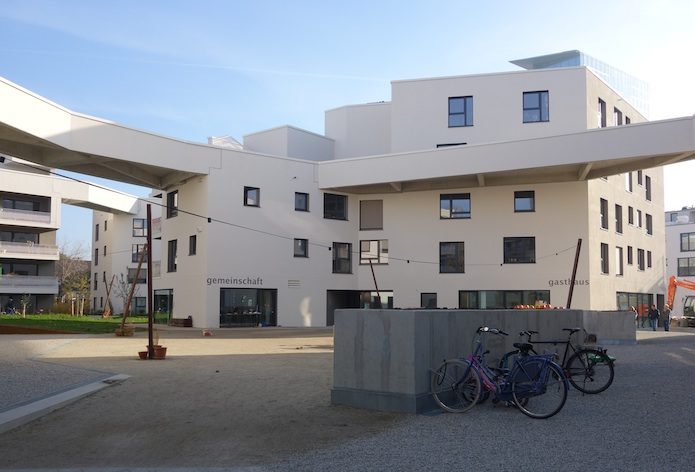 Germany is booming. Rents are rising and prices for residential space are increasing rapidly in dynamic urban centres such as Berlin, Hamburg, Stuttgart and Munich. Fewer and fewer people who work in these cities can afford to live there. But there is an alternative that guarantees both low rents and life estate: joining a housing cooperative. Germany’s most radical housing cooperative, wagnisART in Munich, has been honoured with the 2016 German Urban Construction Prize (Deutscher Städtebaupreis).

Even from far off, the windows, irregularly distributed along the facade, strike the visitor. If one goes from the street to the open space between the five buildings, one feels as if one is in another world.

At the fourth storey, wide concrete bridges span from house to house like arms placed over the shoulders of dancers in a circle. They create a space for the community that conveys security while permitting framed views of the surroundings. 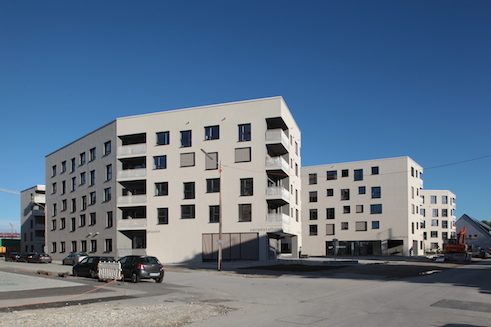 Housing Cooperative wagnisART | Munich | Photo: Frank Kaltenbach Here is the heart of the housing complex, since wagnisART is not just a residential building with 9600 m² living surface for the almost-200 residents, but a village within the city with 400 m² of community surfaces and 680 m² for commercial uses. A restaurant, an event venue for the neighbourhood, four practices and community rooms, and even a wellness area with sauna all find space here. The second interior courtyard is conceived as a green oasis, as a retreat space with private gardens of the ground-floor flats. 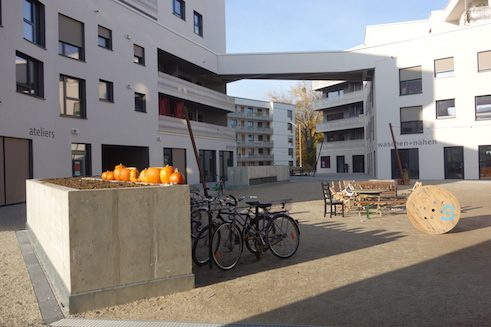 Housing Cooperative wagnisART | Munich | Photo: Frank Kaltenbach This village extends into the vertical, since the stairwells with their abundant daylight are used as communication spaces. Wide landings offer space for benches and artworks.

From the fourth storey upwards, one is above the roofs of the city and has a panorama view that includes the distant Alps to the south. If one strolls from bridge to bridge, one passes private loggias, an artist’s studio, or the broad “Champagne terrace” that lends itself to sunset community celebrations. 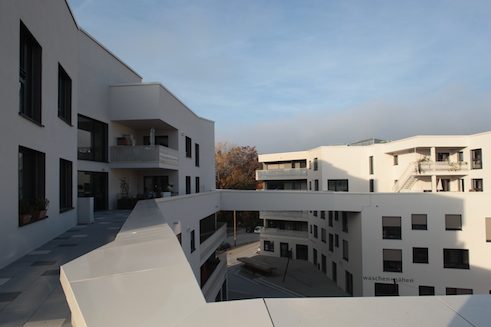 Housing Cooperative wagnisART | Munich | Photo: Frank Kaltenbach Unique to Munich is the concept of so called cluster apartments. 84 of a total of 138 flats are organised as shared flats: each cluster apartment has a private sphere with its own cooking niche and bath for each of one to three residents. The spacious community kitchen and joint living space are available to all cluster residents, up to 11 persons, depending on size.

It is the fifth realised project by the Munich housing cooperative Wagnis, into which experience from the now-16 years since its founding have flowed. Despite this, wagnisART’s developmental process is unique each time. 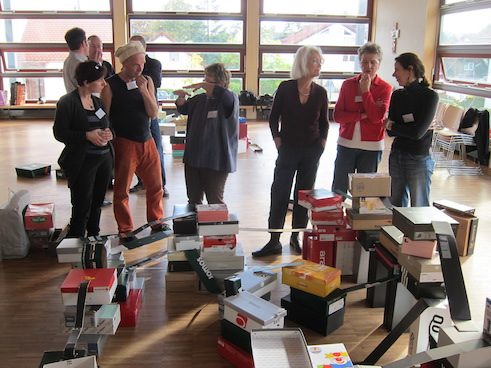 Housing Cooperative wagnisART | Munich | Photo: Udo Schindler For Wagnis, cooperative living does not just mean inexpensive rents, but above all an extraordinary engagement for the community – from the concept of the building and surfaces to the furnishing with works of art. Each cooperative member must contribute at least 20 work-hours annually.

Here, the architects are more moderators than designers. In a workshop, cooperative members arranged the five volumes of the buildings with shoe-boxes in a circle and connected them with wooden slats as a symbol of community: the birth of the bridges, which despite all resistance and additional costs, remained core planning elements. Even the arrangement of the windows was left to the residents: each member could decide what wall he would later look upon from his flat.

Aerial view Housing Cooperative wagnisART | Munich | Photo: Udo Schindler But members must also bring in capital. The deposits for start-up funding cover about 30 percent of construction costs. In view of the high passive-building standards, the total costs of 41 million Euros are astonishingly low. The cooperative remains the sole owner, residents are only shareholders. If a resident moves out, he is reimbursed his entire deposit. 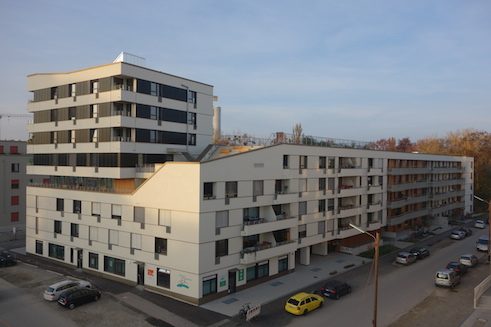 The Genossenschaftliche Immobilienagentur (i.e. cooperative real-estate agency /GIMA) in Munich now has 23 non-profit housing construction associations as members. Throughout Germany, since the Cooperative Act (Genossenschaftsgesetz) of 1889, cooperatives are experiencing a renaissance once again: over three million people are now members in one of over 2000 cooperative housing associations, or are already living in one of 2.3 million cooperative homes. 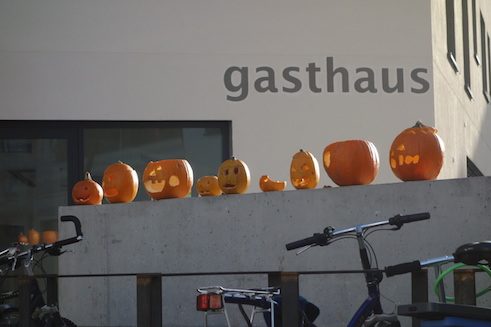 Housing Cooperative wagnisART | Munich | Photo: Frank Kaltenbach Cooperatives do not simply provide affordable housing, but above all high-quality homes and neighbourhoods. The residents of wagnisART gave their five buildings the names of the five continents. They do not conceive of their home as a castle, but instead as a lived social utopia – as a model for an alternative globalised world that doesn't only work according to the economic guidelines of the market.