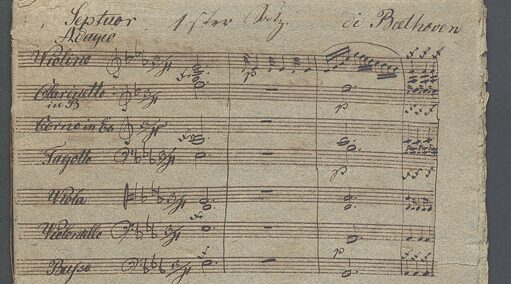 In celebration of Beethoven’s 250th birthday in 2020, the Goethe-Institut Boston commissioned the composers Heather Stebbins and Diana Rodriguez, both with strong ties to Boston, to compose works based on his Septet in E-flat major, op. 20. The premiere, performed by ensembles Sound Icon and Winsor Music alongside Beethoven’s septet, was to be premiered in November 2020 but had to be postponed due to the pandemic. We are thrilled to be able to  present the concert in person a year later to a reduced audience.


Beethoven’s septet, scored for clarinet, bassoon, horn, violin, viola and cello, was one of his most popular and frequently performed works during his lifetime. The exceptional instrumentation and the divertimento-like format with six movements instead of four added to its fame and helped it become one of Beethoven’s most arranged works. Today the septet is rarely performed. 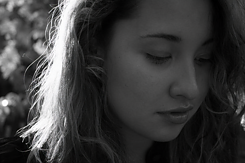 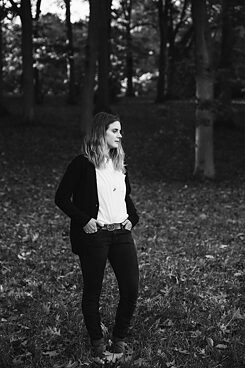 Sound Icon is a sinfonietta committed to performing the most significant progressive works of the past few decades. As a sinfonietta, Sound Icon offers the color palette of a full orchestra with the precision and flexibility of a chamber ensemble. The technical and logistical challenges of contemporary repertoire for sinfonietta often discourage live performance in the United States, however, Sound Icon embraces this music and aims to bring this repertoire to Boston and beyond. Through ambitious programming performed to the highest standards, Sound Icon engages audiences in dialogues about what progressive music is and can be: music that redefines rules, experiences, and expectations.

Winsor Music is firmly convinced that the arts, and specifically music, create a multi-faceted bond within a community and beyond. Winsor's goal is to be a positive force in our community through performing vibrant chamber music concerts that focus on diverse compositional and musical voices, by commissioning new works by primarily women and people of color, and engaging audiences through thoughtful outreach programs. For 25 years Winsor Music's highly-acclaimed concert series has featured unique, engaging programming, and has attracted some of the world's biggest talents. Winsor Music is a long-time partner with Project STEP, offering mentorship opportunities and scholarships to kids of color to attend music camp. This past year Winsor Music was a part of the core team leading Boston Hope Music which provided "doses" of music to patients recovering from COVID-19, offered music lessons to doctors and nurses, and provided music at Boston area vaccination sites.