For our next exhibition, Goethe Pop Up Seattle is thrilled to welcome its first nonhuman artist (and first cow). From the alpine meadows of Switzerland by way of the marshes of Berlin, Soya the Cow uses music, fashion, and performance to engage animal rights, climate activism, and feminism, spiced up with a dose of drag.

The alter-ego of the artist and musician Daniel Hellmann, who lives in Berlin and Zurich, Soya blurs the boundaries between male and female, human and cow, and manages the balancing act between a serious desire to change the world and a humorous sense of lightness.

After appearing at animal rights and climate protests, in theatres and art festivals, and most recently on The Voice of Germany, the singing drag cow presents her first exhibition, Planet Moo, showcasing photographs, video works, masks and costumes that will transport you into Soya’s fascinating bovine universe.

The artist’s transformation into their drag cow persona stands for a larger societal, economic, ecological and ethical transition. Thus, Soya attempts to make the unbearable more bearable and the unimaginable imaginable. She playfully questions the relationship between humans and non-humans, between fast food and fast fashion, between those who eat and those who are turned into products and eaten. What would our lives look like if we stopped cutting each other into pieces? Can we be free if not everyone is free? 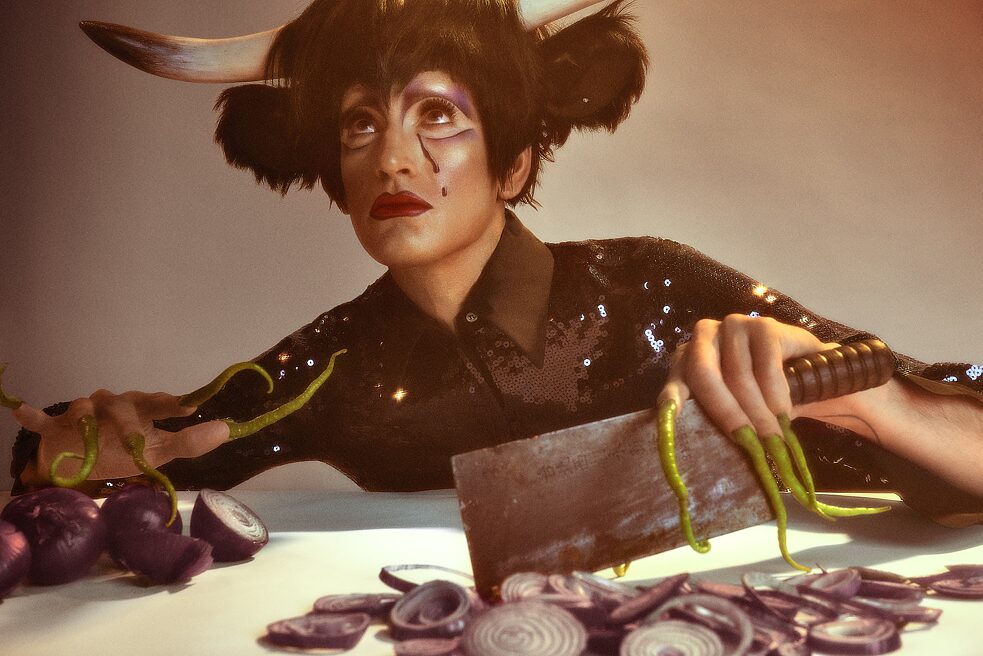 Soya the Cow literally gives animals a voice, telling the story of grief and hurt, but also the passionate desire for freedom and justice, from the perspective of a dairy cow. - queer.de

The Swiss singer, performer, dancer and theater maker armed with philosophical questions, is to the arts what veganism is to gastronomy: the answer to one and more crises of meaning. - Neue Zürcher Zeitung. 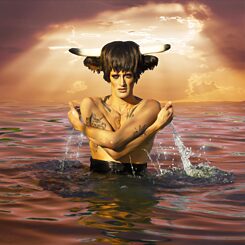 © Olivia Schenker About Daniel Hellmann:
Daniel Hellmann is a singer, performer, dance and theater maker from Zurich. He studied philosophy, classical singing and theater/performance and since 2012, he has been developing his own artistic work, touring internationally and winning various awards. Hellmann sees his artistic practice as a form of intersectional activism. His projects explore the body, bodily relationships and desire, and question social norms and power relations in the fields of sexuality, human and animal rights.

As part of his interactive performance Full Service (2014), Hellmann has executed hundreds of services around the world for a corresponding negotiated fee. His solo performance Traumboy (2015) on male sex work was selected for Sélection Suisse en Avignon and for Swiss Selection Edinburgh. Hellmann recently developed the female counterpart Traumgirl together with Anne Welenc - a third production on the subject of sex work, which premiered in August 2019 at the Edinburgh Festival Fringe.

Since 2017, Hellmann's work has increasingly focused on the relationships between humans and other animals. The music theater performance Requiem for a piece of meat (2017) was awarded the June Johnson Dance Prize and invited to the Swiss Dance Days 2019. With his alter ego Soya the Cow - a sex-positive, feminist, vegan drag cow, Hellmann has created the one-cow-show Dear Human Animals (2020), he appears in theaters, panel discussions and night clubs and is currently recording his first music album Purple Grass.

In addition to his own works, Hellmann has created other pieces in variable artistic collaborations - Nach Lampedusa - Wandererfantasien (with Ursina Greuel & Samuel Fried / 2014) on the situation of refugees in Switzerland, and the performance All In (with Layton Lachman & Anne Welenc / 2019) on triadic love relationships. Planet Moo is his first visual art installation in a gallery space.

In addition to this exhibition, Soya will participate in two events coproduced with Velocity Dance. An Artist Salon will take place on May 7 at the Cloud Room, upstairs from the Pop Up, and on May 13 Soya will headline Velocity’s Nightlight event series at Capitol Hill’s iconic Café Racer.

Planet Moo is part of a larger US-tour that includes performances, exhibitions, and artist talks in Seattle, Houston, Los Angeles and Kansas City.

This exhibition is organized by Goethe Pop Up Seattle and is supported by the City of Zurich, Canton of Zurich, and Pro Helvetia - Swiss Arts Council.