The film stream is available to viewers in the U.S. from January 27 at 5pm to January 28 at 5pm PST. 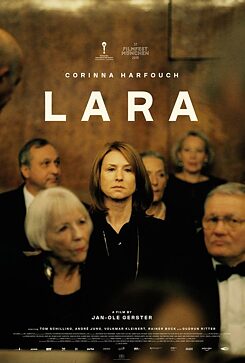 © Beta Cinema About the film:

It’s Lara’s 60th birthday, and she should be celebrating. She just retired, and prodigy son Viktor is debuting his musical composition at a prestigious concert. Instead, she has reached a moment of personal crisis—years of heartless behavior has alienated her from everyone around her, including Viktor. As Lara becomes obsessed with making the evening a success, the action rises to a fever pitch.

Born in Hagen, Jan-Ole Gerster moved to Berlin in 2000, where he interned at the production company "X-Films Creative Pool" (Run Lola Run, The White Ribbon). He studied script writing and directing at the Berlin Film and Television Academy (DFFB). In 2010, Gerster started work on his graduation film Oh Boy (released as A Coffee in Berlin in the US), which premiered at the 2012 Munich Filmfestival. The film garnered international acclaim and won the 2013 German Film Prize in six categories, among them for Best Screenplay, Best Director, and Best Film. For his feature film Lara, he shifted the focus to an older generation in this nuanced portrait of a mother's strained artistic ambition.

Language: German with English subtitles
Price: $0-25 (pay what you can)