In participation with MFAH Films, Goethe Pop Up Houston presents three separate screenings of the historical drama and adaptation of the literary classic: Fabian: Going to the Dogs.
Tickets About the film:
Germany | 2021 | 176 minutes


Berlin, 1931. Jakob Fabian works in the advertising department of a cigarette factory by day and drifts through bars, brothels and artist studios with his wealthy and debauched friend Labude by night. When Fabian meets the beautiful and confident Cornelia, he manages to shed his pessimistic attitude for a brief moment and falls in love.

Not long after, he falls victim to the great wave of layoffs sweeping the city, plunging him back into a depression, while Cornelia’s career as an actress is taking off thanks to her wealthy boss and admirer – an arrangement that Fabian finds difficult to accept. But it’s not just his world that is falling apart…
Veteran German director Dominik Graf (Beloved Sisters) wowed audiences at the Berlin Film Festival with this dazzling adaptation of Erich Kästner’s classic of Weimar literature, set amid the twilight hedonism of pre-Nazi Germany. 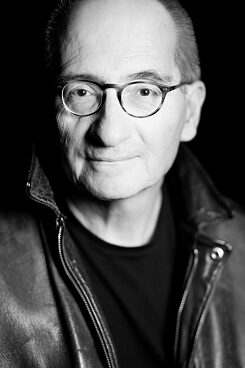 Graf graduated from the Munich Film and TV Academy in 1980. Throughout his career in Film and TV, he has directed almost 80 works of various lengths and genres and garnered over 40 national and international prizes, including the prestigious Lola Awards and Grimme Awards.