On December 6th, 2018, from 6:00 to 9:00 pm, the Goethe-Institut Washington will be hosting a feminist-themed edit-a-thon workshop, co-led by Dr. Hester Baer of the University of Maryland and representatives of Wikimedia DC. No training or previous experience with Wikipedia is necessary; hands-on training will be provided.

Dr. Hester Baer will discuss the importance of editing Wikipedia from a feminist perspective, while Ariel Cetrone of Wikimedia DC will discuss the role that edit-a-thons play in achieving equality of representation through engaging with online resources and having a say in how the world’s largest free online encyclopedia is written.

Participants are asked to bring their own laptops, which must be able to connect to the Internet.

Participants are also strongly encouraged to create Wikipedia accounts before attending the workshop; many accounts created at once under the same IP address can result in some difficulty, and we would also like to get started as soon as possible.

As a starting-off point, we will be providing a list of Wikipedia articles that are already in need of work, most of which deal with women in the culture and history of German-speaking countries. Translating articles from German to English is encouraged and vice-versa.

Food will be provided thanks to Wikimedia DC.

These days, finding information easily and quickly on Wikipedia is a convenience many of us enjoy without much further thought. But have you ever wondered who invests time into writing the articles we read daily, who edits them, who fact-checks them? Who cares enough about the widespread and free accessibility of information on the Internet to be a Wikipedia contributor? The answer is that it could be anyone – including you!

The gender gap in Wikipedia contributors, however, is astounding. Less than ten percent of contributors to Wikipedia are women, and contributors who identify outside of the male/female binary make up a mere one percent. This discrepancy leads to gender bias across the board in Wikipedia’s content. Articles about non-male-identifying writers, filmmakers, artists, academics, activists, scientists, and more are shorter and lesser in number. Feminist edit-a-thons seek to remedy this issue and close this gender gap by encouraging participants to think critically about how Wikipedia articles are written, and to make necessary edits themselves.

Register
This evening is a part of our #FeminismToMe hashtag campaign. With this hashtag, we are collecting personal definitions of feminism on Instagram. The social media campaign is the overarching theme of a series of events, in which we give different voices of the feminist movement a platform at Goethe-Institut Washington. 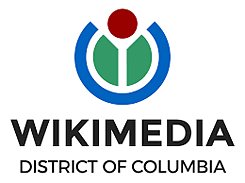