To stream this film you must register on Eventbrite. You will receive the password by email on July 11, 10AM CST.


The only film Pina Bausch directed.
Beginning her work as a choreographer in 1968, Pina Bausch is the inventor of tanztheater as it is known today. During 40 years as Artistic Director of Tanztheater Wuppertal Pina Bausch, she nurtured an ensemble of vivid imagination and grand scale. Since her untimely death in 2009, the company has continued to tour her 46 choreographic works around the world.

A portrait does not tell a story. One can only guess at the biography of the person portrayed. Even if you spread it over time - which is the case here - hardly any story emerges. Instead, the film delves into the depths of the emotions, into spheres that have never been seen or heard before. It is also a film about the seasons. Leaves in autumn. Snow in winter. Grass in spring. On trees bearing numbers. On white water and strange fruits. There is a crying desire in this film, the need to be loved, the fear of the end.

To stream this film you must register on Eventbrite. You will receive the password by email on July 11, 10AM CST. 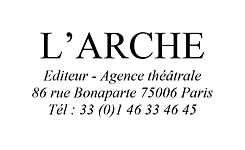