Who Learns German? German in the Age of Globalization
Between Decline, Revival and Reorientation 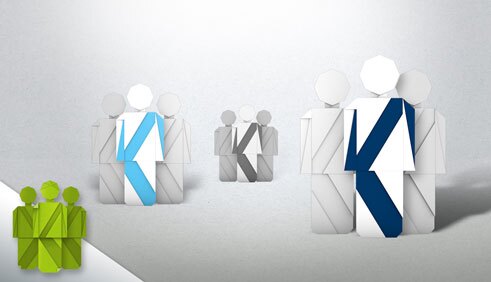 Who Learns German? German in the Age of Globalization | Illustration: Melih Bilgil

The political, social and economic changes that have been triggered by globalization processes are having a lasting impact on the reasons why people learn foreign languages and on their goals and interest in doing so. Who learns German these days? And why?

Major social, economic and cultural changes are also influencing the learning of German around the world. Traditional groups of learners are becoming smaller or disappearing altogether, while new groups with new needs, interests and goals are emerging. Accordingly, teaching of German as a foreign language (GFL) or of German as a second language (GSL) is facing considerable challenges. Success will depend on developing flexible language learning programmes capable of meeting the needs of very different learner groups and individuals.

It is a well-known lament: fewer and fewer people are learning German, and in some domains the language is also becoming less important. English dominates as a lingua franca and as the language of science.

A glance at the figures confirms this: in the year 2000, in one of the first systematic surveys of German learning carried out by the Ständige Arbeitsgruppe Deutsch als Fremdsprache (now renamed “Netzwerk Deutsch”), 20.1 million people were found to be learning German. Ten years later the figure had dwindled to just 14 million, the lion’s share (12 million) at schools.

In many places, however, the level of language proficiency has also declined. This is due to political and economic changes, and to the language and education policies pursued by many countries, though migration and demographic factors also play an important role.

Numerous examples can be found to illustrate the link between the aforementioned developments and the interest (or lack of interest) in learning German as a foreign language, though only a few can be mentioned here. Following the fall of the Iron Curtain in 1989, for instance, GFL experienced a huge upswing in Eastern and Central Eastern Europe. The fact that language skills made it possible to pursue a career in business in one’s own country and to engage in intensive academic exchange made German attractive. German intermediary organizations and foundations provided funding for teaching staff, and German as a first or second foreign language was taught very successfully in many schools. Then, however, falling birth rates, reduced language diversity in school curricula and changes in migration processes resulted in a decline.

The collapse of the Soviet Union meant that national languages were reinstated in Central Asia and the Caucasus, which resulted in foreign language structures shifting. Russian was no longer the language of officialdom, schools and education but was replaced for example by Kazakh or Uzbek, which were then used as the language of communication in these multilingual societies. English, being the language of science and a lingua franca used in dealings with business and political partners, quickly became more important and in some cases began to supersede German in schools, universities and society as a whole.

In East Asia, the economic and political transformation that has taken place in countries like China, Vietnam, Malaysia, Singapore, Thailand, Indonesia and the Philippines since the 1990s resulted in growing interest in GFL. In this region Germany is a partner in trade and commerce, but above all in the development of science.

Other reasons can be found in Latin America, where political and economic emancipation from the USA resulted in many countries opening up to Europe. In the space of just a few years, for instance, an education programme entitled “Ciência sem fronteiras” (“Science without Borders”) saw several thousand students come to Germany from Brazil alone – students who are now also learning German.

Last but not least, funding programmes that form part of the Federal Foreign Office’s cultural relations and educational policy initiative also create opportunities and reasons for learning German. In 2011, the Goethe-Institut launched a project in India entitled “German in 1,000 Schools”. Three years on, 60,000 pupils at 500 schools are already learning German. Back in 2008, the Federal Foreign Office initiated “Schools: Partners for the Future” (PASCH) to link approximately 1,700 schools with Germany. Graduates are provided with scholarships so that they can switch seamlessly to a degree course in Germany, local teachers are trained, teaching staff are sent from Germany and teaching materials are developed.

Germany has been a country of immigration since the 1960s. One in five people living in Germany nowadays has experience of migration – or one in three among the under-tens. Political, legal and social recognition of this development was a long time coming and is still an unfinished process. For the past ten years or so, considerable resources have been invested in systematically promoting the German skills of immigrants and foreign citizens. Courses in German as a second language are offered to all kinds of people, from young pre-school children to those wishing to pass citizenship tests, and are now taken largely for granted. The integration courses introduced in early 2005 are in considerable demand. According to the Federal Office for Migration and Refugees (BAMF), 75,953 people have embarked on an integration course since 2005 – in 2013 alone the figure was 8,851 (cf. BAMF: Schlüsselzahlen Integrationskurse, i.e. key statistics for integration courses). Integration is regarded as being synonymous with proficiency in the German language, yet little consideration is given to processes of social participation and the realization of opportunities.

People who come into contact with the German language in the context of migration have very different backgrounds and motives. The financial crisis has led to increased migration within Europe, predominantly of young skilled workers, which has resulted in high demand for German courses not only in their countries of origin but also in Germany. At the same time, the number of refugees coming to Germany to escape political or religious persecution and war is on the rise (cf. BAMF: Das Bundesamt in Zahlen 2013, i.e. The Federal Office in Figures 2013). They also include unaccompanied children and young adults who often arrive in German schools with no knowledge of German. Immigrants wishing to come to Germany to join family members already living there are required to demonstrate at least an elementary knowledge of the language.

GERMAN FOR SCIENCE, SCHOLARSHIP AND UNIVERSITY

2014 was the first year in which the number of foreign students at universities in Germany exceeded 300,000. The target defined in the German government’s 2013 coalition agreement is for around 350,000 foreign students. What is more, European students are becoming increasingly mobile, and Germany is one of the most popular countries in which to study. Over the next few years, the “ERASMUS+” EU programme for education, training, youth and sport will also result in increasing numbers of German learners.

Degree courses – and with them the German language – are also “exported”, however. The collective term “transnational education” encompasses all kinds of different programmes which involve establishing teaching and research projects in cooperation with partner universities in other countries: examples include the German Jordanian University (Amman), the German University in Cairo, the German-Kazakh University (Almaty) and the Sino-German University (Shanghai). Although new universities such as these tend to use English in their degree courses, they nonetheless raise the profile of German in regions in which the language previously had virtually no significance. One special role is played by the Turkish-German University (Istanbul), which was founded in 2010 and is currently in the process of being established: German is to be the predominant teaching language there. Germany is needed for a wide variety of purposes at different levels: at university, in science and scholarship, during internships or for a professional career. Whereas teacher training is on the decline elsewhere, it is receiving a boost thanks to such projects (Amman and Cairo). This allows lasting German-learning structures to be established.

Schools are still the places where most learners of German are to be found. Their number is influenced by political decisions such as the order in which foreign languages are to be learnt or the number of foreign languages to be offered at school in the first place. Where German is offered as a second or third foreign language, the numbers of learners remain high, teachers are trained at higher education institutions and German departments exist at universities.

An enormous amount has changed over the past two to three decades in terms of adult education and the teaching of German outside schools, new groups with new needs, interests and goals having given rise to – and indeed still giving rise to – highly diversified demand for German.

If advantage is to be taken of the resulting opportunities, traditional concepts and language courses will need to be carefully scrutinized and new concepts developed that are capable of meeting the requirements of very different learner groups and individuals with their specific interests and goals. German is already being learnt in new places: at schools in countries where German was not previously taught, at language learning centres outside big cities, at new universities – particularly in emerging economies – and indeed in virtual learning environments on the Internet.

The general trend in GFL and GSL is to move towards functional courses and teaching methods with the practical aim of being able to communicate in German in a globalized world.