Who Learns German? Challenges for GFL and GSL
New Goals for German Teaching 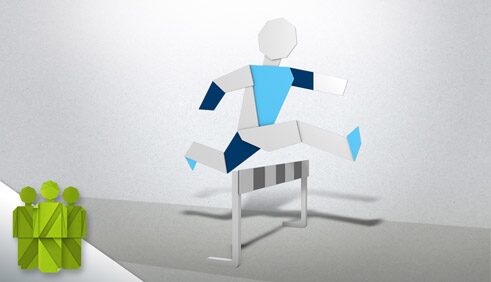 In recent years, the socioeconomic conditions for language learning have changed, as have learners’ individual reasons and goals. This has a fundamental impact on GFL and GSL teaching. So what new challenges do teachers face as a result?

Over the past two decades there have been enormous changes – not only in quantitative but above all in qualitative terms – in the way German is learnt, and thus also in the way German is taught. New groups, regions and funding programmes, as well as new motives, goals and fields of application for language learning require more finely-tuned methods and didactic approaches to the teaching of German as a foreign language (GFL) and German as a second language (GSL). Teachers and their lessons face growing requirements – and must react.

Outside the school context, people rarely learn German nowadays simply because they are interested in German literature and culture but tend to do so for economic, political or social reasons. Besides individual goals, key reasons to take courses in GFL or GSL are mobility, professional qualifications or legal requirements. The motivation to learn German has changed and is generally related to work, university studies, a desire to join family members already in Germany or the wish to acquire citizenship.

These factors have far-reaching consequences for those involved. As a result, GFL and GSL teachers and institutes offering courses in German such as the Goethe-Institut need to review and revise their tried and tested general language learning goals as well as the way they design their lessons and define their course and exam formats. New concepts for teaching and language learning need to be developed (and indeed are already being developed) and must adequately reflect the target group learners and their specific goals. They must be practical, take advantage of any language learning experience individuals already have or ensure that they acquire such experience. They must also reflect the students’ reasons and motives for learning German.

GERMAN IN SCHOOLS – OR INDEED ELSEWHERE

The great majority of people still learn German at school. The numbers of German learners remain high in cases where German as a first, second or third foreign language is compulsory or one of a range of compulsory elective subjects. In Cameroon, for example, over 200,000 of the country’s nearly 202,000 German learners in 2010 were at secondary school. The current situation in India is a good example of how difficult it can be to establish German as a subject in schools despite considerable efforts to promote it. Specific funding programmes, and particularly the “Schools: Partners for the Future” (PASCH) initiative, support the further development of German teaching at schools.

In certain other regions, however, German plays hardly any role in schools. In some Scandinavian countries (except Denmark), for instance, its importance is rapidly declining. Where the number of foreign languages on the curriculum is cut, English is often given preference over German. The consequences can be dramatic: at worst, the training of GFL teachers may be discontinued altogether and German departments at the country’s universities may be closed down.

Such opposing trends make regional or country-specific concepts aimed at supporting German teaching at schools all the more important. Foreign language policy must continue to focus on the need for teachers to receive training and continuing education in language, methods and didactics. What is more, such training must be expanded – precisely by introducing German as a foreign language in regions in which there has previously been little in the way of German teaching.

FOR SCIENCE, ACADEMIC STUDIES – AND THE PROFESSIONAL DOMAIN

Students around the world are increasingly interested in studying in Germany. Even in countries where German is not on the school curriculum, this is giving rise to growing demand for German courses that prepare students for university in Germany. There is also increasing demand for the requisite language proficiency certificates. Exams at the Goethe-Institut and university entrance tests (TestDaF) are experiencing a boom – as are courses which prepare for the exams.

At the same time, entirely new language requirements are emerging: students wishing to enrol in a degree course taught in English, for example, may no longer be required in some cases to have any knowledge of German to secure a university place or attend seminars at German universities. In everyday and student life, however, German is still as essential as ever. A new conglomerate of everyday and technical language is emerging with demand for communication skills in multilingual contexts.

New language constellations are also appearing within the framework of German university projects abroad. In such cases, German is often just one of many languages needed for university studies, academic research or the world of work. In conjunction with English and the respective national or regional language, this gives rise to multilingual situations for learning and using German which pose a highly specific challenge for language teaching – and open up new opportunities: the multilingual nature of academic contexts assigns particular functions to the different languages in certain domains such as everyday life, university studies, academic research or the world of work. Lesson concepts and lesson content must be geared to precisely these functions.

A knowledge of German is a basic prerequisite in the context of migration, though immigrants increasingly also require domain-specific language skills. This is particularly true of the medical and nursing sectors and in technical fields where a shortage of skilled professionals has resulted in migrants being specifically recruited in recent years. Extensive technical language skills have to be acquired alongside a good knowledge of everyday language. In addition, the cultural knowledge associated with the German language also has to be taught.

These new framework conditions are changing the requirements for German lessons in Germany and abroad to an equal extent. Among other considerations, language courses need to take into account the fact that German has to be learnt in a much shorter period of time, especially in countries where German is not on offer in schools: in many cases, students have just one year to achieve B2 or C1 level – starting from scratch.
Another aspect that needs to be considered is that German language learners may differ considerably depending on their previous experience of language learning. If it is their first experience of learning a foreign language, or perhaps even their first experience of formal education, GFL or GSL teaching may need to begin by teaching students how to learn, and by helping them to acquire written language skills. In other cases, students may already have learnt English or as many as two or three other foreign languages. Advantage should be taken of such skills and learning experience.

In developing countries and countries such as China or Brazil, where people often live far away from places where German is on offer to any significant extent and in any reasonable quality, new Internet-based forms of learning are also becoming increasingly important and in some cases are actually the only available way of learning German.

In other cases, the fact that language learning is focused on increasingly specific vocational and professional goals makes learning of languages for special purposes a core element of the lessons – in some cases at low proficiency levels.

Increasingly, language learning is subject to a combination of various informal and lesson-based processes that is difficult to control, German learners having often already experienced different forms of language learning. In an age of greater mobility, formal language teaching is in some cases preceded by prolonged phases of informal second language acquisition.

Another challenge for GFL and GSL teaching lies in the potentially wide range of circumstances, existing abilities, goals and motivations among the students of a particular course. In GSL integration courses in Germany, for instance, it is not unusual to find people who have only just learnt to read and write sitting in the same classroom alongside highly qualified skilled professionals.

TAKING IN-CLASS DIFFERENTIATION TO THE NEXT STEP

These new constellations and trends require GFL and GSL teachers to adapt their approach to teaching so as to give due consideration to learning goals, specific existing skills and the need for language content for special purposes. It is also important to create learning environments that are conducive for very different learner types. Diagnostic skills, flexibility and empathy are therefore needed when planning GFL and GSL lessons, as well as when teaching, interacting with and testing students, in order to ensure that existing potential is identified and promoted.

Long-familiar didactic elements such as (in-class) differentiation, forms of open and active learning, mixtures of face-to-face and media-based teaching, E-learning and forms of group and individual work in the classroom are experiencing a revival in terms of their topical relevance. We need to build upon these methods and take them to the next step – using digital media, amongst other things.