Qualification of Teachers of German: Training and Continuing Education
Developing and Networking 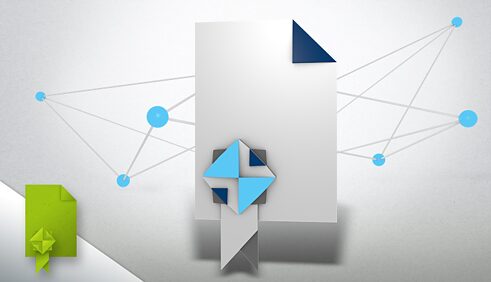 Training of teachers of German is the basis for the proper teaching of German as a foreign or second language. But what sort of qualifications are needed if the new global and indeed regional challenges are to be met?

Training of teachers of German reflects the standing of and priority given to the German language at regional and national level. If greater or lesser importance is attached to the teaching of German as a foreign or second language at schools, this has consequences for the training of teachers of German and for German studies at universities. National education systems lay down extremely different regulations for teacher training, and Germany’s foreign cultural and educational policy can provide valuable support when it comes to qualifications for  teachers of German. In view of the rapid pace of global change, key competencies such as flexibility, a willingness to adapt and an aptitude for lifelong learning are central objectives of training and continuing education, especially with respect to the acquisition of and practical reflection on the basic principles of teaching methodology and didactics.

Generally speaking, academic training at university level is necessary to become a professional teacher of German. However, this does not necessarily imply that only teachers with academic qualifications are deployed in all situations where German is taught as a foreign or second language. There may be different reasons for this; for example, only GSL teachers wishing to teach integration courses in Germany have to provide proof of their academic GFL and/or GSL training. If they cannot provide such proof, they must at least acquire an additional qualification from a certified provider. There is a lack of such quality assurance procedures when it comes to the recruitment of teaching personnel in other areas of immigrant language tuition. In addition, GSL is often taught in precarious and insecure employment conditions, or even on a voluntary basis. “GSL teacher” and “GFL teacher” are not protected terms in German-speaking countries. Both here and in non-school education abroad, course providers and private language schools themselves determine which qualifications they require of their teachers.

The situation in state schools and universities in Germany and abroad is different. Only those who fulfil the national or regional requirements can teach German there – requirements which can differ considerably as regards the scope and content of the course of study. Around the world, however, it is a sad reality that proven academic qualifications do not necessarily ensure a decent income for German teachers.

There is growing demand in many countries for well-qualified German teachers. In some cases there are already signs of an increasingly dramatic shortage of teachers – for example in regions in which demand for German courses has risen sharply within a short space of time. Demand is declining in other countries, in which case the number of people studying German at university falls simultaneously. Where German is forced out of the range of foreign languages on offer at schools by English as a lingua franca or by regional languages, this has radical consequences for GFL teacher training and thus for the existence of German studies at universities. In some cases, however, there is increased demand in particular for non-school German lessons, for which there is then a lack of qualified teachers.

At the same time, there is much that needs to be done in the area of German teacher training in view of the latest trends with respect to target groups of German learners and scientific, didactic and media developments. The expectations of the competencies offered by German foreign and second language teachers have risen: increasingly, qualified teachers are not only expected to have language, subject-specific, didactical, media-based and local cultural competencies (always giving consideration also to the requisite practical teaching skills), not to mention general pedagogical abilities, but also to constantly further develop their ability to reflect on their profession and act accordingly.

Such developments demand new education policy concepts, not only to improve and strengthen German teacher training structures but also to recruit and train additional German teachers to supplement those qualifying via conventional teacher training courses. Such concepts must be suitable for flexible supraregional deployment while at the same time meeting specific regional needs. They have to satisfy scientific and practical requirements and be able to be used (with no barriers to access) wherever they are urgently needed. Given the rapid pace of media, learning possibilities, requirements and scientific developments, German teacher training must be increasingly viewed as a process of continuous further education pursued by teachers throughout their careers: better coordinating training and further and continuing education is an important challenge not only for universities, but also for the intermediary organizations involved and other providers of further and continuing education.

Academic teacher training has been the subject of discussion for many years, as has the training of German teachers. Different degree courses have responded in different ways to the frequent calls for training with a more vocational and practical relevance and a focus on classroom-related issues: GFL and GSL bachelor and master degree programmes in German-speaking countries now have a much more visible vocational profile, partly thanks to the Bologna reform. Curricula include foreign and second language didactics as a matter of course, as well as practical in-school training placements.

In degree programmes in German studies in non-German-speaking countries, the vocational relevance of the degree course depends on the status of the university reform process and on local, regional and national regulations, as well as on the way the university’s German department in question views its role, as not all of them see themselves as being responsible for providing practical training. Depending on the national education system, training of German teachers is either an integral part of university German degree programmes or takes place at separate state academic institutions with foreign language departments. The curricula are correspondingly heterogeneous. As a rule, they focus primarily on literature, culture and linguistics, and (depending on their entry level language requirements) on acquiring and improving German language proficiency. The curricula differ considerably in terms of their specialist profile, their practical orientation and the professional qualifications they provide, despite the fact that the potential professions are the same in different regions: “German teacher”, “translator/interpreter”, “intercultural (business) communication manager” and “academic”.

German departments at universities around the world are often (very) small entities, however. Curricular revisions depend on their capacities and equipment, as well as on the scope to which national, regional and local circumstances permit them to undertake such revisions. It is not always the case that sufficient university personnel is available to tackle the demanding challenges in the fields of teaching and research. There are frequently gaps, also when it comes to the promotion of young researchers, especially in the areas of “didactics/methodology” or “the science of teaching and learning”/”Applied Linguistics”. In this respect, there are promising signs of cooperation between local German studies and GFL departments at German universities, which use funding provided by German foreign cultural and educational policy to revise German studies curricula and to train young researchers and lecturers to take on roles in the training of German teachers.

In many regions of the world, the need for systematic further and continuing education in the area of German as a foreign language is becoming increasingly urgent. Wherever demand for German courses increases suddenly, it very quickly becomes clear that there is a lack of teachers with sufficient qualifications, and in many places it is not possible – or only possible to a limited extent – to undertake academic training as a GFL teacher. Further and continuing training courses can also fill gaps in situations where graduates in German studies first need to develop a more practical orientation. Further and continuing training is also required in regions where demand for German is on the decline, however, as it is precisely in such situations that attractive German courses taught by well-qualified professionals are required so as not to further accelerate the decline.

The Goethe-Institut offers a comprehensive range of further and continuing education courses, such as a modularized basic programme entitled Deutsch Lehren Lernen (DLL). In addition, the Goethe-Institut also runs seminars and workshops such as those designed by “German language advisors“ at local branches of the Goethe-Institut. Further training courses in the form of conferences are offered by regional associations of German teachers and by the International Association of Teachers of German, amongst others.

Wherever there is increasing interest in vocational German courses during the transitional phase between school and profession – or indeed in evening classes – GFL teachers are needed who are qualified to teach adults and have the necessary knowledge about language for professional communication and didactic skills. There is also growing demand for German teachers with training in language for special purposes in the area of academic German learning courses, for example in connection with German university projects abroad where subjects such as mechatronics or law are studied in German. Here too, specific further and continuing training can fill gaps in training courses – though this is still at an early stage of development, particularly from an international perspective.

Furthermore, it is extremely important in the medium and long term for consideration already to be given to the requirements for didactic qualifications and qualifications in language for special purposes during basic academic German teacher training.