Together with our partner CPB PRISM, we are developing a programme for teenagers, in which they get to learn about photography and explore questions on masculinity and gender at the same time.

About the project: "Seeing Masculinity through the Lens"

As a curtain-raiser to the M3-Song Challenge 2021, a German-Indian song contest on the theme of masculinities for emerging musicians, the Goethe-Institut Chennai recreated the iconic original German song Männer by Herbert Grönemeyer into a Tamil version with the lyrics and tune adapted to best represent the German original. This Tamil Cover-song of the German original Aangall has been composed and rendered by playback singer Anand Aravindakshan.

This Tamil-cover song Aangall of the original German song Männer was the source of inspiration for the contestants to create their own versions, in English or in any Indian language, and in turn, this helped to get the conversation on masculinities going on amongst the youngsters in India.

The winners were selected by an international Jury of music experts. The winners of the song challenge received exciting rewards, in addition to having their songs broadcasted / featured on Radio BigFM. 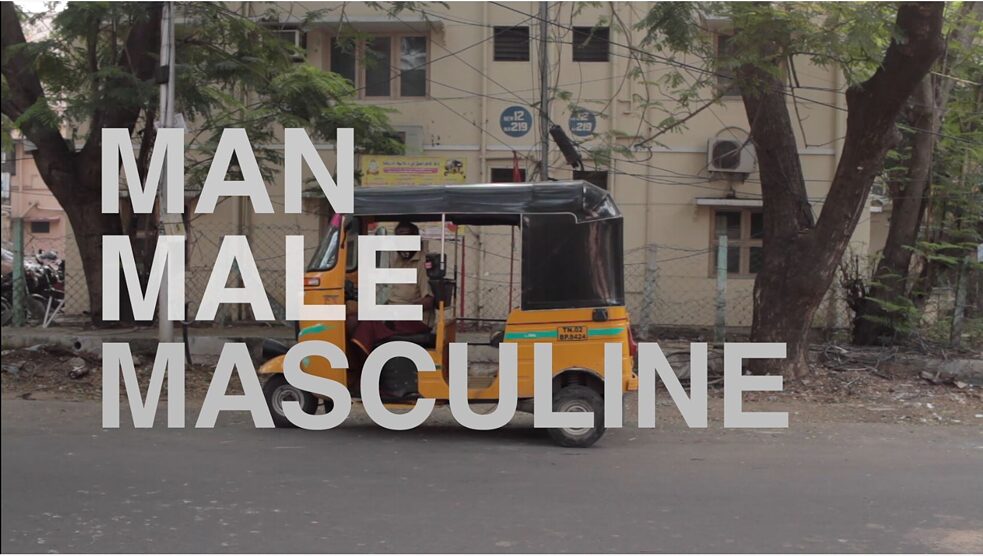 The education wing of the Chennai Photo Biennale (CPB) Foundation, CPB PRISM aims to foster a community that inspires curiosity and self-expression. Rooted in the promotion of media and visual arts, their work is driven towards making voices heard, storytelling, building awareness and community, and delivering change.