Masculinity in the media

Masculinity in the Media is a project towards examining the non-verbal language in the news media, both online and offline. There is an atmosphere of competitive intimidation and we often see it inTV news channels and talk shows attempting to get ahead in the race for larger audiences and TRPs. What happens in the newsrooms and studios is often reflected on the streets and even in our homes. This section will analyse and understand the prevalent situation in the media and attempt to devise strategies to address the issue.

Even as the conversation around gender-based violence has acquired some nuance and visibility in both academic and popular media, there is relatively less discussion on the parallel rise of certain aggressive forms of masculinity. This toxic masculinity is sometimes expressed as physically violent pushback, sometimes in language used to talk about women, minority sexualities, religious minorities and marginalised castes. The project will explore the different strands of discursive - and material - masculinity that limit and at times overtake the effort to achieve a more gender-just and equitable society. 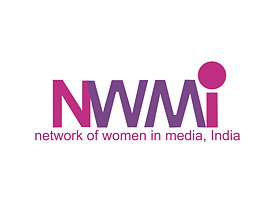 © The Network of Women in Media, India

The Network of Women in Media, India