In 2021, for the first time, the residency is being organised on a digital platform, thus ensuring that the residency takes place notwithstanding the prevailing COVID situation.


ANNOUNCEMENT! Here are the selected artists for the Indo~European Residency Project Kolkata 2021: 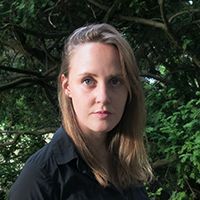 © Irma Blumstock Irma Blumstock, Germany
Irma Blumstock (b. 1991) works with images, continuously returning to film. Casually she captures situations, conversations and stories, interweaves doubt with memory and longing with experience. The resulting collages are monologues in which she fictionalizes the fate that we are permanently trying to locate between role and reality these days. Furthermore, she studied with Joachim Blank, Korpys/Löffler, Clemens von Wedemeyer, Agnieszka Polska and Candice Breitz (chronologically). 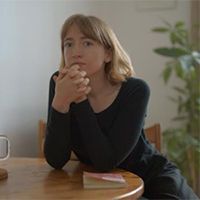 © Chloé Macary-Carney Chloé Macary-Carney, France
Chloé Macary-Carney is a French-American artist and architect, born in 1994. She lives and works in Paris. She has obtained the French license of architect Habilitation à la Maîtrise d’Œuvre en son Nom Propre in February 2021 at the École Nationale Supérieure d’Architecture de Paris La Villette in Paris, France from which she graduated in 2019. She defends the idea that architecture is a social art, space being a medium to which we all have access to and which we all have our own experience of, every day. She has been working on the question of gender since 2018 with the project of a nomadic and experimental space called Woman Cave. 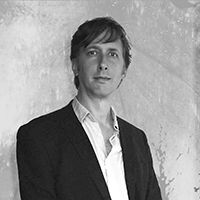 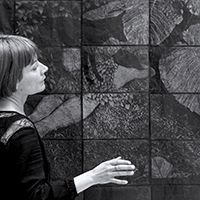 © Marta Roberti Marta Roberti, Italy
After graduating in Philosophy in Verona, Marta Roberti graduated in Multimedia art at the Academy of Fine Arts in Brera. Drawing is her main medium, and through installations and animated videos she explores the relationship between East and West, and specifically how the West shapes its own identity starting from what it perceives as “other”: from animals to nature, to everything that is considered different or “exotic”. She has participated in international exhibitions and festivals including I say I, Galleria Nazionale di Arte Moderna Roma (2021), Ladder to the Moon, Galleria Monitor Roma (2021), Visions in the Making, Istituto Italiano di Cultura di New Delhi, 2020); Wall Eyes (Johannesburg, Capetown 2019 and Auditorium Parco della Musica di Roma 2020); Something Else Biennal Off Cairo (2019), Portrait Portrait, Taipei Contemporary Art Center (2017), Scarabocchio, Kuandu Museum of Art Taipei. She lived in Asia for a few years, where she participated in residencies in China, Taiwan and Vietnam. Through workshops on the technique of Blind Drawing she shows how learning to draw is about learning to see. 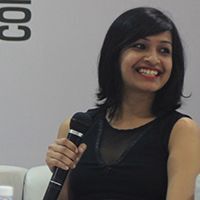 © Anushree Ghosh Anushree Ghosh, India
Anushree Ghosh is a writer and theatre artist. She graduated in bioinformatics but chose to pursue her passion for writing and acting. As a content writer, she has contributed articles for Delhi’s oldest city magazine — Delhi Diary, and is an active storyteller, narrating stories to children from her mixed bag of traditional & contemporary stories. Her initiative ‘Art Pickles’ is dedicated to discuss/debate on topics related to art/culture/literature and philosophy, and has held events on Existentialism, LGBT & Literature, Partition Literature, etc. She is actively involved in various social activities related to gender equality, LGBTQ rights, and child education.


The Indo-European Residency Project Kolkata 2021 is supported by EUNIC – European Union National Institutes for Culture, which is Europe’s network of national cultural institutes and organizations active in cultural relations.
Top