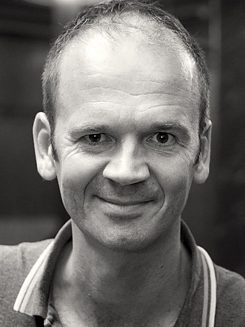 Stefan Kloos heads RISE AND SHINE, one of the leading sales agents for documentaries, and KLOOS & CO., one of the most active German production companies for international co-productions for cinema and TV with offices in Berlin, Hamburg and Leipzig. He is a Grimme Award and Cinema Eye Honors–winner, a member of German and European Film Academy. Recent award-winning films and current co-productions include the OSCAR-nominated LAST MEN IN ALEPPO, PRE-CRIME, A MODERN MAN, TRANSIT HAVANA, HOLY COW, WALKING UNDER WATER, YOU DRIVE ME CRAZY, and others. For his latest production HI, AI he was nominated for the LOLA, the German Film Award 2019.