AWARD WINNING NEW GERMAN CINEMA
„…and the winners are…“

For the first time, the German Film Academy and the Goethe-Institut are joining together to exhibit award-winning German Films around the world. All films selected were winners or nominees for either the prestigious German Film Awards 2018 or the First Steps Awards 2017. 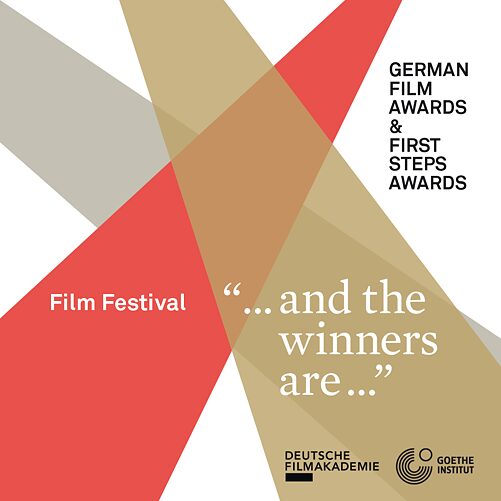 About the film tour

Every year, the Goethe-Instituts around the world present a wide spectrum of film programs and organize numerous film festivals. As well as the film tour "... and the winners are ...", which is taking place in different cities.

The overall program contains ten films, which will be shown in different compositions in the respective cities:

3 Days in Quiberon, Beuys, In the Aisles, Manifesto, Mountain Miracle – an unexpected friendship, The Congo Tribunal, The silent Revolution, Western, Ayny – My Second Eye, Lomo – The Language of many others.