My first döner kebab? Marburg, a little shop. Meat and pita, yet utterly perfect. Kebab Connection reminded me of that first bite, of my time in Germany, all the döners. And just like that, I was connected.

I happened to be in Germany in 2005, around the time Kebab Connection was released. The same year new laws (Zuwanderungsgesetz) went into effect that encouraged controlled immigration. In the film, there are very few ethnic Germans with speaking roles; most of the characters are young, naturalized Turks and Greeks. This doesn’t feel like coincidence—it feels like fate.

(Note that kebabs actually have very little to do with the heart of the film. Really, the title is only a reference to the 1971 film, The French Connection. It feels like misdirection, but it was smart of the filmmakers to revolve everything around this particular kebab shop, this particular family, this particular cultural clash. And smarter to take a concrete comfort food–kebab–and connect us with it. It all serves to make the stakes, as low as they are, personal.)

A good film is hard to make, a good comedy even harder, especially one that transcends cultural and linguistic barriers. What’s funny doesn’t always translate. But the requirements of a successful comedy: vivid characters, unusual circumstances, clever dialogue, conflict, empathy, timeliness of subject, they’re all here.

In Kebab Connection, we meet Ibo, an ambitious, selfish, foolish Turkish-German boy. “I want to make the first German kung-fu film,” he says to a bemused producer, seconds before he kicks through a television. His German girlfriend Titzi is merely young and ambitious, only foolish where Ibo is concerned. Both are talented (one a filmmaker, the other an actress), but their dreams clash. Their families also clash: Ibo’s father doesn’t approve of the relationship, “You may go out with a German girl...but you must never, ever get her pregnant.”

Kebab Connection is aware of the tragic trappings of its plot and smartly lampoons itself by including a plotline between Titzi and her roommate, both studying for theatre school by mastering Romeo and Juliet. Young lovers, disapproving families, it’s an obvious parallel, but unlike Romeo and Juliet, Kebab Connection plays the inevitable misunderstandings and missed opportunities for laughs.

An over-the-top ad celebrating Ibo’s uncle’s kebab shop starts everything (and might be a high point). That commercial-within-a-movie (featuring delightful wuxia and overacting) sets off a series of misses and near-misses. Ibo’s career stops and starts, his romance misfires and catches flames. His friends love and adore him. His father disowns him, bonds with Titzi. Somehow a trio of gangsters  circle the action without falling into it. There’s a lot going on.

If the plot sounds familiar and overstuffed (much like a döner!), that’s because it is. Life is cliché and confusing and often overwhelming. Kebab Connection doesn’t need to be unique (though it is nicely stylized) or make perfect sense because the characters and situations feel real, anchored in an exaggerated yet believable situation of culture clash between cultures and families, the past and the future, dreams and reality.

Today, immigration is a highly contested political issue in both the United States and Germany, as well as all over the world. A movie like Kebab Connection feels too light and airy, too invested in the inherent goodness of humanity to be important in such an era. But that’s exactly why it’s significant. In 2005, the importance of the immigrant experience mattered enough that the film was made. It matters today, it mattered 50 years ago. It’ll likely matter 50 years from now. By anchoring this weighty topic in human motivations and struggles—a pregnancy, art—it succeeds in becoming more. 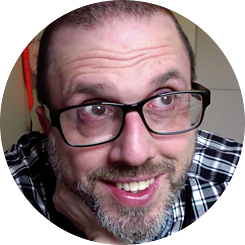 © Michael Tager Michael B. Tager is a writer and editor from Baltimore, MD, USA. He has degrees in writing and psychology and minors in film and theater. He has reviewed music, literature, film, and television. His work has been published widely. Find more of it at michaelbtager.com.