A modern city, a manhunt, a main character set against himself – all three are recurring fascinations for director Fritz Lang, a giant of German cinema’s golden age, whose first film with sound, M, remains his masterpiece.

A modern metropolis in the grip of terror, powerless to know when and where a serial child-murderer will strike next... That’s the premise of Fritz Lang’s M (1931) and, as 80-plus years’ worth of viewers can attest, the result is a masterpiece of suspense. But that’s only one aspect of its legacy.

M is a milestone in more ways than one. It’s a key precursor of film noir, setting a high bar for dynamic cinematography and developing much of the visual language and formal ambiguity essential to the noir world. It’s a definitive and painstaking police procedural in which realism, expressionism, and almost hallucinatory detail combine to produce an unprecedented viewing experience. It’s an exploratory, sometimes radical, embrace of sound as a new dimension in the filmmaker’s imagination (this was Lang’s first movie with sound). It’s a showcase for a generation of peerless German actors – especially Peter Lorre, mesmerizing in his screen debut as the Kindermörder, but also notable as a brilliant gallery of lowlifes and beleaguered bureaucrats.

In trying to put a face on the phantom killer, M paints a portrait of the city of Berlin itself and the different strata of life there. The citizenry and the police aren’t the only people who want the killer stopped; the underworld is inconvenienced by increased police raids and exasperated that “an outsider is ruining [their] business and [their] reputation”! As the police council meets to brainstorm, so do the leaders of the criminal guilds. Lang brazenly intercuts the two sessions so that, say, a question raised by a municipal official is "answered" by one of the gangsters. The upshot of the criminal conclave is that the underworld enlists the services of a fourth level of the population, the omnipresent community of beggars and street people, to bring the entire urban landscape under surveillance.

So M possesses a social vision as well as a moral and political one. Once caught, the child-murderer becomes the focus of a passionate debate about capital punishment – a powerful and unexpected climax. Let’s go ahead and put all of our cards on the table – we can watch M time after time and never fail to be thrilled by it. And this is due to the sheer genius of Fritz Lang’s direction!

Lang has an uncanny talent for creating the sense of something gone irretrievably missing and its flipside, something too terrible to witness. The opening sequence of M cuts back and forth between a mother waiting for her daughter's return home after school and street scenes in which the daughter is approached by a dark, effectively faceless figure. The man speaks to her, buys her candy and a balloon twisted into a humanoid form. Her death is forecast by the reward poster about the murderer against which she tosses her ball and by Lang’s visual inventory of her tenement home. She will never again climb the flights of stairs to her family's apartment. She will never take the ring from the napkin her mother has set out for her. She will never again wear the ghostlike garment hanging on an attic clothesline. And as her name, called out by her mother, reverberates down those stairs and through that empty attic, the child's ball rolls out of some shrubbery, wobbles, and comes to rest. The balloon – a mockery of life – is seen twitching under power lines and is then borne off by the wind.

Lang was cinema’s supreme master of the power of the motion picture frame. This is indispensable to the meaning and dynamism of the legends he weaves. Midway through M, Lorre stands on a street corner at night, newly aware that he is being shadowed. Around him, somewhere offscreen, street folk are closing the net. Lorre moves to go one way then another, but he is stopped as if walled in by the shrill whistles of his observers. With each whistle originating from a new point of the compass, his desperation increases. The frame remains fixed. He can't get out of the shot. The power of the frame is absolute. 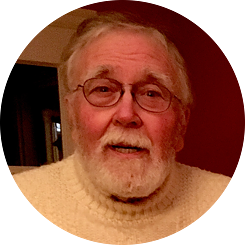 © Richard T Jameson Richard T. Jameson has written extensively on Fritz Lang, his films, and his style. He has been active as a film critic, reviewer, and teacher since the late 1960s and served as editor of Movietone News and Film Comment magazines. He also edited They Went Thataway: Redefining Film Genres for the National Society of Film Critics, of which he has been a member since 1980.