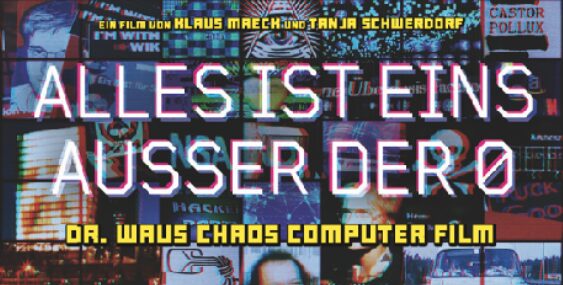 Goethe on Demand: Bias in technologies
All is one. Except 0.

They are activists, spies, geniuses: without the hackers, the beautiful, colourful, digital information society would seem to us to be the best possible of all worlds. At the beginning of the hacker culture was Germany's first digital civil rights activist: Wau Holland is the visionary of a democratic digital culture. In 1981, he and a handful of comrades-in-arms founded the Chaos Computer Club  (CCC), which became world-famous for spectacular hacks and later for its entanglements with the secret services. Wau Holland and the CCC stand for a practice of unhindered social exchange with the means of the machine. For them, digitalization is not just a saviour, but a government technology on which nothing less than the social cohesion of society depends. The documentary tells a story of digital subversion: from an exclusive club to an authority that is consulted on all questions of net politics today.

Back to IMAGE + BIAS: Filmic Explorations