A Year As Long As Life (God kak zhizn)

A Year As Long As Life - 1848, was the inspirational, disappointing and defining year of European revolutions. Marx would witness these events unfold in Brussels, Paris, Berlin, Cologne, and later again in Brussels, before being deported once more, when he would leave the continent for England as a stateless man.

In the same year, Marx and Engels published the “Manifesto of the Communist Party” – a document that would polarize the politically like-minded and become the now famous polemic. For Marx, the year 1848/49 was marked by his “rabble-rousing” journalistic work in the “Neue Rheinische Zeitung,” the struggle against censorship and suppression, and the question as to when the great proletarian revolution to overthrow absolutism should take place. 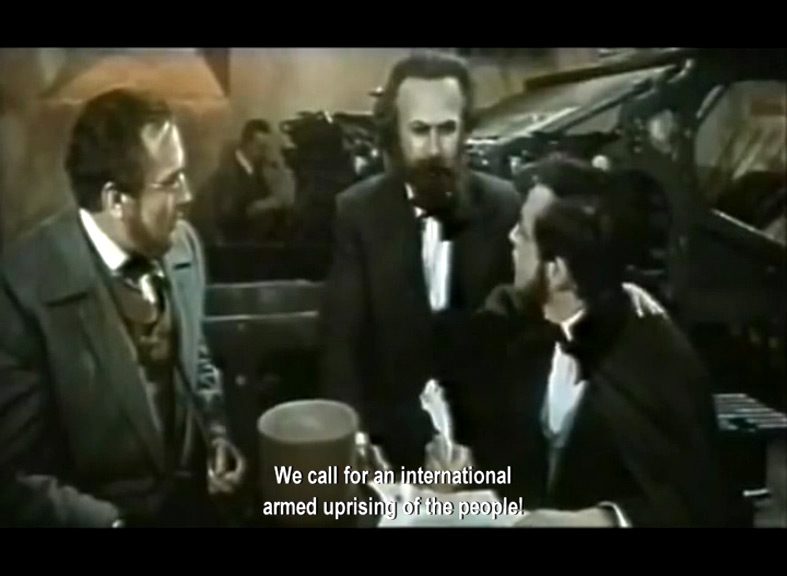 © Mosfilm
Produced shortly following the Khrushchev Thaw in the Soviet Union, Roschal and Mambetow’s grand-scale historical drama discards the Stalinist characteristics of previous Soviet productions. The film is in no way a glorification of Marx as part of the “Marx-Lenin-Stalin trinity” that had been used to justify the soviet model of a “Dictatorship of the Proletariat,” that was in reality a “Dictatorship over the Proletariat.”

Instead, Marx is depicted in the film as contemplative, and at times even pessimistic, capturing the determined and energetic radical revolutionary that Marx was. In closing, Marx reflects and states “Most importantly, we haven't lost…Although we haven't brought about the proletarian revolution; the ideals of the manifesto have been affirmed and will become a force and foundation for a new science that will transform the world.”