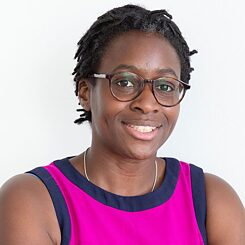 © Priscilla Layne Priscilla Layne's publications deal with the themes of "Blackness" in German film, protest movements in the post-war period and Turkish-German culture. She is the author of "White Rebels in Black: German Appropriation of African American Culture", which was published by the University of Michigan Press in 2018. She is currently working on a monograph on Afro-German Afrofuturism.

Back to Radical Diversity