After spending 15+ hours with Fassbinder‘s masterpiece, Berlin Alexanderplatz, we thought you might want to learn more about it – the book and the film. We’ve asked two cultural media researchers and Fassbinder experts to give us their opinion. Please join our conversation.
Registration 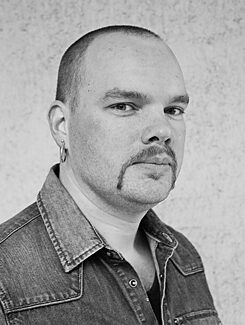 Johannes Binotto©privat Johannes Binotto, born 1977, is researcher and senior lecturer in cultural and media studies and video essayist. He teaches film theory and history at the Lucerne School of Art and Design and English and American literature and culture at the English Department of the University of Zurich. He has published widely on divers topics such as the uncanny in film and literature, and art, the connections between audiovisual media and space, abject bodies, male hysteria or the happy ending in films by Rainer Werner Fassbinder. Currently he is finishing a study on film technology as unconscious and he is leading the research project on video essays as a new form of research and teaching (videoessayreserach.org) funded by the Swiss National Science Foundation. Personal Homepage: www.medienkulturtechnik.org 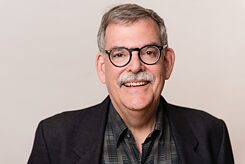 Peter Jeavich©privat Peter Jelavich is a Professor History at Johns Hopkins University. He specializes in the cultural and intellectual history of Europe since the Enlightenment, with emphasis on Germany. His areas of research include the history of the performing arts and music; popular culture, mass culture and the media; and the impact of censorship on the arts. He is the author of Munich and Theatrical Modernism: Politics, Playwriting, and Performance, 1890-1914 (1985), Berlin Cabaret (1993), and Berlin Alexanderplatz: Radio, Film, and the Death of Weimar Culture (2006). He currently is writing a book on censorship of the arts in Germany from 1890 to 1990.