Tickets The screening on Friday 29th will be followed by a panel discussion featuring Stephanie Saint Sanchez, Byron Canady, and Marcus Pontello on the histories of legalities of Queer spaces in Houston.

In post-war Germany, Hans (Franz Rogowski, Transit) is imprisoned again and again for homosexuality. Due to paragraph 175, his desire for freedom is systematically destroyed. The one steady relationship in his life becomes his long time cell mate, Viktor, a convicted murderer.

What starts as revulsion grows into something called love. The film won the Jury Prize in the Un Certain Regard section at Cannes 2022 and was shortlisted for the 2022 Academy Award for Best International Film.
“We’re so honored to be able to present the Houston premiere of such an important queer film,”says The Big Queer Picture Show co-founder, Michael Robinson. “We hope this film is an entry point to think about Houston’s own relationship, both past and present, with criminalizing queerness. The case that undid Anti-sodomy laws, Lawrence v. Texas, happened in Houston. The queer history of this city is seminal to that of the nation.”

The panel will include three Houston-based artists and organizers working in the queer scene.

Stephanie Saint Sanchez is a by-any-means-necessary media artist, movie maker, and instigator. She is the founder of Señorita Cinema, an all Latina film festival, and worked with QFest, Houston’s long-running LGBTQ+ film festival.

Marcus Pontello is a visual storyteller and fashion designer who recently completed Friday I’m in Love, the Numbers Nightclub documentary.

The exquisite latest film from writer-director Sebastian Meise, Great Freedom paints a stirring portrait of gay resistance and resilience in post-war Germany. Sensual yet arresting, Austria’s official submission to the 2022 Academy Awards turns a humanist eye towards a heartrending past.

Unfolding across three decades, this drama traces the repeated imprisonment of one man under Paragraph 175 — a law criminalizing homosexual activity. After being “liberated” by Allied forces in 1945, Hans is transferred directly from a concentration camp to prison to finish out his sentence. There, he forms an unlikely connection with his cellmate Viktor, a convicted murder. As Hans is jailed again and again, a relationship that begins with revulsion blossoms into something far more tender.

Anchored by a transformative star turn from Franz Rogowski (Transit), Great Freedom weaves together intimate moments across time to form a personal and political epic. In the process, this Cannes prizewinner triumphs as a searing depiction of love in the face of injustice. 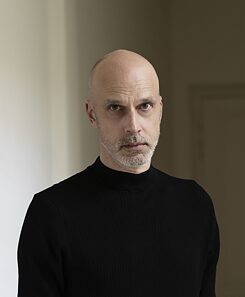 © Sebastian Meise ​​​​​​​Sebastian Meise is an Austrian director and screenwriter. His acclaimed debut feature film Still Life premiered at San Sebastian IFF and won several awards such as Best Feature Film at Diagonale Film Festival. His documentary film Outing was presented at the Hot Docs Festival in Toronto. His second feature film Great Freedom with German shooting star Franz Rogowski and Berlinale Silver Bear awardee Georg Friedrich in the leading roles had its world premiere in the Official Selection Un Certain Regard of the Cannes Film Festival 2021. He co-founded the Vienna based production company FreibeuterFilm.