This event is part of the Goethe-Institut New York's "Queer as German Folk" series, with which we celebrate the 50th anniversary of the Stonewall Riots as a milestone in the fight for gender diversity and equality.

As a part of the Goethe-Institut North America’s Queer as German Folk series – in which we celebrate the 50th anniversary of the Stonewall Inn Uprising as a milestone in the fight for gender diversity and equality – the Goethe-Institut Washington and its many local project partners have selected a number of culturally- and historically-significant films from Germany and North America, highlighting various aspects of queer rights movements. We present Kino-Q, a film series that guides viewers through parts of this history, paired with expert-led discussions.

An introduction to the film will be provided by Dr. Richard Wetzell, a Research Fellow at the German Historical Institute in Washington, DC. A discussion will follow.

In 1897, Dr. Magnus Hirschfeld – a gay Jewish sexologist based in Berlin – founded the Scientific-Humanitarian Committee, the first LGBTQ+ rights organization in history. Von Praunheim’s film, a mixture of fact and fiction, examines Hirschfeld’s close inner circle of friends and their collective efforts to achieve equal rights for queer people in the Weimar Republic – including the 1919 establishment of the Institute for Sex Research, Hirschfeld’s 1919 collaboration with filmmaker Richard Oswald in making Different from the Others (Anders als die Andern), and the group’s battle to continue their movement despite the rise of the Nazis.

Directed by Rosa von Praunheim, a pioneer of Queer Cinema and staunch queer rights activist, the film addresses both Hirschfeld’s personal life and his public advocacy for human rights, law reform, and the abolition of Paragraph 175 – a law left over from the Prussian German Empire which outlawed homosexual relationships between men. Portraying the devastating effect that the criminalization of homosexuality had on Germany’s queer population, Hirschfeld’s film Different from the Others was one of the first films with a gay protagonist, explicitly addressing the harmfulness of punishing queerness and treating it as an abomination. Much of Hirschfeld’s research with the Institute for Sex Research was destroyed when the Nazis took power in Germany, and his institute was shut down. The research that was salvaged or smuggled out of Germany serves as some of the earliest pro-trans, pro-gay, and pro-queer scientific work of the 20th century.
Buy Tickets Director Rosa von Praunheim was born in Riga, Latvia, during the Nazi occupation of the Baltic States in 1942. He was born in a Latvian prison where his mother, Edith Radtke, was being held captive. When his mother was murdered by Nazi doctors in a Berlin psychiatric hospital, von Praunheim was adopted and christened Holger Bernhard Bruno Waldemar Mischwitzky. Initially an East Berliner, von Praunheim’s family escaped into West Germany in 1953. He began working in film and creative writing in the 1960, at which point he chose “Rosa von Praunheim” as his stage name. In 1971, he released his groundbreaking documentary, It Is Not the Homosexual Who Is Perverse, But the Society in Which He Lives, which prompted the founding of several gay rights groups throughout Germany, Austria, and Switzerland. A prolific documentarian and feature film director, von Praunheim regularly pushed the envelope across genres, and closely examined activism, the AIDS crisis, societal norms, and shifting social dynamics within queer communities. An eccentric and at times controversial filmmaker, von Praunheim continues to work and live in Berlin.

Discussion moderator Dr. Richard Wetzell is a Research Fellow at the German Historical Institute in Washington DC, editor of the GHI’s Bulletin, and an adjunct faculty member of Georgetown University. He studied at Swarthmore College (BA) and did his graduate work in European history at Columbia University (MA) and Stanford University (Ph.D). He was a Postdoctoral fellow at Harvard University and has taught at the University of Maryland and the Catholic University of America. His publications include Beyond the Racial State: Rethinking the Third Reich (co-edited, 2017), Crime and Criminal Justice in Modern Germany (ed., 2014), and Engineering Society: The Role of the Human and Social Sciences in Modern Societies, 1880-1980 (co-edited, 2012). His main areas of research interest include modern German history, legal history, cultural history, history of science and medicine, history of deviance and social control and history of sexuality.

Presented as a part of the Washington Jewish Film Festival, a collaboration with the Edlavitch Jewish Community Center of Washington.

Co-presented by the Embassy of Germany, the German Historical Institute, the Jewish Historical Society of Greater Washington, and GLOE-The Kurlander Program for GLBT Outreach & Engagement. 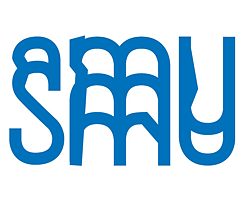