In the cultural magazine das goethe that was issued as a supplement to the weekly Die Zeit in mid-May, readers were asked about their favourite place in Europe and given the chance to win a drawing for a journey to Brussels with an exclusive art gallery tour. The head office of the Goethe-Institut received more than 800 responses. They demonstrate Europe’s great diversity and beauty.

The winner drawn for our competition, David Stöckmann from Aachen, named the castle of Ljubljana as his favourite place in Europe and rhapsodized over view of the rivers and bridges that lend the capital of Slovenia its charm. Now he can look forward to a trip to Brussels and a personal tour of the city’s art galleries.

Crossing the border without controls, the Piazza di Santa Croce in Florence, when you hear a different language at every corner. Many things were expected, some were not, when the Goethe-Institut asked the readers of the cultural magazine das goethe about their favourite places in Europe. Many people named the continent’s cities and capitals, most of all Berlin, but of course also Paris, Rome, Lisbon, Stockholm, Vienna, Tallinn and Edinburgh. Many well-known places of culture were loved by the entrants in the competition: from the Louvre to the Louisiana Museum of Modern Art north of Copenhagen to the Hombroich Museum Island or Claude Monet’s garden in the French village of Giverny. The place named the most by far was the Alhambra in Granada, one of the most impressive examples of Islamic architecture in Europe.

Picnic on the roof

Europe is characterised by diversity in its languages, its culture, its landscapes. Whether the car-free North Sea isle of Juist, the Wilhelmshöhe in Kassel, the Murnauer Moos, the Jardin del Turia in Valencia or the Curonian Spit – the places that das goethe readers long for and love have no common denominator. Each one is beautiful as such; each one is beautiful in a different way. The personal stories that link them to the places give them a meaning that goes far beyond the picturesque and idyllic. One played the accordion more than fifty years ago at Le Croisic in Brittany, and suddenly, at sunset, he heard not only the rush of the waves but also of applause. Another recommends the roof terrace of the Library of Birmingham, England as the place for a secret picnic.

There is a lot to discover

What is familiar to one is foreign to another. There is a lot to discover in this Europe that we think we know so well: the market square in front of the old town hall of Gennep in the Netherlands, the Sausenburg near Kandern or Hatchard’s, the oldest bookshop in London.

We sincerely congratulate the winner and thank everyone who participated. 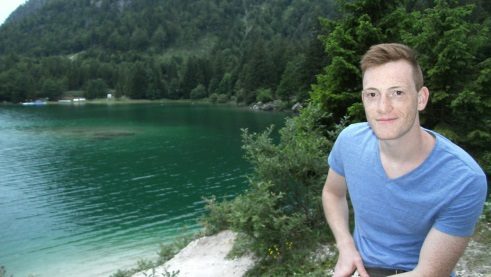