In Africa, cities grow faster than anywhere else. The exhibition "African Mobilities" addresses the complex mobility within the continent. In an interview, South African architect and curator Mpho Matsipa speaks about what to expect from the exhibition and what she hopes for the future.

The exhibition "African Mobilities" is concerned with the past, the present and the future. What was most important to you during this project?

Africa has some of the fastest growing cities on the planet. So one of the things I wanted to do was to provide support to researchers who are based in Africa, to do their own creative research work. There isn’t enough funding and support for local researchers to produce their own content. Very often we are the subject of other people’s research explorations. So this exhibition was a wonderful opportunity to be able to do that kind of work, to do that kind of networking and also work across vast territories, that are incredibly diverse. I found that the narratives and concerns are very different. There isn’t one singular African vision. 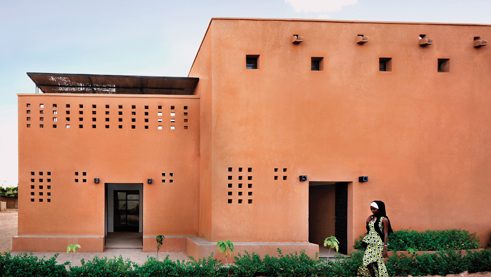 There is a crisis of imagination

What can people expect from the exhibition?

There’s a lot of video art, animation, 360° VR, but also hand-drawing and mappings. What struck me most, especially when I think about cartographies and circualtions, is how do you re-draw a map of Africa and what kind of cartography that produces. So what can people expect? I think that they can expect new vocabularies. Different representations. And different ways of telling stories about cities in Africa. And different ways of entering into the spaces.For example, science fiction is a wonderful way of thinking about political economy and inequality. That’s something that I’ve put at the forefront of the exhibition, with the “Lagos Science Fiction project”. But I also think that lots of people will come away with an understanding of just how incredibly diverse African urban environments are and that there isn’t one singular African city, but that there are in fact multiple narratives, even within a single city. What I really hope will happen is that people will want to spend a lot of time in the exhibition. That they’ll simply want to hang out in the library space that Chimurenga, a collective based in Cape Town, put together. 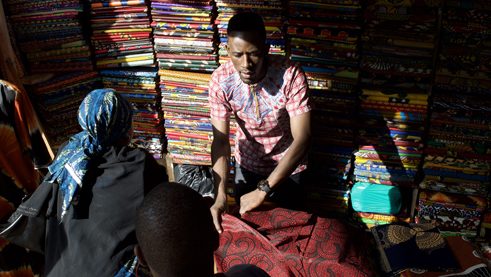 How do you see the juxtaposition of refugees changing city landscapes in Africa as opposed to a lot of structures still having colonialist architecture?

The only image a lot of policy planners have for the future of a city like Johannesburg is that it will one day be like Vancouver. The paradigmatic sign of modernity is someplace that is not in Africa. So there is a crisis of imagination. What does it actually mean to imagine the future from an African place, within an African paradigm? And doing so by not only looking towards the West, because information, knowledge, technology, comes from many different places. Can we be polyphonic, can we speak in multiple voices? I don’t think these questions can be all addressed in one exhibition in Munich.

What do you want to take away from this exhibition personally?

There’s a long of history of people going into impoverished communities and extracting data, extracting information, publishing it and then carrying on with their lives. One of the things that is really important to me and what I think is also very important to the Architecture Museum is to return the exhibition to various African locations, but keep the conversation ongoing too. It’s not only about this kind-of extraction for consumption in Germany. It’s really about keeping ideas in circulation and keeping the network going. For me personally I would love to see this exhibition travel. And travel to Africa. I think that would be the coup.

"African Mobilities" is a collaboration between the Architecture Museum of the Technical University of Munich in the Pinakothek der Moderne and the University of the Witwatersrand (South Africa). The initiative is funded by the Kulturstiftung des Bundes. The project was created with the support of the Goethe-Institut, which will also participate in the planned tour of the exhibition on the African continent.