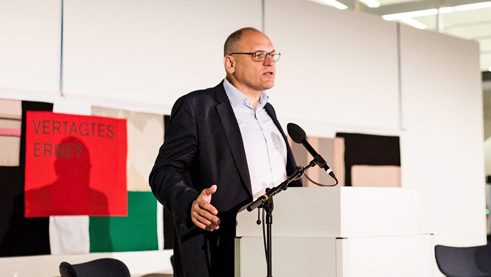 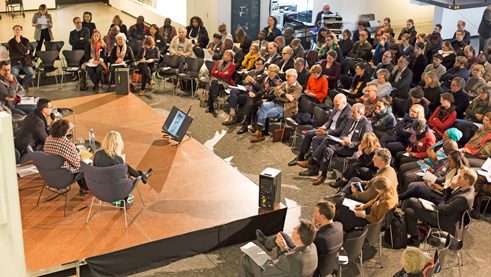 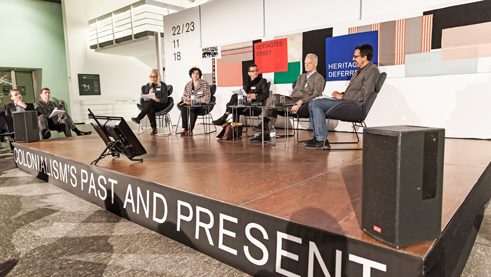 The Symposium "Heritage Deferred? Colonialism's past and present" is an event organized by the Goethe-Institut and the Prussian Cultural Heritage Foundation. Partner: Technical University of Berlin.
This symposium is the fourth event in a series of workshops focusing on questions of museology, curatorial practice, and collection policies that were initiated in 2013 by the Goethe-Institut and the Prussian Cultural Heritage Foundation, which have taken place in Sydney, Wellington, São Paulo, and Johannesburg.
More than 20 international museum experts met at the Museum in Berlin-Dahlem on 22 and 23 November to discuss the diversity of perspectives surrounding the return of cultural objects and the question of how museums and collections can react to them and develop possible solution strategies.