What are the vital issues that women and feminists in South Asia and Germany today consider to be of burning importance, what are they concerned about? And what else is there still to do? This is a showcase of people who are involved in the field of culture and who are dealing with the hottest feminist issues and debates of the moment.

Brave, new world – how do we want to live together?

How do women juggle the demands of their relationships, caring for the family and being gainfully employed? In German society single mothers or fathers are equally as prevalent as patchwork families, queer, trans or polyamourous relationships. Women are still being forced into the classic role of nursing and nurturing. But what ways of living together fit in with today's world?

Same-sex marriage and the third gender are legally recognized in Germany. But what are the consequences for the families concerned? An interview with professor of family law Nina Dethloff.

The problem of unpaid care work is attracting increasing attention. But what are so-called queer care communities and why are they still needed? Alek B. Gerber describes how people are forced to close the supply gaps in public nursing care themselves.

At the beginning of 2019, population registers in Germany were amended to include a third gender category. The option box is headed ‘divers’, which translates as ‘miscellaneous’ or ‘other’, and it was introduced for a dual purpose: to remove the burden from parents faced with deciding an intersex child’s future and to show that being different can also be normal.

Berlinale 2022
The Most Important Thing is Openness

International, emotional, immediate: the Berlinale “Panorama” section tracks down some outstanding works on the international cinema scene. In this context, the focus is on bold and unconventional feature films and documentaries that occupy a space close to the social and political zeitgeist. Michael Stütz, head of the Panorama section, talks about the most important themes and trends – and tells us what’s so special about his work.

Female Post-Migrant Writing
Who Is Included and Who Defines Reality?

Why do we believe storytellers? And why do they sometimes have to lie to us? A discussion in German with Shida Bazyar about female, post-migrant writing, the NSU and literary criticism.

Feminist Futures
Only Utopias Are Realistic

Why do we attach so much importance to gender? What would society look like without it? In this opinion piece, sociologist Alice Rombach dreams of a more diverse world.

Cities have the potential to improve women’s lives. But in reality, the planning of urban spaces often prioritises men’s routines and sidelines women’s needs and habits. What does a feminist city look like?

Diversity is not easy, but beautiful in many ways. The path towards equality mustn’t be a maze, but a community garden. In her essay, Dr. Michaela Dudley shows that the women’s movement can only hope for lasting progress if we understand it as intersectional.

The majority of the world’s poor are women, they rely heavily on natural resources to provide for their families and they have no access to decision-making processes in many areas of the world. Dr Shouraseni Sen Roy shows how women are significantly affected more by the consequences of climate change.

Ecofeminism
The Bond for Environmental and Social Justice

All over the world, nature is being exploited, plundered, polluted. But how is this connected to patriarchy and our understanding of the human being? The Brazilian artist and researcher Mari Fraga looks at the environment from an ecofeminist perspective and finds an answer to these questions. 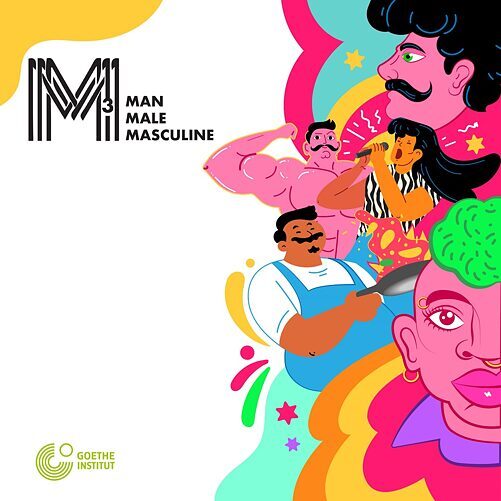 The project aims to discuss current visions of masculinity across the gender spectrum in India and Bangladesh through various cultural and educational activities.​

Women in top-ranking positions modernise skylines and infrastructures. They run international enterprises and use technology in the service of a fairer world. Our video series shows ten women from different countries and professions. What motivates them? What are their views on hierarchies and teamwork? What makes them leaders and pacemakers of society?

Every breath she takes: When Tomomi Nishimoto performs with her orchestra, hundreds of musicians follow her every little move. This video portrait shows the Japanese conductor in her element and points out the challenges involved in a position that carries so much responsibility.

As the first woman to serve as CEO of the Berlin Transport Authority, Sigrid Nikutta is shaping the future of urban and, above all, sustainable mobility in the German capital. She talks about the character traits that are decisive for her career.

For Angelika Eggert, head of Pediatrics at Berlin’s Charité hospital, power is not an end in itself, but an opportunity to make a difference. But there’s also a price to pay for that opportunity, as she explains.

Selftest: How feminist am I?

Reception in Literature and Digital World

Gender Images in Literature
Of Angels, Monsters and Departing Women

Since time immemorial, Western literature has been characterised by stereotypical notions of gender. Myths and fairy tales, classical and modern literature are teeming with brave courageous heroes and long-suffering female figures. What is going on here and what is the negotiation actually about?

Gender roles and the depiction of violence
Cheers for the bully

A young doctor and his excesses thrill India’s cinemagoers. The Bollywood drama, Kabir Singh, is the most successful film of the year so far. Yet many critics are appalled.

What do women in India think of role clichés in Bollywood films? Why is it difficult for married women in Japan to be feminists? - The following articles show how societies worldwide deal with equality and how the framework conditions for feminism and feminist activism are in different countries.

Women’s Movement in Poland
“We Have Had Enough“

Since 2016, women in Poland have been taking to the streets for their rights. They continue to demonstrate, fighting one of the most restrictive abortion laws in Europe. Illustrator Magdalena Kaszuba tells their story in a comic.

Women’s Rights in Iran
Like a Phoenix from the Ashes

Western media often reproduce the picture of the suppressed Iranian woman. That harms all the women in Iran who for decades have been standing up for their freedom and rights despite great risks and the threat of persecution.

The photo of a Black woman on the white Brazilian grandmother’s kitchen wall of author Alma Kaiser gives rise to many questions. Her grandmother calls the woman her “mãe preta”. But who was she really?

The All-Poland Women's Strike is a movement that has mobilised people from big cities and small towns throughout the country. Co-initiator Marta Lempart explains the social and political changes driven by the strike and why it has turned into an anti-government protest.

Children, children – who does my belly belong to?

“To have a child or not – that’s the choice we’ve got.” For a long time the sovereignty over a woman’s own body was one of the most important feminist demands. This is still, in fact, the case, but under different circumstances. In the meantime, people can have children who in the past would not have been able to reproduce. At the same time, it is possible these days to detect genetic abnormalities. Thus, the ethics of reproduction have been overrun by technological progress. Six people active on the cultural scene give their personal point of view. By Kirsten Achtelik

Which topics and discourses are we dealing with worldwide? The online magazine Zeitgeister invites experts, artists and authors to a joint exchange. It offers local and global perspectives - on postcolonialism, sustainability, post-digital cultures, feminism and current affairs.

Feminism is evolving and definitions are diverse across the globe. Through 6 projects, we are exploring how young Bangladeshi’s approach and explore questions around feminism.