Residency A Little Piece of Bauhaus 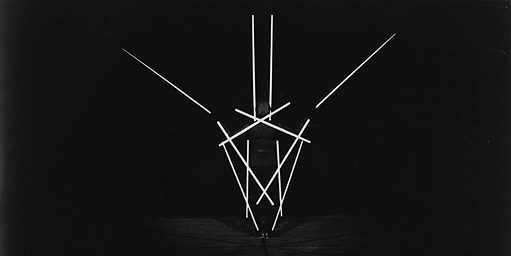 At the beginning of the 20th century, modern dance had become a formative art form at the Bauhaus, with a decisive influence on the Bauhaus stage. The work of Oskar Schlemmer is exemplary, as is his stage theory, in which the relationship of the human being to space was of utter importance. This relations is as relevant today as it was then. Describing the interactions between man and space, between mankind and civilization, continues to permit visions of a future culture.
During her summer residency at the Goethe-Institut Chicago, Heike Albrecht dedicates herself to finding traces of past, existing and future interactions. 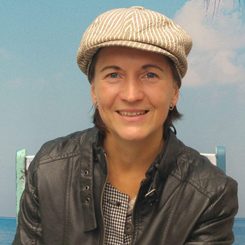 © Heike Albrecht Heike Albrecht studied Performing Arts at the Moving On Center - School for Participatory Arts and Research in Oakland, CA, USA.
Her work focuses on intentions and interactions that translate the specificites of the body. She refers to the autonomous existence of choreography and dance as it corresponds to performative formats.
As a curator, she directed the Performing Arts Program at LOFFT in Leipzig and the Biennale Tanznacht Berlin. She was the Artistic Director and Managing Director of the Berlin Sophiensaele from 2007 to 2010. She was program director and dramaturg for the FAVORITEN 2012 theatre festival in North Rhine-Westphalia and curated the Goethe-Institut's "As we speak" format as part of the European Capital of Culture "Maribor 2012".
She is a mentor for the Performing Arts Program Berlin and works as a dramaturg, somatic movement trainer and juror in Berlin and Vienna.

Language: Please stop by for a conversation with Heike