Get your free ticket here

In 1981, Taiwan invited to the Women's World Invitation Tournament (the Chunghua Cup) - at a time when the DFB (Deutscher Fussball-Bund) tolerated more than promoted women's soccer, which was officially banned in Germany until 1970. Since the formation of a women's national team had not been of interest to the DFB, the invitation went to the German record champions, the women’s team of SSG 09 Bergisch Gladbach.
In the film, the former players, some of whom started out as players in an illegal bar team on a really inadequat soccer field in Cologne-Dellbrück, tell of the now absurd conditions under which they fought for their great dream of soccer, against all odds and with a good dose of humor. 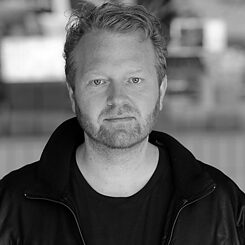 (c) John David Seidler Born in Cologne, John David Seidler studied media studies at the University of Cologne, concurrently he began working on Film and TV projects. He completed his PhD at the University of Rostock.
Seidler has taught at the Universities of Rostock and Cologne and at the Deutsche Sporthochschule Cologne (Institute of Communication and Media Research).
He has directed and edited several award-winning Documentary Feature Films. His Latest Documentary Feature Film DAS WUNDER VON TAIPEH (2019) was an audience favorite at various German Film Festivals.