“Sudan Moves”
The Power of Archives

By Laura Klöckner and Larissa Fuhrmann

Altering reality across the world, the COVID-19 pandemic has among other things accelerated the proximity of digitality and culture. The decision to move online and conduct a virtual residency program between Sudan and Germany back in March 2020 was far from easy. But together with Rift Digital Lab, Art Kanoon and Elmastaba TV in Khartoum the Goethe-Institut Sudan was grappled by the curiosity to explore if and how collectivity and artistic encounters could be generated in a transnational digital space.

“Acts of Resistance: An Anthology” is the Goethe-Institut’s first 3D virtual exhibition that will showcase the work of 19 artists and collectives based in Germany, Sudan, Qatar and Switzerland. During the residency they reflected on the urgency to dismantle and engage with recent socio-political shifts in both Sudan and Germany, finding formats and languages to translate their practice into the digital space.

Virtual overcoming of boundaries | Photo (detail): © Goethe-Institut Sudan
The collectives Kunsthalle am Hamburger Platz (KHHP) in Berlin and the Khartoum based research studio The Urban Episode jointly transformed the weekly virtual hangouts into a space of exchange and un-learning. Critically reflecting on the power and authority of archives over collective memory in their respective contexts, they span two projects around the reproduction of racist and colonial narratives through new forms of digital archives. “Goethe aktuell” talked with them about their experiences.

What questions were at the core of the two projects you developed?

The Urban Episode: Our project sheds light on the issue of accessibility in Sudanese archives and advocates for transparency and open access to information. The difficulty in accessing maps in particular is the reason we are addressing the archives in hopes that urbanists, architects, and anyone who is interested in the formation of the urban fabric would be able to acquire the tools that enable them to conduct further research.

The access to maps is crucial for a full understanding of how the city develops and changes through time. We approached numerous Sudanese local archives repeatedly in hopes of being granted access to historical maps of Khartoum. But we faced continuous rejection arguing that “maps are a threat to national security”. So we had to ask ourselves: Where does this threat come from and why? What is the point of the archive if the information that exists within it is restricted from the public?

KHHP: Our part of the work was to investigate the role of the archive in Berlin. In our research, we are critically reflecting on the connection between the dominant narrative that is created by the media and the documentation of public spaces by Google Maps. The virtual experience of the city created by Google Maps is a new form of archive that we interact with on a daily basis. Investigating the virtual experience created by Google Maps, this project is engaging in the question of how the archive is shaping reality and discourses. Google Maps is not only archiving the city by documenting it and making it accessible through Streetview, but also archiving spaces by giving the possibility to share experiences, pictures, information, and recommendations integrated into the virtual experience. These new possibilities of archiving can be seen as a process of democratization on one hand but on the other participating in the discourse of marginalizing and criminalizing certain spaces and communities.

What was new for you with the virtual residency?

KHHP: As we are a newly formed collective, we did not participate in residencies as a collective but as individuals. The main difference that we experienced in the digital residency of “Sudan Moves” was the communication that was only happening in the digital space. Through this experience, we challenged the absence of bodies and physical spaces, which was new for all of us. There were no significant differences in the level of brain-storming and theoretical exchange. On the other hand, the differences appeared on the level of practical realization: Usually, residencies offer exclusive access to spaces and resources in a certain time frame resulting in full engagement within the creative process. In the residency of "Sudan Moves" the exchange was limited to the virtual meetings through a more sustained period, that influenced the creative and collective process.

Work in progress in real space | Photo (detail): © Ehassan Eluontasir
How did you find the topic and the format?

KHHP: At the beginning of the residency, we chose the title “the relationship with the archive“ as the main concept of our work. Our collaboration took space in weekly virtual meetings in which we were mainly presenting the development of our offline work that took the form of lecture performances. Also, we needed to show this learning process to the audience and other residents during the final presentation. In Berlin, we decided to make this process of engaging and researching in digital space the main part of the artistic work (zoom, google maps, sound experience, digital media) focusing on the local context of Berlin and the neighborhood we are living in.

The Urban Episode: For us the topic was influenced by our work as architects and researchers and the difficulty we have been facing in trying to find historical maps and its impact on our work. The initial proposed idea of the archive focused our thoughts regarding these difficulties and allowed us to zoom out and understand the problem of maps as a part of a larger phenomena. 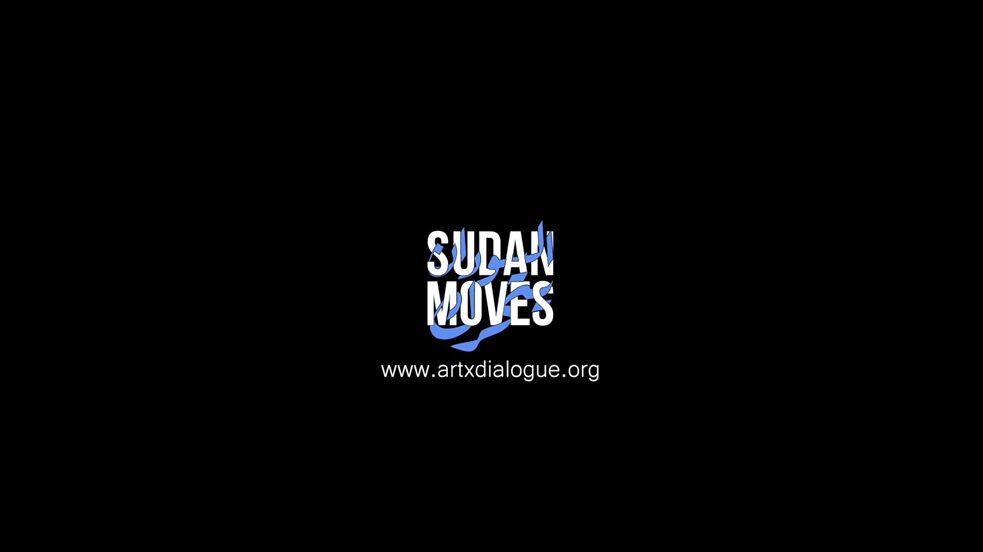 With “Sudan Moves” the Goethe-Institut has put together Sudanese and German artists to reflect on their role in times of upheaval. Due to the Corona pandemic, the first exchange took place as a digital residence. The results will be shown in December 2020 in a virtual exhibition on www.artxdialogue.org, supplemented by an accompanying programme of discussions and workshops. A podcast series has also been created, which is dedicated to Sudan's capital Khartoum in Arabic and German.