documenta 14
Between improvisation and distanced sparkle

The Goethe-Instituts in South America are taking part in documenta 14 with several projects including the Capacete residency programme in Rio de Janeiro, which offers artists a ten-month stay in Athens. Six of the residents now report on Athens and their initial experiences in the city.

The twelve participants from South America and Greece are exploring cultural life in Athens. They meet documenta organizers, artists and visitors. Between March and December 2017, they will develop artistic interventions on site under the supervision of Capacete’s director Helmut Batista. The Goethe-Instituts in South America will take up some of the ideas in 2018 and further develop them with the local artists.
Below, some of the Capacete residents describe their first, unfiltered impressions of documenta in Athens: 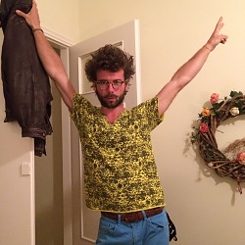 Gian Spina | Photo: private “During the first weeks of documenta 14 it seemed as if the ‘World Expositions’ of long ago had been brought back to life. Beginning back in 1844, they were the germ cell of an attitude that started with the ‘Exhibitions of Empires’ with their corporations, industries and colonies, enormous estates and ‘incessantly smoking chimneys.’ These ‘World Expositions’ served as the models for the biennials and then, in 1955, for the documenta, which is now expanding its territory to Athens. It may be that such events aim to bring about change. But they by no means should be allowed to serve to ‘make history forgotten.’” 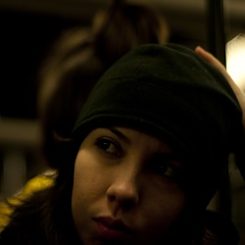 Gris García | Photo: private “The event is announced throughout the city with a ‘14,’ a ‘14’ that divulges nothing more and that seems to mean nothing to the residents of the city of Athens. Between ambivalent signs, we attempt to guess and divine how to get to a documenta that is fitting itself into a context that is obviously not its own. And, between improvisations and distanced sparkle, it attempts to tell us that it is there in an endeavour to learn from Athens.”

Gris García is an artist and freelance curator. She is presently part of the multidisciplinary team at TuerCo., which offers technical expertise for art projects. 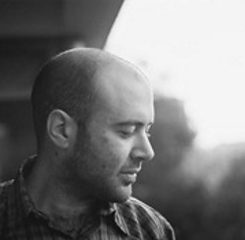 Raoul Hótt | Photo: private “Learning from Athens is no easy task. The Greeks and the complexity of the current situation remain alien to the exhibition, and the presence of the former in the exhibition is hardly perceptible. There are exceptions, of course, but you get the impression that you are standing before a great intellectual exercise that is neither appropriate nor effective. Perhaps ‘South as a State of Mind’ (one of the 'mottoes' of this year’s exhibition) should be seen as the opportunity to recognize ourselves as social and connective beings.”


Raul Hótt is an architect, artist and teacher who works through the body. 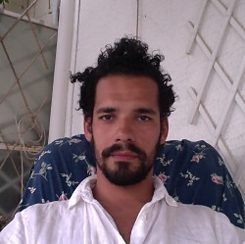 Rodrigo Andreolli | Photo: private “A problematization arises with the arrival of documenta 14 in the city, bringing up tensions especially in circuits where the political and economic implications of Documenta 14 are being discussed. This effect emerges more intensely on the margins of the event rather than the center itself. The city outside this sphere seems to deal with it only as another touristic attraction that slightly affects its everyday life. documenta 14 triggers a multiplicity of artists and platforms for discussion in museums and public spaces around Athens. Despite the several questions documenta in Athens has been raising, its structure seems to remain immune to the affections coming from the destination where it has docked. Some questions are still floating in the air: Why is Documenta here? How does it alter the local choreography and the field of interests around art? Which are the forces in operation within this structure? What does this gesture mean and how will it reverberate?”

Rodrigo Andreolli is a performance artist dealing in particular with the public body. 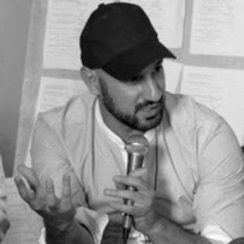 Nikos Doulos | Photo: private “I am mainly seeking gaps in documenta 14 that allow me to ‘humanize’ the institution. While the arrival of documenta in the city has divided Athens’s art scene, it nonetheless laid the cornerstone for a genuinely significant place of conflicts. This unmistakeably calls upon us not to choose sides, but to actively take part in filling up the areas between the conflicts.”

Nikos Doulos is a visual artist and co-director of Expodium (www.expodium.nl). He lives and works in the Netherlands.