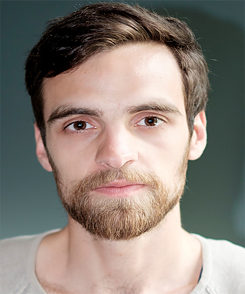 © Florian Glaubitz In his works, Marius deals with the representation and order of the commodity society, based on its everyday remains.
"Where there is system, there is dirt" (Mary Douglas). The unknown is always before us. No matter how narrowly we draw the borders, there are always objects exceeding them, by revoking from our comprehension. Latent objects, which had a distinctive function, are suddenly without and just there. Matter out of place, strange and arbitrarily, when we cannot point to it and say, this is this and that. Living with the unknown might be a question of perspectives. Uncertainty and potential.

Marius deals, theoretically and practically, with the question of how far the the terms malfunction, litter and chaos can be seen through alternative scopes, instead of them just being a one-dimensional error in a capitalistic value system. The aesthetic potentials of the raw and random, are put into new relationships through image-, text- and object montages. Reaction. Everyday rests as a productive blur between functionalised and rigid systems. Detours. Navigation in the unknown. Staying with the trouble.

For the bangaloREsidency@Daily Dump, Marius wants to challenge the borders of the term function by researching the temporal everyday conversion of things, as in the Indian idea of "jugaad". This Hindi term means a smart workaround or quick fix, deriving from the lack of proper resources. What do we have, instead of what do we need. Therefore always staying flexible towards problems and finding provisional frugal solutions, rather than planning for rigid long-term perfection. Jugaad is deeply routed in the everyday Indian culture, but also became a legit innovation strategy for bottom-up product development with minimal costs. It oscillates between the lack of delivering proper solutions, by this being the main quality at the same time. My artistic approach is to discover "jugaad" through situational photographic still lifes, throughout the daily street routine in Bangalore and get to know the people and their "jugaad" mindsets through conversations. What are the aesthetic qualities of the provisional or unfinished? How could we could learn from this approach towards things? An approach that is not clearly dividing into categories, but leaving a grey zone, where function and dysfunction become blurry.

Marius Land's works have been shown in different contexts and places. As part of his artistic practice, he understands working in dialogue. He was part of the gallery collective KASKL in Berlin and works as artistic-pedagogic staff for the German Youth Photography Award. Together with Moritz Freudenberg, he initiated a workshop project in Tbilisi, Georgia as part of a DAAD-funded residency at GeoAIR.

Marius Land @ Daily Dump (Oct. 2018)
I tried to come to Bangalore without a concrete idea, but only with an interest, that allowed me to observe, be surprised and hijacked, rather than following fixed ideas.
My interest was in the Indian cultural phenomena “jugaad”. Finding temporary and provisional everyday solutions, lacking needed resources and therefore relying on what is there. 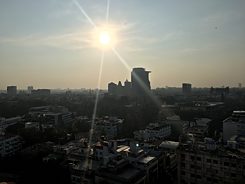 © Marius Land
Like this tinkering with the given, I tried to roam the city floating and not searching, taking interviews and observing with the camera, in order to find out what understanding people have of settling within provisory conditions. What living in the current means.
My questions were whether this scope allows for a broader understanding of the terms “function” and “value” of objects, bending the narrow categories of capitalistic recovery cycles. If jugaad allows for a different thinking on ecology on an everyday basis.
Personally, I was also thrown into a stopgap state. No kitchen, always relying on a taxi, the gaze attached to Google maps, deaf from the horns, filtered water, the heat, the heat, the heat, rice and curry for breakfast, lunch and dinner. 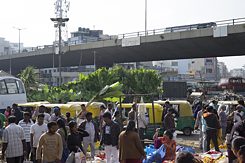 © Marius Land The more people I asked, the more varying answers I got on what jugaad means. And therefore I decided my work should not be about making definite claims, but showing contingencies. Over time, a text developed, that tried to link different stories and observations. Since this is what reverberated within me the most, that to every claim I thought I found, the opposite seemed true as well. That a constant negotiation is taking place. That people don't rely on political institutions and centralised systems, but on manifold, informal, interwoven networks of family, origin, class, etc. That India is too complex and therefore always only a simplified projection of the wishes and fears of the west. That a comparison just does not work. 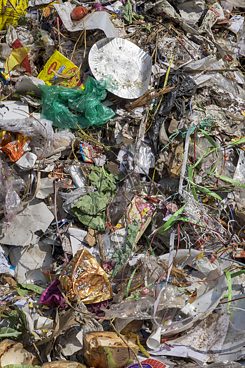 © Marius Land
My host Daily Dump was one of those actors negotiating for a new decentralised ecological thinking that relies on responsibility, flexibility and self-initiative. That tries to twist established terms like “waste” and “trash” in order to rewrite them, as an elementary part of a value cycle. I wanted to work here, since the question of to what extent design and art can change the terms we are speaking in, is also relevant for my artistic practice. Poonam Bir Kasturi, the founder, didn’t have so much time, due to the move into a new office and a holiday. But that gave me time to develop my own structures to work in. The Daily Dump team was very supportive and I had a lot of interesting conversations, helping me to understand local structures.

Before starting the residency, one should clarify with the host if expectations from both sides can be met. In my flat, there was no kitchen and no internet (fortunately as it turned out), which probably could have been arranged with better communication beforehand. But the openness of my host and residency gave me a lot of freedom to work on my project without compromising.

Visiting many events, shows and having discussions, I had the impression that there is a certain urgency and directness within artistic production. That artistic work here often correlates with political work and therefore that programmatic and performative discourses, rather than merely aesthetic ones, are important. I was lucky to meet many people, who were open and interested in my work, with whom I could form intensive bonds of exchange. This helped a lot in developing coherence through the overwhelming and chaotic every day, especially at the beginning. 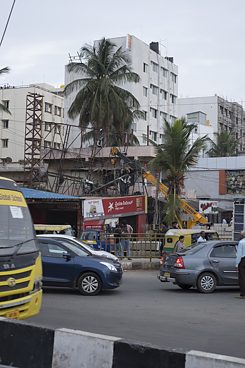 © Marius Land Being a white, male European, you constantly attract attention of a certain kind, as being the other. No matter where you are in the city, you are under interested observation, constantly taken to be the other.
Not being able to disappear was an intense experience that reverberates within me. At the same time as being a photographer, not exoticising and placing on display the people I was working with. The question remained whether I am actually able and want to make any statement, after only being in Bangalore for eight weeks, without drawing in a reflection about me and the Goethe-Institut. Without reflecting on the privileges of this residency and my passport. Therefore, I see my work as an attempt to start a conversation, which hopefully lasts and offers the opportunity to learn from one another. 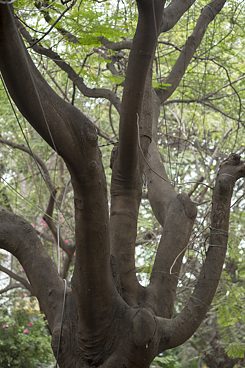 © Marius Land For the longest time, Bangalore used to be the Garden City. But like the broadband-wires wriggling through the trees of the city, everywhere is an infrastructural maze of new, functional and old, crumbling architecture, overburdened infrastructure and way too much traffic. The city is impressive within its profanity versus blatant technological and humanitarian highs and lows. Too big to be understood, but already familiar after only eight weeks.

Only a day before leaving I realised that I hardly saw any landmarks of Bangalore. But this seems to be the best proof that I really was there.

© Marius Land As an alternative practice of provisional interacting with and perceiving of everyday environments, this essay explores the Indian practice of Jugaad, by using case-studies and images.
As a way of making things do, Jugaad describes the tinkering of provisional solutions for everyday problems arising from material scarcity. This short essay explores Jugaad as an array of "dirty" practices, creating alternative logics of navigation, that provide another view on networks, environment and materiality.

"Things do making" is a project realised by Marius Land during his bangaloREsidency@Daily Dump. To read the online publication click on: https://marius.land/things-do-making